Menstrual rhythms, such as lunar cycles could affect 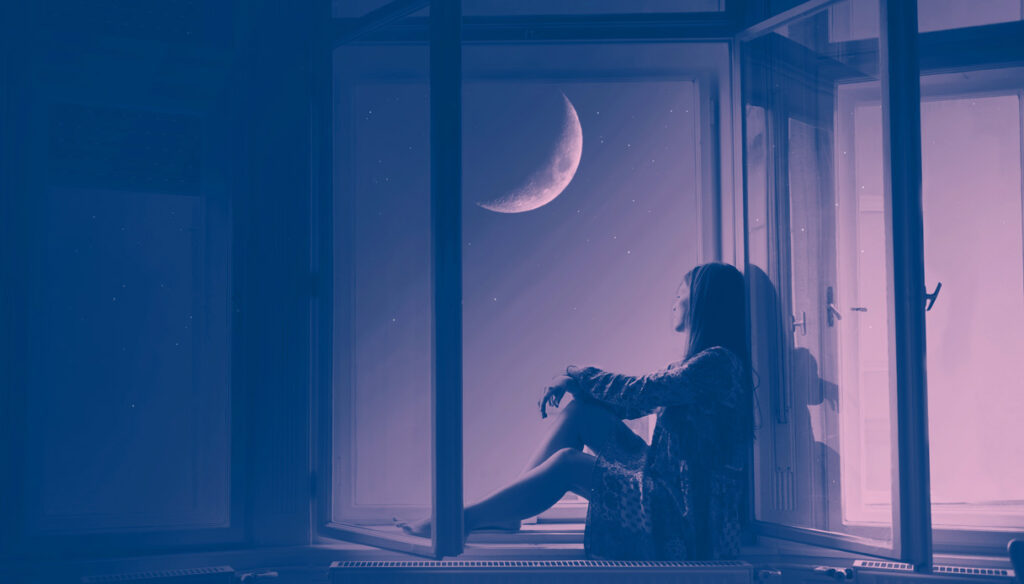 One study observed how menstrual flows "organized" with the phases of the moon. But no firm conclusions have been reached

"I have a bad moon". How many times has she heard this phrase, meeting a person with a not so joyful mood. And how often, over the centuries, it was thought that the lunar cycles could influence female physiology, not only to direct the moment of childbirth but also by interfering with the normal regulation of the hormonal flows that characterize fertile life.

Well, a research coordinated by Charlotte Helfrich-Förster, of the University of Würzburg published in Science Advances, says that this possibility should not be ruled out a priori even according to science, albeit difficult to confirm on large numbers, showing that perhaps the theories of our grandmothers they weren't entirely far-fetched.

The research examined the information collected from 22 young women who collected a diary on menstrual cycles for about fifteen years. According to what emerged, on average in about a quarter of cases it was observed that menstrual flows were "organized" with the phases of the moon, albeit with wide variations.

For some women, following the rhythms of the night turned out to be almost a "constant", while for many the alignment of menstrual cycles with the lunar ones was only occasional. In short, the relationship seen appears inconstant and can change but it would still be significant and would be particularly significant at a young age, only to fade more and more over time.

In fact, hormonal alignment with the phases of the moon was observed in almost one in four girls under the age of 35, but after this age it became much rarer: only a little less than one in ten women occasionally had this relationship with the "times" of the moon. It only happened about a quarter of the time for women 35 years of age and younger and only 9% of the time for older women. However, there was a lot of variance between individuals.

Attention then to a fact that emerges: the night lights could be a factor that tends to misalign the lunar rhythms with the menstrual ones, as if artificial lighting could represent a sort of external "variable" capable of also influencing hormonal variations feminine.

Obviously the study does not allow us to reach a certain conclusion, but it is nevertheless fascinating, in the anthropological path that links menstrual flows, ovulation, pregnancies and moon phases, indicating an action of the nocturnal star on female physiology. Last observation: ovulation would also be "indicated" in times of the new moon, almost as a "protective" legacy of darkness in ancient times.

Lunar influence or not, what matters is to make sure that the arrival of menstrual losses does not lead to irritability, tension, insecurity, with the risk of encountering sudden and unexpected mood swings, feeling tired and listless at any time of the day. Or, or sometimes even in addition, it means that the ankles tend to swell, that you feel pain in the breasts and that annoying headaches appear.

These are the many ways of presenting premenstrual syndrome, characterized by a set of discomfort that occurs 4-7 days before menstruation and improves or disappears completely with the onset of cycles. Regardless of the advice that must be given on a case-by-case basis by the gynecologist, what matters is to prevent and better tolerate these conditions.