Michelle and Barack Obama, a love lasting 28 years: from the first kiss to the difficulties (overcome) 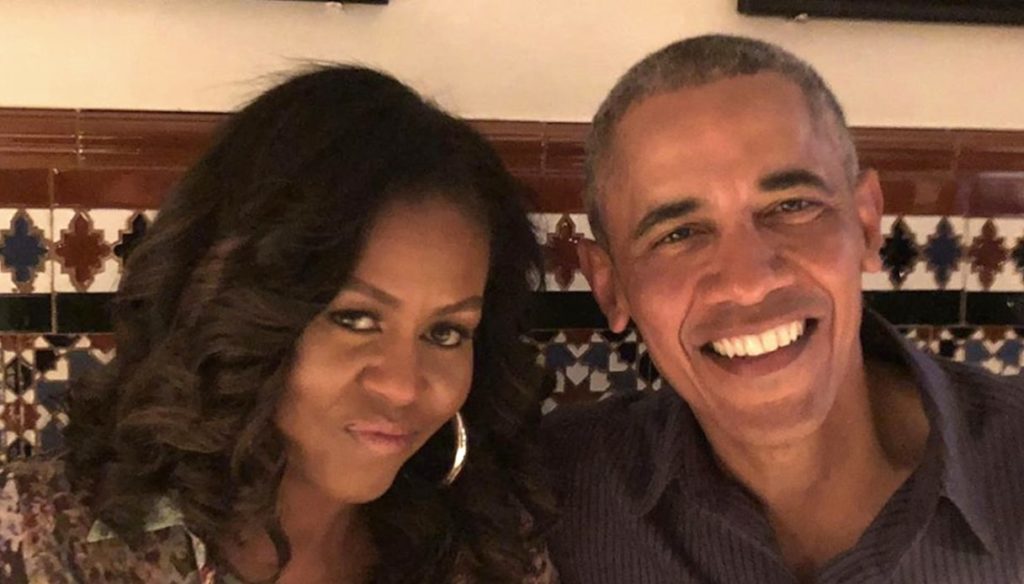 We retrace the love story of Michelle and Barack Obama, between tender encounters and crises faced without ever holding back

For 28 years they have shared successes and failures, joys and sorrows: Michelle and Barack Obama have lived – and are still living – a love story that has never yielded to adversity. And the passing of time seems to make them even more united and close-knit, accomplices and friends even before husband and wife.

“28 years with him. I love Barack for his smile, his character and his tenderness. I am grateful to have him as a husband on the path of our life ”- wrote Michelle on Instagram, commenting on a splendid photo that portrays her next to her husband. Who, on his profile, replied with another sweet shot and equally touching words: "Every day with Michelle makes me a better husband, a better father, a better man". So the two celebrated their anniversary, which falls on October 3.

However, their relationship was not born of love at first sight, nor did it seem to have any chance of becoming one of the most beautiful love stories ever. It was Michelle, in an interview for ABC News, who revealed some surprising details about her first meeting with Barack. It was the summer of 1989, and she had recently started working for a prestigious law firm. Who, almost by chance, that year had decided to welcome a young Harvard student into his ranks for a summer internship.

Well, that promising future lawyer was none other than Barack Obama: as a trainee, Michelle would be his tutor. For months, Miss Robinson (this is the former First Lady's maiden name) went to great lengths to dodge the insistent courtship of that self-assured boy, but in the end she gave in and gave him a date: the two they went to get an ice cream, and he hit her with a kiss, showing great sweetness. That was their first kiss, which was followed by many, many others.

In 1992, Michelle and Barack got married and a few years later they expanded the family: in 1998 the eldest daughter Malia Ann arrived, while in 2001 Natasha was born, known by all as Sasha. But the Obamas' life as a couple has not always been easy, starting right from the first years after marriage. Not everyone knows that Michelle had a miscarriage before the birth of her daughters: "I felt alone and lost, as if I had failed because I did not know how frequent abortions are".

A very difficult time for her and Barack. And fearing that they could not have children, they both decided to resort to assisted fertilization, thanks to which Malia Ann and Sasha arrived. However, it was certainly not the difficulties in conception that created some problems in the couple. From this point of view, Michelle has always been clear and genuine: in her autobiography Becoming and in various interviews she has addressed the issue, revealing her secret to making the marriage last.

“I wish everyone knew that Michelle and Barack, with their fantastic marriage, work a lot on their relationship. We have learned to express our differences and to ask for help when needed "- the former First Lady told ABC. In a recent podcast by Conan O'Brien, she also revealed that she had many ups and downs with her husband: "There have been many times when I just wanted to throw him out the window. These difficult periods can last a long time, even years and years ”.

But the couple has always dealt with problems, without holding back: “If we had given up in the face of crises, Barack and I would have been caught and given up all the time. But now we have a very solid marriage. If I had thrown in the towel, if I had left in those difficult moments, then I would not have also experienced all the beauty that came after “. Today, exactly 28 years from the day they pronounced the fateful yes, Michelle and Barack love each other like the first time and they couldn't be happier.

Barbara Catucci
5335 posts
Previous Post
Proper rest, dental hygiene and a good breakfast to protect the heart
Next Post
Elettra Lamborghini, her mare Lolita left her: "You were the best gift that life could give me"