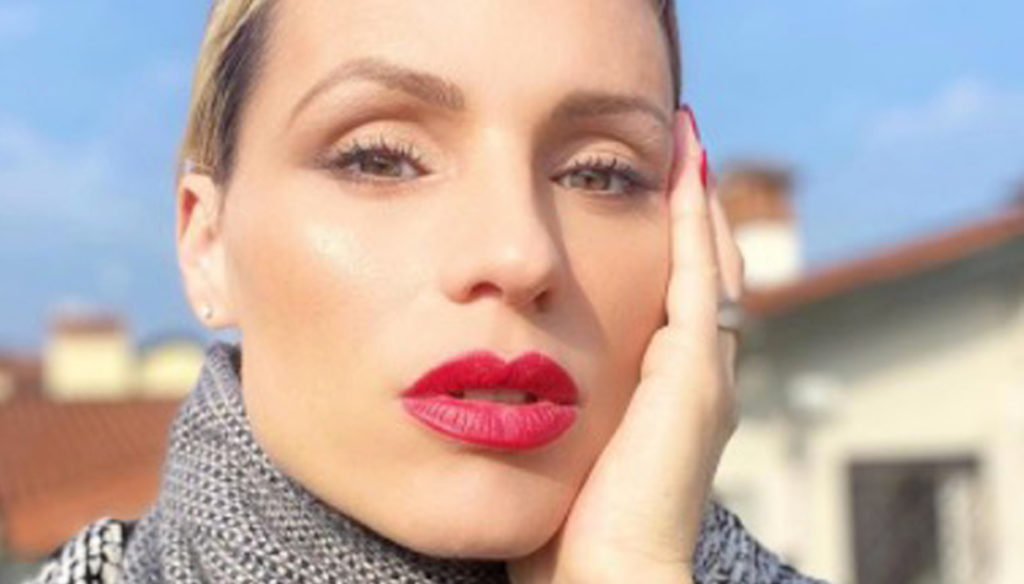 "I am against any form of discrimination": Michelle Hunziker apologizes after being accused of racism with Gerry Scotti during "Striscia la Notizia"

Michelle Hunziker, along with Gerry Scotti, was accused of racist attitudes after she simulated almond eyes in Striscia la Notizia. A gesture that the viewers did not like and that led the presenter to apologize publicly on Instagram.

Michelle Hunziker and Gerry Scotti during the episode of Striscia la Notizia in presenting the service dedicated to the management of the Rai headquarters in Beijing pretended to have almond-shaped eyes by stretching them with their finger and replaced the R with the L, in a skit that appeared to many viewers as a mockery of the Chinese people. The curtain unleashed the storm and on social media the presenters were accused of racism.

Among others, the accusation also came from the Instagram profile, Diet Prada, one of the most influential in the fashion world, the same one who pointed the finger at Dolce & Gabbana for an advertising campaign on China. The post that appeared on the account in question reads that Gerry Scotti and Michelle Hunziker: "They started by mocking the Chinese pronunciation of the letter R, calling the network" LAI "instead of" RAI ". The conductors then continued raising the corners of their eyes in the manner of common racist gestures intended to caricature Asian traits ”.

Faced with accusations of racism, Michelle Hunziker responded by apologizing with a video shared on her Instagram page. Dressed entirely in white, the presenter explains: “In my career I have always listened carefully and learned from your feedback day after day. I am deeply sorry for what happened last night and for all the people I have offended. It was not my intention to do so. I repeat that I have always been against any form of discrimination. Thank you."

Follower comments are mixed. There are those who defend Hunziker, believing that her intentions have been misunderstood: "You are wonderful Michelle, we know you and we know that you would never do anything that could offend others.❤️". And those who believe they have exaggerated: "You do not really realize the damage you do."

It is not the first time that Michelle Hunziker is at the center of the controversy during the conduct of Striscia la Notizia. In May 2020 she was overwhelmed by the Giovanna Botteri case, resolved through a clarification with the journalist.

Barbara Catucci
8415 posts
Previous Post
Isometric exercises: benefits, what they are and how they are performed
Next Post
Kim Kardashian and Kanye West, what the divorce agreements say