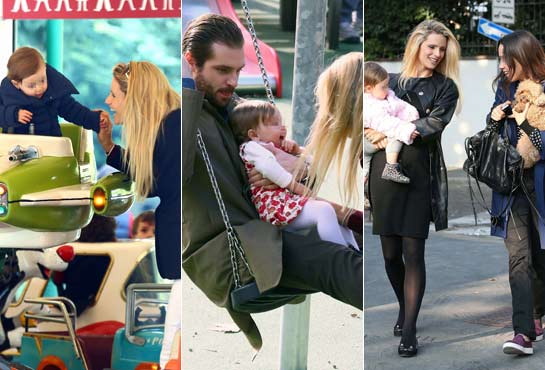 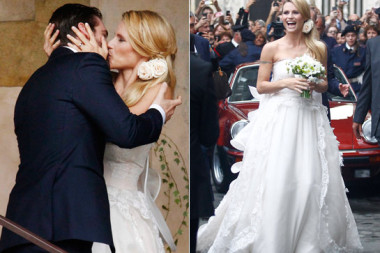 Tomaso has changed his life: he has restored her confidence, serenity, balance. Michelle Hunziker, the entrepreneur's fresh bride, does not cease to repeat it with smiles, hugs, kisses. She and Tomaso cuddle their little sun in the park. They take care of it, guide it, make it play. Michelle's happiness is conquered, also thanks to the support of Aurora, her first daughter, who today is Trussardi's testimonial in a campaign designed by her boyfriend, Marco Ferrero.

"I was single for a long time and she started not wanting to go out so I wouldn't be alone. Then she said to me:" Mom, that's enough, you have to get engaged! "". In an interview with La Vita live, the Swiss showgirl told us about this background which reveals an unprecedented and tender side of the relationship between her and her first daughter, had by her first husband, Eros Ramazzotti (who expects from his wife, Marica Pellegrinelli, her third child, ed.)

Aurora appreciates Tomaso, she is an important point of reference for her: "He acts as my older brother, he always knows what to say at all times, and he knows how to make me happy", the 17-year-old wrote on the eve of the wedding celebrated on 10 October. "It amazes me – added Michelle -, is a girl who really has great strength. Ask is tough as a social, people are very direct. She doesn't suffer from it at all, it's not that we get hurt. Just be very rigid, but Aury has understood social rules very well, she is very clever ".

Theirs is an extended, close-knit family, which rests on the understanding and understanding between Michelle and her husband, father of Sole and the child who will soon join Aurora and Trussardina. Yes, as we have anticipated, the third daughter of Hunziker will be a girl who, unless denied, should come to light in early March.

Ilaria Barabrossa
1519 posts
Previous Post
Diet, the slimming properties of green tea
Next Post
Meghan Markle on the verge of a nervous breakdown: she is increasingly tense