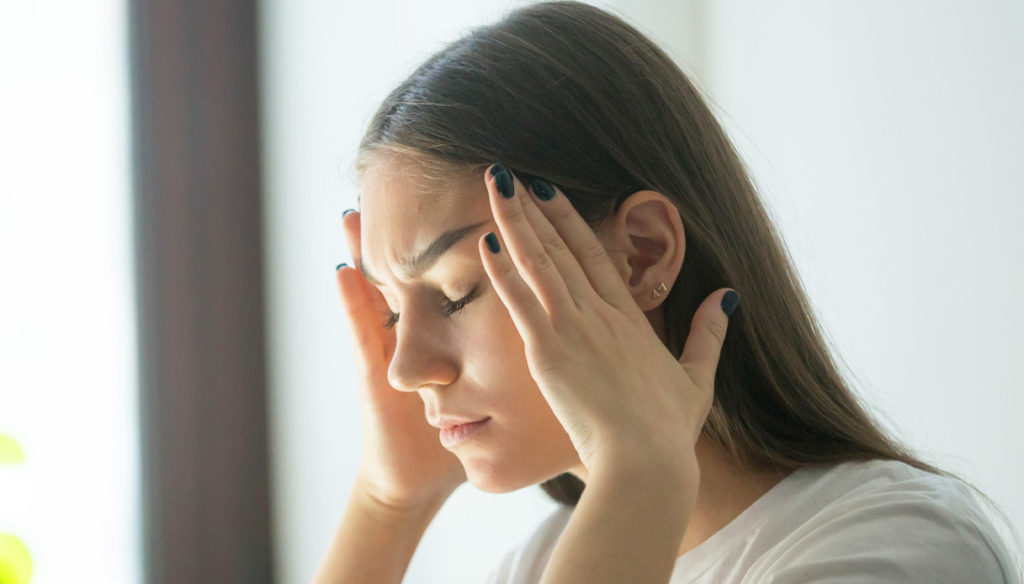 Differences between migraines with and without aura, the symptoms of the crisis, the subjects most at risk and the possible triggering cause

It is often said that migraines, a disease that mainly affects women, do not let them live. The pain can become unbearable, it becomes difficult to carry out your daily activities, sometimes even just the light becomes a nuisance and you have to stay in a dark room.

Science is making progress to unravel the secrets behind the crises, which must be recognized and diagnosed correctly because even if we talk generically about migraines, not all forms are the same. For one of these, migraine with aura, hope for the future comes from an experimental study coordinated by Daniela Pietrobon of the University of Padua and K.C. Brennan of the University of Utah. The study, in mice, unveiled a new, potential mechanism that would come into play in the genesis of seizures in experimental animals.

Without or with aura?

In general terms, migraine is one of the most common forms of headache. But it is not always the same both in intensity and in the way in which crises are presented. The most frequent form, which collects about 8 episodes out of 10, is the one without aura. It is generally characterized by frequent headache attacks – which can last from a few hours to three days – usually one-sided with throbbing pain – of moderate or severe intensity – which worsens with physical activity.

During seizures, the patient may show intolerance and discomfort to light and noise and have episodes of nausea or vomiting. Irritability, moodiness and depression can be the warning lights that signal the onset of a crisis. In the female sex, which accounts for about 60% of cases of migraine without aura, the onset tends to be limited to a period close to or overlapping the menstrual cycle.

Migraine with aura, on the other hand, is an idiopathic headache that is characterized by the presence of unilateral attacks with neurological symptoms that normally develop 5-20 minutes before the attack and last for no more than 60 minutes (aura). Technically in these cases the headache is preceded by visual disturbances or by illusional deformations of the structure of the objects. In other variants of the aura, unilateral paresthesias or hyposthesia occur instead. More simply it can be said that the crisis is often preceded by visual disturbances or by "falling asleep" of an arm.

The research of Paduan and American scholars, in practice, proposes as a possible mechanism capable of "igniting" crises a sort of "anomalous waves" that pervade the brain: these are "puffs" of glutamate that could also come into play other neurological pathologies.

In mice, the study has in fact shown that the increase of this substance among brain cells could favor the appearance of electrical "anomalies" capable of spreading in the brain, like real tsunamis that could become responsible in some way for migraine crises with aura and other problems.

Because it is a female pathology

Migraine is not a symptom but rather a neurological disease that mainly afflicts women. Studies say that this condition follows the fluctuations of female sex hormones, presenting phases of greater acuity and severity in the days of menstruation and ovulation.

It typically shows an improvement during the second and third trimesters of pregnancy and then reappears in all its disability after the puerperium and breastfeeding. The disappearance with menopause is anything but a rule since in one third of women it persists unchanged while in the other third it shows a worsening.

On the crisis front, an attack can last up to 5-6 days as a whole. You can "feel" already 24 hours before the pain with vague symptoms such as tiredness, irritability, depression, yawning, particular appetite for sweets (and among these chocolate).

The actual attack lasts from 4 to 72 hours. In this phase, severe pain is added, typically affecting one half of the head, and numerous symptoms such as nausea, often very intense, and vomiting, sometimes characterized by repeated retching.

The pain is throbbing and is exasperated even with minimal movements, forcing the subject to withdraw to the sidelines, isolated from noises and lights towards which he becomes very sensitive. After the crisis, there may be impatience, prostration, a decline in mood, a constant need to urinate. On the treatment front, of course, the word must go to the doctor and in particular to the experts of the Centers dedicated to the treatment of headaches, present throughout Italy.