The singer has entrusted a touching message to Facebook and Twitter for the premature death of his niece, crushed by a bone tumor 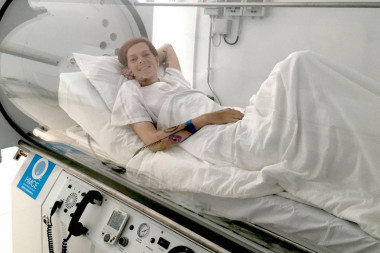 Bimba, nephew of Miguel Bosé, died at the age of 41. A bone cancer killed her after three years of illness. The singer, now 61, has entrusted Twitter and Facebook with a poignant message to say goodbye to the woman: "good trip baby girl, my accomplice, my partner, my love, my dear daughter. Lead me".

The post on Facebook has received over 60 thousand "likes" and more than 3 thousand shares. Miguel's fans gathered around him and shared his pain.

Bimba Bosé, who in reality was called Eleonora Salvatore, was a singer and model. For almost three years he had been fighting cancer but always with determination and extreme positivity. On his social profiles he documented his fight against the disease, always faced with great dignity and courage (like Shannen Doherty).

He had written lately about having very bad bones due to cancer, but he didn't intend to give up. Miguel wrote about her: "I respected her. A woman who showed the beauty of not being all the same ".

Lorenzo Gavazzi
2455 posts
Previous Post
Lips: like having them beautiful with the lip plumper
Next Post
The synergistic diet, how to pair foods to burn fat