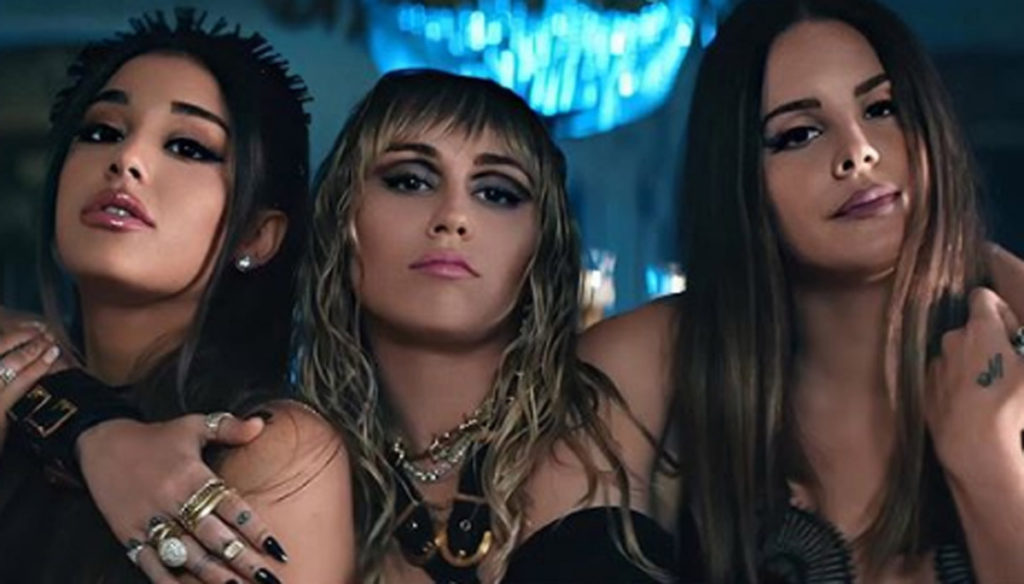 Don't call them angels, because they have fallen from Heaven and live like devils, being enough on their own and asking for respect and emancipation.

They are Miley Cyrus, Ariana Grande and Lana Del Rey, authors of the song Don’t Call me Angel, taken from the soundtrack of the film “Charlie’s Angels”, directed by Elizabeth Banks, out to the cinema since November 21st. A real hymn to "girl power".

The video, released in recent days, is already a record, thanks to the presence of the three singers, in skimpy clothes and super sensual movements.

The song was written six hands by the three artists while the soundtrack, also co-produced by Ariana Grande, will be available from November 1st.

The text is a whole program, in line with the feminist message of the film:

You can't pay my price
I am not from any Paradise
Yes, you heard me right
Even if you know we fly
Don't call me an angel
I earn my money, and I process the checks
So say my name with a little respect
All my girls are successful, and you're just one of our guests
Don't you know I bite when the sun goes down?
So don't try to get close to me
It might work with her, but not with me
I fell from Paradise, now I live like a devil …