Minimal garments are back in vogue, but they must be handled with care! 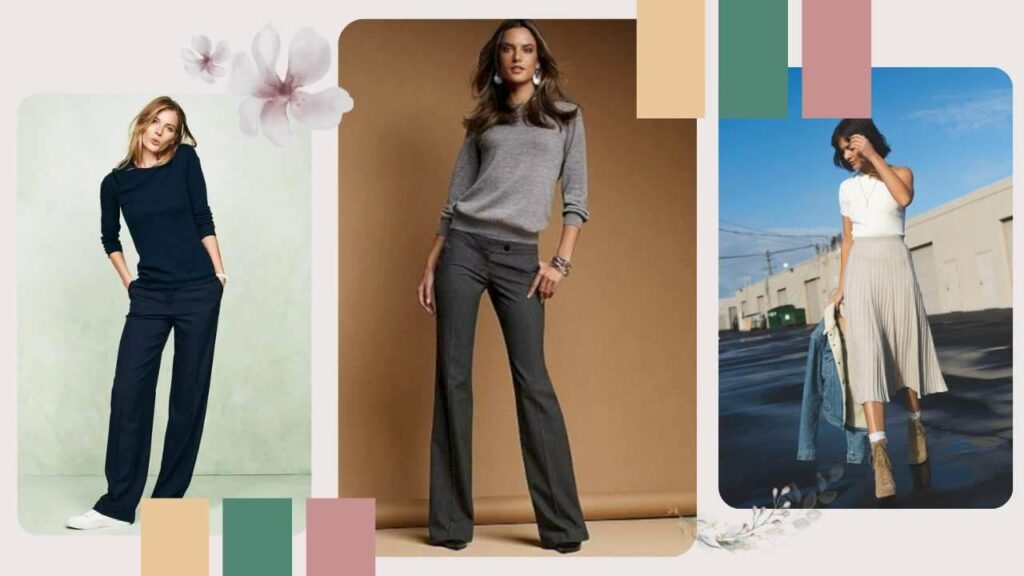 If you want to wear minimal clothes, go ahead, but be careful not to fall into these mistakes that could completely ruin your outfit.

Minimal fashion literally invaded the 90s all over the world and this year is making a comeback. 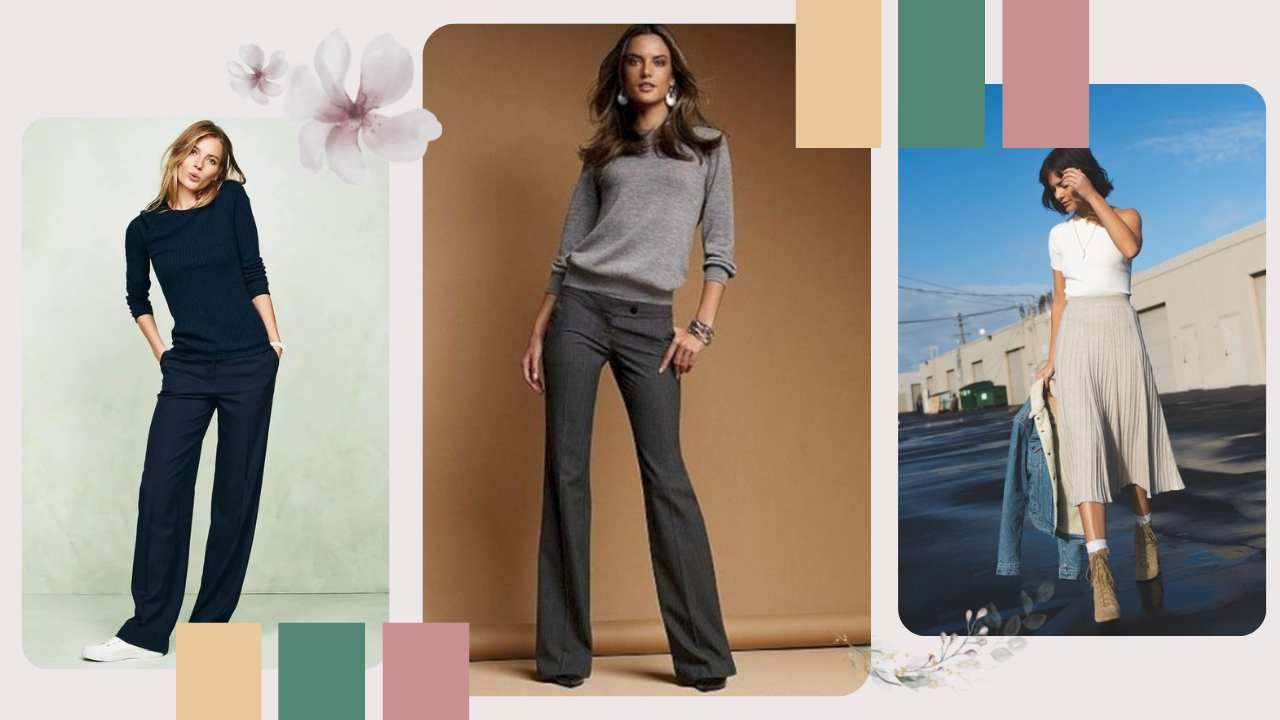 After all, that was the decade in which the excesses typical of the previous one – of which Madonna was an icon, just to mention one name – were giving way to sobriety.

Simple lines, few colors and not gaudy, neutral nuances: this was the basis of this fashion, which more than anything else we can define a way of being, of reasoning, of living.

Thus the bright colors of the 80s gave way to black & white (and very few other colors), the excessive volumes left the necessary space for experimental and elasticized fabrics, which could enhance, but not attract too much attention.

Sexy, glamorous, at times almost austere, the minimal woman was so requested that she was catapulted directly onto the covers of fashion magazines and the most famous catwalks around the world.

This philosophy, towards the end of the 90s, had managed to convince even Miuccia Prada, which in 1998 had launched its first minimal collection.

And not only that, because there were many stylists who wanted to savor the taste of less is more in that period.

Among these we cannot fail to mention Martin Margiela, with his style halfway between art and fashion. The Tabi boots, its label with four holes, the gilets with fragments of porcelain plates had become the emblem of this movement.

Likewise, even Calvin Klein had said yes to minimal style between visible lingerie, denim, cotton t-shirts and slip – dresses. All expressed through her “muse”, Kate Moss, who wrote the history of fashion of that historical period.

Helmut Lang then became the “purist” of the minimal style in those years – so much so that he was even awarded by Artforum as a stylist symbol of the movement – expressed to its extreme: just think that in those years his top models paraded without make-up and with low heels.

And not just because we have seen minimal fashion on Hollywood super stars, like Gwyneth Paltrow and now we are starting to see it again, even on the catwalks.

An example? The minimal and passepartout dress by Giada, part of her spring collection.

So if you want to wear a minimal garment, know that it is the right time to do it, but if you want to follow this philosophy of life and make it your own, be careful not to make mistakes.

The mistakes not to make when you wear minimal clothes

More than just minimalist fashion, we should talk of a real aesthetic, that pervades not only the outfit, but the whole look in general. 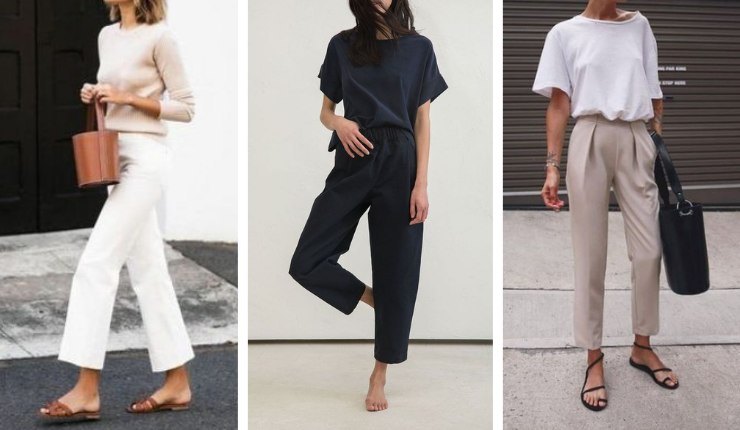 That’s why it’s not enough to wear a “simple” dress, without too many frills. This fashion represents a return to origins, a goodbye to all that is superfluous, which is not really necessary 100%.

So if you want to wear a minimal dress, be careful not to make these mistakes.

In the meantime, then, here are also the over 40 style mistakes to avoid in the office look.

Minimal means comfortable, practical, simple. We can’t think of wearing a minimalist dress and then overdoing everything else.

That’s why if we wanted to follow this trend to the letter, we should carefully select the right accessories.

That is, we have to find the right balance between this trend and our subjective taste.

For example, jewels with an arty touch are perfect in this case, as are bags with a particular and unconventional shape, so to speak.

Yes, therefore, essentially to particular accessories, but which are not too showy, nor flashy, nor excessively colorful (otherwise what minimal fashion would it be?).

Yes, that’s right, in the minimal fashion of we have seen all sorts of 90s (but not in the literal sense of the term, mind you).

We have seen, for example, the Lumps & Bumps jacket by Comme des Garçons, the pleated garments by Issey Miyake (which had found their place in the Pleats Please line) and so on and so forth.

But all of them – even the stylists who at first glance might have given life to the strangest and most peculiar collections – had an imperative: no to too many colors.

Yup to white, to black, to neutral tones of beige. They go also good touches of color (Ann Demeulemeester, another pioneer of minimalist style in the 90s, had decided to color some of her collections lilac).

But precisely, they must be small parts of the outfit. And most importantly, you should lean towards in any case non-bright colors and for a maximum of one color that is not among those we mentioned earlier.

Renounce the mix & match but not the cut out

Minimalism and mix & match they can’t even be in the same sentence. They are poles apart, one the exact antagonist of the other, and it is not the case where opposites attract.

We can mix fashions in many cases, but not in this one: the minimal style is already quite “bulky” in itself, it does not need allies.

The only exception: the juxtaposition between fabrics. On this we can play as much as we want, we have no limits.

And then this principle it has nothing to do with the shape of the garments we wear: who said we can’t opt ​​for a crop top, or for a cut out detail?

Both things will be fine, but obviously we will still have to choose sober shades, but we absolutely must not give up on discovering a little skin.

Gianluca Zompi
2069 posts
Previous Post
The position preferred by most women is this: did you know?
Next Post
Be careful if you are engaged to them: they are always dissatisfied in love