Mourning for Dodi Battaglia, his wife Paola has died: the heartbreaking announcement 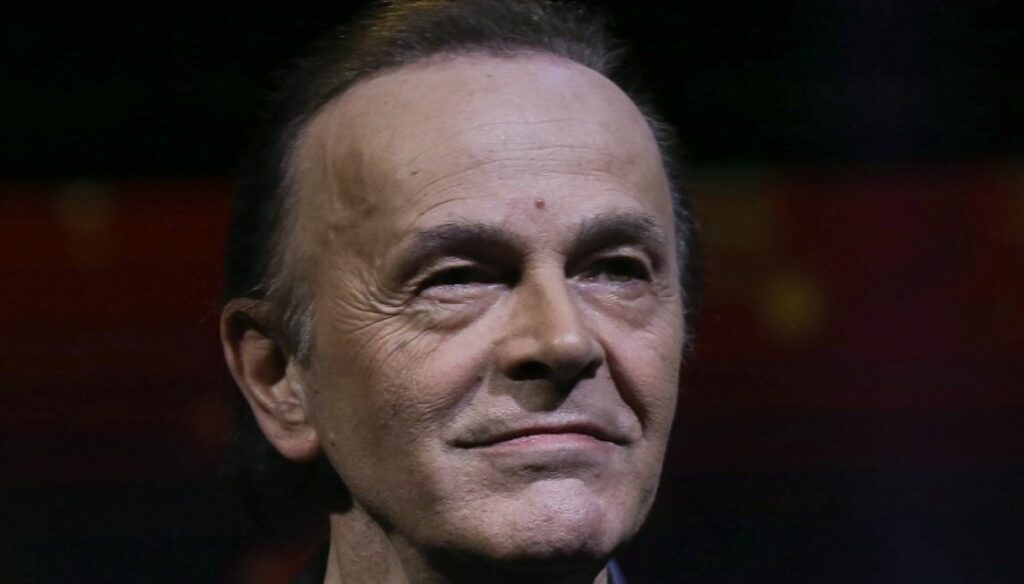 The announcement of the death of his wife, Paola Toeschi, Dodi Battaglia gave it in a few simple words. Faced with the disappearance of those we love, we remain helpless, as if we are no longer able to write or speak. "It is with excruciating pain that I communicate to you that this morning my wife Paola left us after a long battle".

Paola Toeschi was the third wife of Dodi Battaglia: a love, theirs, which has always evoked special emotions. The historic guitarist and singer of Pooh was struck by Paola's incredible strength: the couple, however, found themselves facing the worst evil that can affect any life. In 2010, Paola announced that she had a brain tumor.

The fight against the disease unfortunately began more than 10 years ago. “Until the night before I was fine, the morning after the crisis and the diagnosis: brain tumor. The world falls on you ", he said in an interview with La Stampa. She also wanted to write a book, in her own words, on what had happened to her: “Stronger than evil“. Today, it all sounds incredibly heavy: hard to believe, hard to read. “I was thinking of my daughter, who was small and would be left alone, and I wondered why it happened to me,” said Paola.

Dodi and Paola shared the classic love story that leaves no room for unhappiness. Together they had found their way to live, to support each other and to lean on, on happy days, as well as in storms. For this reason, the announcement of Paola's disappearance is so dry: there is absolutely nothing that can be expressed after the loss of a soul mate. Every word is out of place. Each sentence appears empty, devoid of any meaning.

In addition to the announcement, Dodi has attached a photo on his Facebook profile: a partly clear sky, with some clouds obscuring the horizon. A metaphor of what his life will be: looking upwards, looking for a sign of his wife, to receive hope and strength, to feel her still close, at least once. 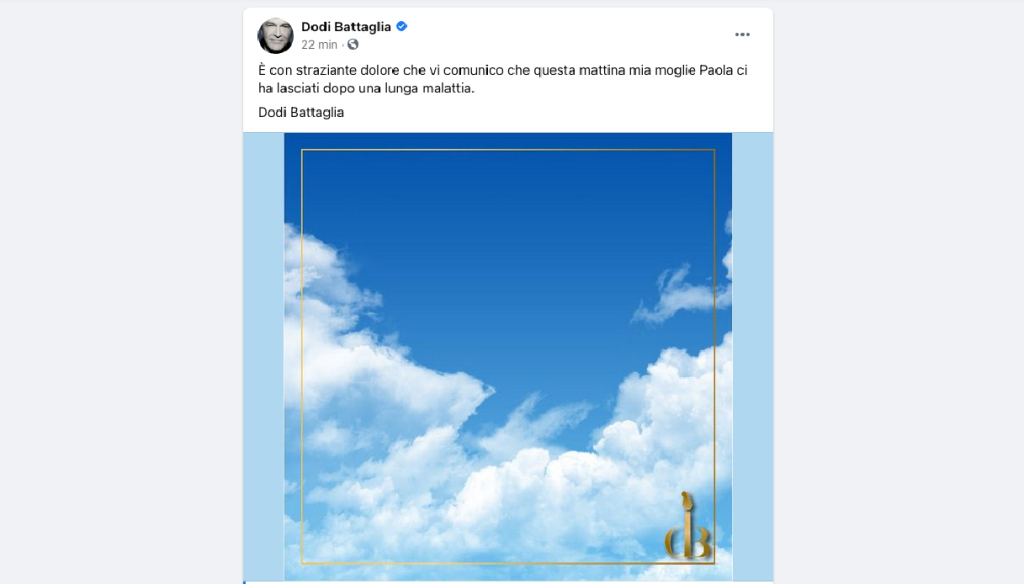 Dodi Battaglia, the announcement of the death of his wife Paola on Facebook