Mourning for Russell Crowe, his father dead: the announcement on Twitter 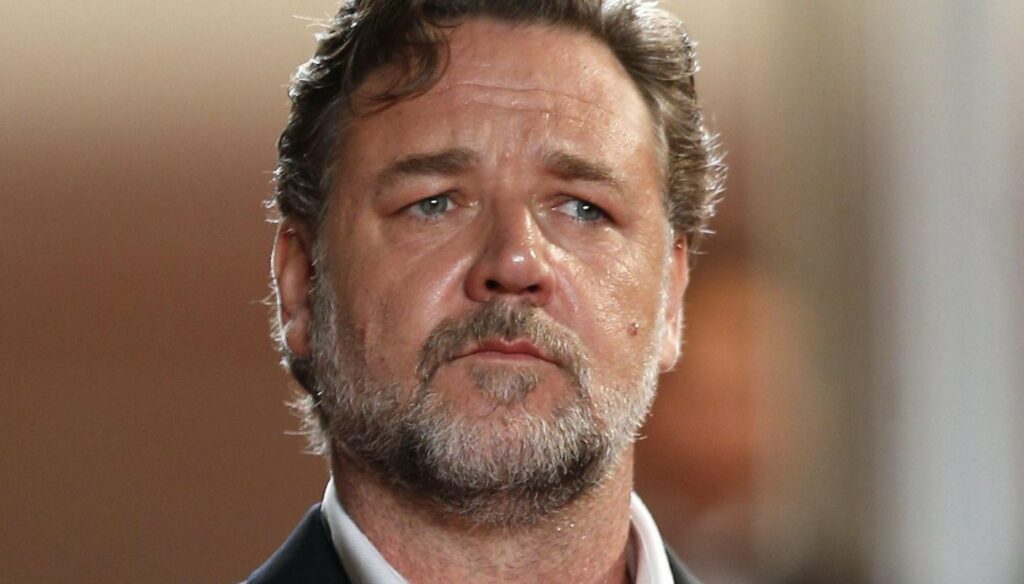 Russell Crowe lost his beloved dad John Alexander. The announcement on Twitter with a very sweet dedication: "He was the kindest of men"

Mourning for actor Russell Crowe. With a touching tweet, the Hollywood star announced the death of his father John Alexander Crowe. The tender words of a son who adored his father, but full of sadness and melancholy for a void that can never be filled again.

“I went back to the bush last night. Today, even if the sun is shining and the torrential rain has subsided, this date will forever be tinged with sadness. My dear old man, my beautiful dad, the kindest of men, is dead “, so began the famous Gladiator on Twitter.

John Alexander Crowe died at the age of 85 at his home in Coffs Harbor, New South Wales. This is where he has lived for the last 25 years, where, among other things, the actor had temporarily moved in April 2020, to spend the isolation for the pandemic alongside him and not leave him alone.

Crowe's Twitter post continues with a truly emotional dedication to his dad: “I'm posting this because I know there are people all over the world who have touched their hearts and ribs, who have tickled with their sparkling eyes and his brazen attitude towards everyone and everything ”.

As can be seen from the actor's words, John Alexander Crowe was a man who left his mark on the hearts and lives of many. After all, Russell himself has never hidden that his father was a great inspiration for him in his career. Indeed, to be honest, the actor embarked on his path in the world of cinema thanks to his father who decided to move from New Zealand to Australia with his wife Jocelyn and little Russell (who was then four years old) to work as restaurateurs. on movie sets.

Russell Crowe has always spoken with great affection about Papa John, his splendid character and how he was a balanced and sweet father, who never made him lack for anything. In an interview with the Daily Mail some time ago he said that his father had never raised his voice with him before teaching him to drive. A father, John, who didn't have much but who always tried to support his son. A big loss for Crowe, currently on the set of Thor: Love and Thunder in Australia. 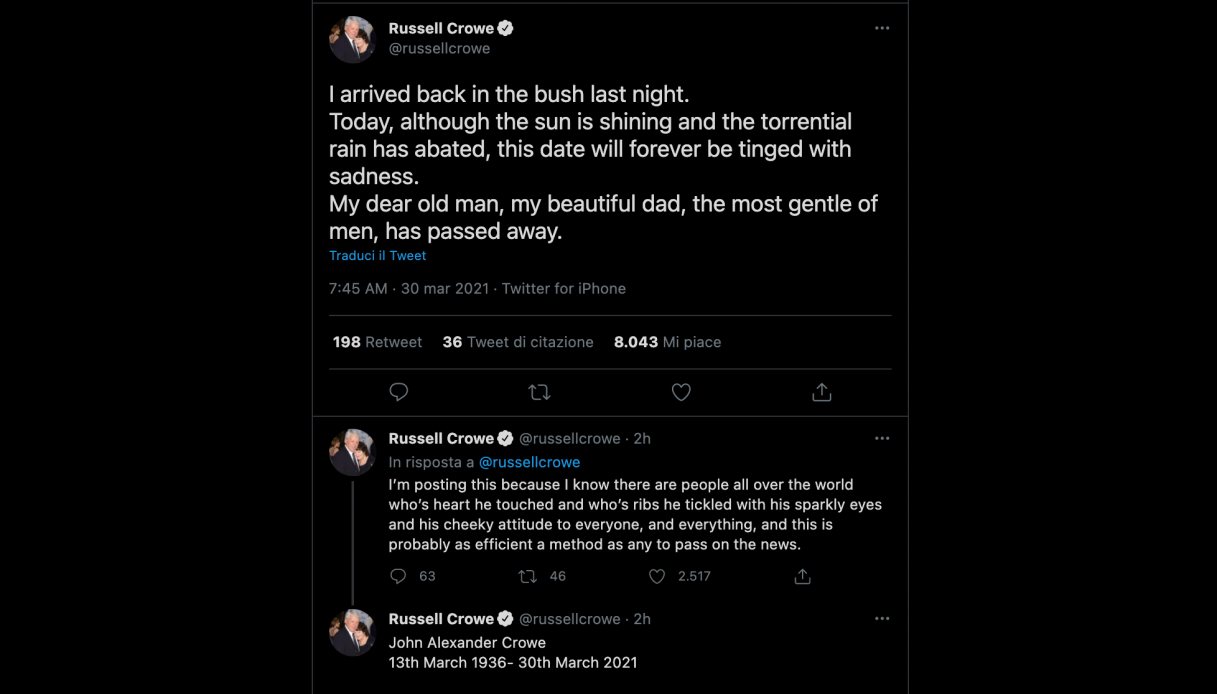 Russell Crowe on Twitter: the announcement of the death of his father John Alexander