Movies and cartoons to watch at Christmas 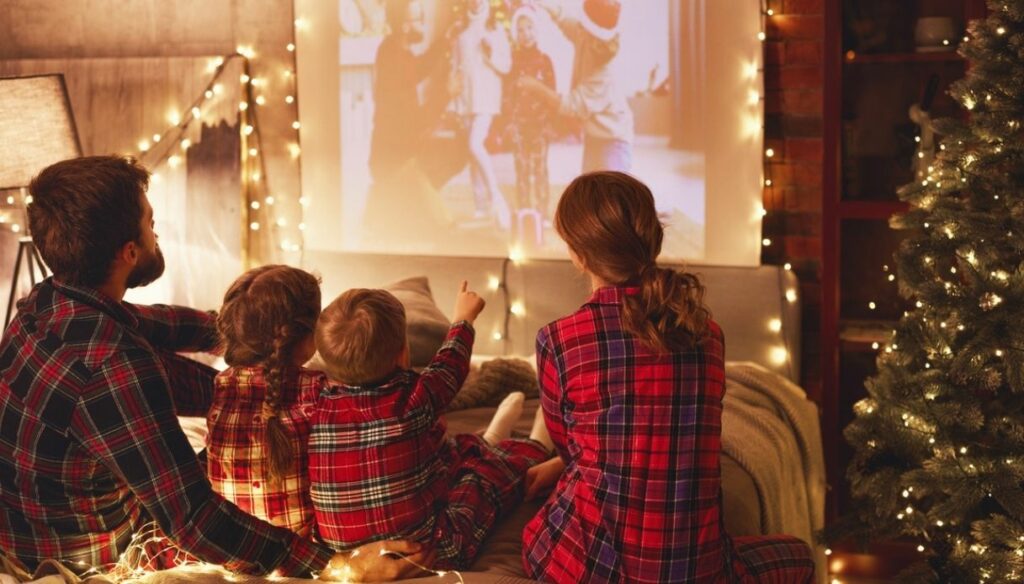 Over 30 films and cartoons to watch and review at Christmas. From Disney classics to new Christmas releases. From romantic films to comic and iconic ones for a family Christmas.

Here is a fat list of films and cartoons to watch with children during the Christmas holidays. From classics to new ones, to animated family movies, in front of the screen, jam-packed like American Christmas movies have taught us. First half: hot chocolate, cream and marshmallows, for those who are not afraid of cavities, slices of pandoro and panettone, sugar sticks and nougat, gingerbread men, as if there were no tomorrow. Gastric lavage break, and then start again with the salty and repent in January. Christmas is also this. Long afternoons, in front of the TV, snuggled with the children, in pullovers that made Mark Darcy blush, glued to watching Christmas movies and cartoons.

Nobody forbids us, to be honest, to turn off the TV and read a little, after all, there are many proposals for children, dedicated to Christmas, to give an even more magical touch to the holidays.

Here is a list of more than 30 movies, series and cartoons to watch with the kids, and some suggestions for romantic Christmas comedies to watch when the little ones are asleep. Let the Christmas marathon begin in front of the TV… and Merry Christmas!

Christmas movies and cartoons to watch with children

Some names of these Christmas movies and cartoons will not be new to you. Others, however, more recent, you could take the opportunity to see them for the first time too. Here are 10 films to watch all together, which you should also find on Netflix.

If, as protagonists, there are the spouses Santa Claus and the elves, we certainly cannot go wrong. All catapulted into the village par excellence, the one that made us all dream. Films should be seen expecting the question of questions: does Santa Claus really exist? Have you seen it?

The son of Santa Claus

Very nice animated film, with lots of laughs. Arthur Christmas, the youngest son of the man with the long white beard, sets up a bizarre mission, to deliver the last gift, two hours before dawn, to save the day most awaited by children all over the Earth.

Klaus the secrets of Christmas

A pearl. Marvelous. One of those animated films that could kidnap adults more than children. The young and spoiled Jesper is sent by his father, as a punishment, to be a postman at the North Pole. The task that falls to him is far from trivial, to be able to return home as the prodigal son. What awaits you will be a great opportunity for growth and the discovery of your abilities.

Christmas movie par excellence, suitable for the whole family, is brand new. Fun, emotion and magic are the rings that hold the plot together. Nikolas goes in search of his father, in a frozen landscape, towards the village of the elves. With him there will be reindeer and mouse, faithful and constant presences, in the adventures where the shadow of Santa Claus dominates.

A certainty without expiration, which needs no introduction. For almost twenty years, its lights have reflected on the glass of our window. How, after all, just from a glance through a window, the adventure begins.

Short film that comes to life from the most famous animated film, “The Ice Age”, is dedicated to lovers of the genre and to the little ones. Fun adventures, with the usual protagonists, in a version suitable for the season.

Animation film, about 30 minutes long, with a spiritual aspect. The story focuses on the figure of Jesus. The protagonist is a pretty little girl named Angela who, after going to church with her family, has an idea that will give rise to the adventure.

rise of the Guardians

Wonderful animated film, with an epic tone, which stars not only Santa Claus but a series of myths: from the Tooth Fairy, to the Easter Bunny, to the Little Man of Dreams.

Certainly an original perspective, Christmas is viewed from a decidedly otherworldly point of view. Suitable for lovers of the fantastic genre.

Disney classics: for a Christmas with a taste of the past

Disney family movies and cartoons have been the heart of Christmas since the era of the first Micky Mouse. Unmissable are the many variations, capable of gluing all generations to the screen: the past and the present, united in front of the screen, without anyone making a plissé. Classic, with a reassuring flavor, like the era they tell, in which everything is transmitted in a romantic and genuine way. From Daisy Duck’s cakes, to the Christmas crafts of Qui Quo and Qua, to which we could be inspired, to spend some time in a playful and fun way, making Christmas decorations. Here are 5 titles, among the most loved. 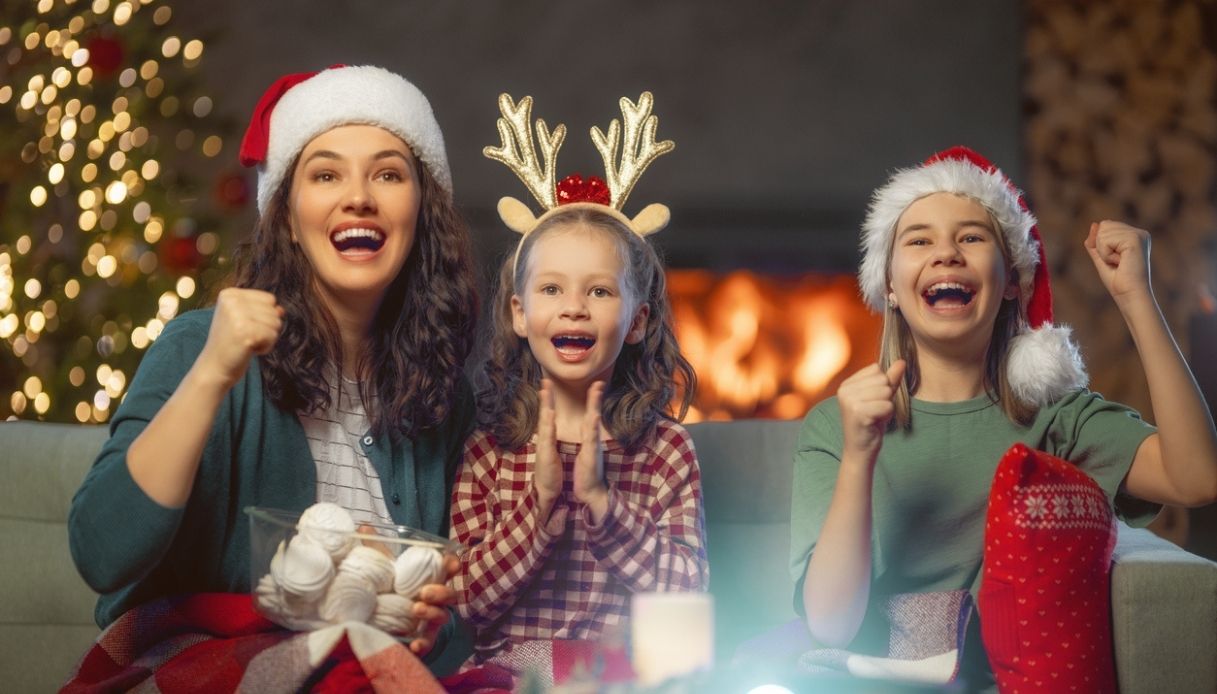 Movies and cartoons to watch on Prime Video

Below, some unmissable of this period, which you can find on Prime Video. Animated films, cartoons and family films from which Christmas is breathed since the opening. For this, there are no excuses: if you have not yet activated the platform, it will be an opportunity to experience it. By registering you will be entitled to a 30-day free trial, with no obligation to renew. After this period, you can decide whether to continue the adventure on Prime Video or cancel your subscription, at no cost.

Mom I missed the plane

It needs no introduction, the Christmas movie par excellence. Anyone who saw it as a child can only see this Christmas comedy again. A classic that is scary, makes you cry and makes you laugh, depending on the age of the audience.

Without the Grinch it’s not Christmas. A true animation classic, almost more famous than Christmas itself. Kids will love it, making it a tradition to repeat every December.

Mariah Carey’s All I Want for Christmas is You

An animated film, by Mariah Carey. The queen of Christmas who, with her voice, has been accompanying our walks in the street for years, such as shopping in shops, or parties at home, becomes a child among children. A Christmas icon for even the little ones to look at.

The Apprentice Santa Claus – On the Wings of Christmas

A certainty, since 2013, a French animated film with a classic plot but always loved and revived. Here is the incipit. Santa has to retire and choose a replacement. A kid, with all the right qualifications, could apply for the position with predictable success, but he doesn’t have much self-confidence.

The first season of Christmas in Car City will capture the attention of the youngest in the family. Twenty episodes, in which the protagonists are cars, trucks, tow trucks. A simple plot with good feelings, which will appeal to girls and boys.

Returning, for a moment, to the Christmas classics that need no introduction, how can we not include one of the most beautiful and original of Burton’s house! Certainly not suitable for preschoolers, probably, for them, dark colors and graphic style do not even arouse great appeal. For others, it remains a film to see and review, otherwise it’s not Christmas.

Harry Potter turns 20. Not realizing it is really impossible. Everywhere, from clothing for boys and children, to bookshelves, to toy departments, the contamination of our favorite magician is particularly impactful this Christmas. Prime Video gives you an endless marathon these days. Ready with popcorn and gadgets like we were at a Pink Floyd concert?

For us parents, and for adults in general, here are some suggestions between comedies and films to watch without the presence of children and which, by plot or language, are not suitable for minors. You can find them all on Netflix.

Christmas with a stranger

A two-season Norwegian series, which can only make you dream with a setting that does not skimp on reindeer and sleds. A young woman, left alone among brothers and friends who has not created a family, seeks love. A must for romantic hearts and Nordic style lovers.

American comedy, despite a brisk language, a more commercial plot and a somewhat predictable ending, is a film to watch. Here too, struggling with a family that creates pressure on non-engagement, a girl, to get through the holidays, will hire a partner with the same needs as her. The two will give life to many adventures and hilarious scenes.

American film of 2021 is set in a whitewashed America preparing for Christmas. A young writer, registered on Tinder, to take artistic inspiration, is forced, by her boss, to an unlikely meeting. Romantic, comical, friendly. A real red festival, including pajamas and sweaters: all very Christmas.

The classics, without season and without age, not to be missed

Whether they talk about Christmas or not, it doesn’t matter. There are family movies, which are part of the childhood of many of us. Films that came out at Christmas, many ages ago or that went on the air, for the first time, during the holiday season. Who saw them as a child, who as a parent. Whether they are part of the TV schedule or found on streaming platforms, it doesn’t matter: they are films that we have to see again at Christmas! Essential, for grandparents and grandchildren, they are the glue of the parties on TV. Here are a few.

Since 1984 it continues to make us dream. Tell us about all of us. Fantasy increasingly put under stress, from a world that would like to enclose it. Of the lack of self-confidence. To the tragedies of life, which upset our lives. To the possible rebirth, when courage beats fear. Not seeing him and seeing him again is an unforgivable sin.

Let’s go back to the legendary 80s again. You may miss the name, but you have all seen it. Starring a Sherlock Holmes and a novice Watson. Passionate and fearless as only boys can be. An Oscar-winning film, a little bit horror, a little bit thriller.

The call of the forest

Film of 2020, it is a great classic of literature. Born from the mind of Jack London, with settings several degrees below zero, it speaks of friendship, love, trust. To be seen all together passionately. The only drawback is the danger that children will ask us for a dog next Christmas!

Finally, how can we forget such unmissable titles as Little Women, Willy Wonka and The Chocolate Factory, ET the extra-terrestrial, The wizard of OZ, Mary Poppins, Brass knobs and broomsticks. Films with a great story, often also adapted, to be reviewed with the family, taking advantage of the free time, slow and relaxed, which only these days a year, we are able to give.

Cartoons in a Christmas version, for the little ones

Let’s close this cinematic excursus, dedicating a piece to the little ones: here is a list of their favorite characters, in a Christmas version. Some cartoons, real cult for the last generations, put on the party dress. On the main paid platforms, but also on the digital terrestrial channels, it will be possible to find Christmas episodes. Starting from Frozen, already quite themed in itself, from which ad hoc short films were born, for the most disparate. Short cartoons, perfect in the evening, even before reading bedtime books, for a perfect sleep! Here are a few.

Ilaria Barabrossa
1661 posts
Previous Post
Tommaso Zorzi, from tears to Christmas with love: “It was what I wanted”
Next Post
Jovanotti has Covid, hope after fear: “This too will pass”