Myrrh, the resin that keeps cholesterol at bay 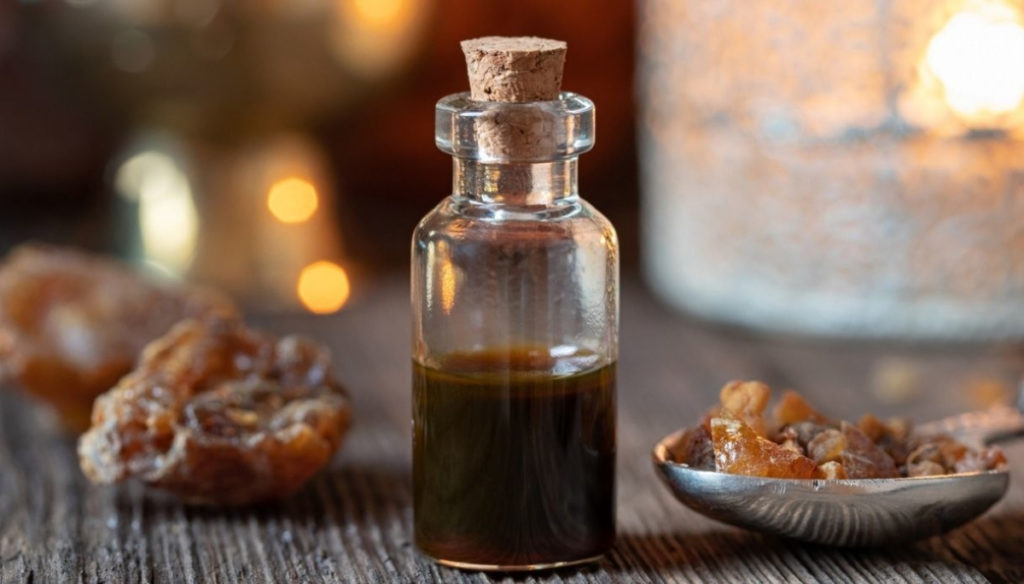 When one thinks of myrrh, the first image is undoubtedly that of the gifts of the Magi. However, the importance of this resin goes far beyond a millenary Christmas tradition. Myrrh, in fact, is a known natural cure against bad cholesterol.

Extracted from trees and shrubs of the Commiphora genus, this resin – to be precise, we should use the definition aromatic gum – is used since time immemorial. To realize, it is enough to specify that the ancient Egyptians used it for embalming practices. In the Bible, we find it instead as an ingredient in sacred oils for anointing.

Distinguished by an intense and spicy aroma, it is famous for its benefits in the treatment of ulcerations and mouth ulcers. Also used as a preservative is, as already mentioned, an excellent natural remedy against bad LDL cholesterol.

Science has thoroughly investigated this benefit. Among the numerous studies on the subject, to mention is above all one dating back to 2009, the details of which have been published on the pages of the International Journal of Food Safety and Nutrition Public Health Journal. The research in question, conducted by a scientific team active at the King Abd Al-Aziz University in Jeddha (Saudi Arabia), has allowed to notice a lowering of bad cholesterol values ​​in some albino rats following the administration of food supplements marked by presence of myrrh.

Also in 2009, a study conducted by a team of the faculty of medicine of the University of Oslo identified the anti-cholesterol benefits of guggul, a resin obtained from Commiphora Mukul, known as myrrh plant.

Considered by ancient Ayurvedic medicine as a wonderful remedy for thyroid problems, it is commercially available in the form of mother tincture, but also in powder and in the form of dry extract, not to mention the essential oil.

Before starting to take it, it is essential to consult your doctor. Myrrh has indeed several contraindications. Among these it is possible to remember the intake of oral antidiabetic drugs. It should also be avoided in the case of gastritis, pregnancy or breastfeeding.

Maria Teolis
3544 posts
Previous Post
Is Kendall Jenner ready to launch her cosmetic line like her sister?
Next Post
New life for the placenta, now mothers use it to plant trees