Nadia Padovani, Fausto Gresini's wife and mother of his 4 children 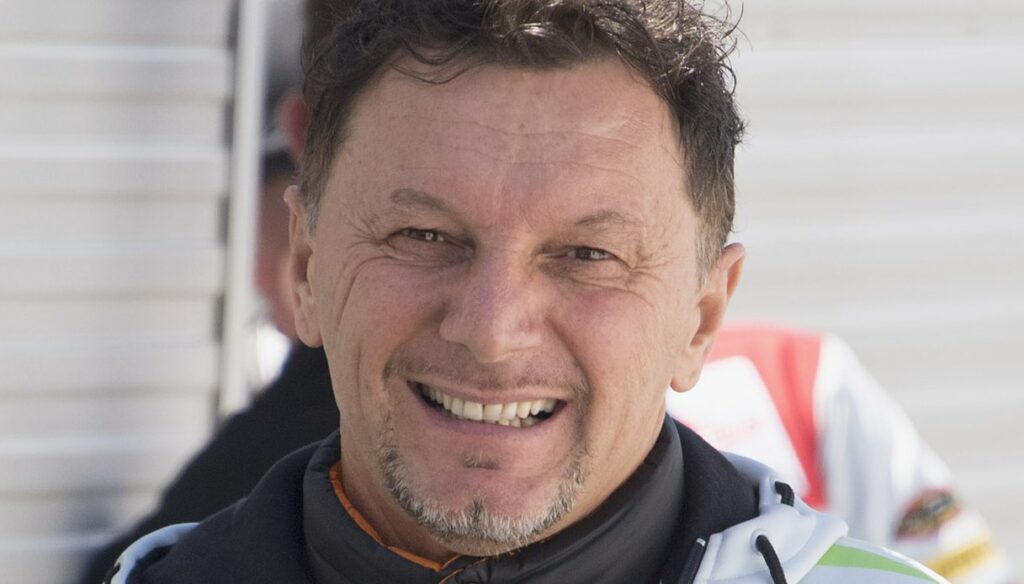 Nadia Padovani, alongside the driver and manager Fausto Gresini until the end. A love crowned by the birth of four beloved children

Nadia Padovani is the wife of Fausto Gresini, the famous motorcycle rider and world champion who passed away on February 23 due to Covid. Gresini had left the saddle in 1994, but never separated from the world of two wheels in which he continued to work as a sports executive. In fact, he was responsible for the creation of the Gresini Racing team in which his wife Nadia also works.

The driver from Imola was married to Nadia Padovani since 4 August 2001. The two have always been inseparable, sharing joys and sorrows, victories and defeats but above all the love for the four children born of their marriage Lorenzo, Luca, Alice and Agnese. She obtained her Master's degree, then studied and worked as a nurse and, finally, she collaborated side by side with her husband Fausto until the end.

Nadia Padovani has two social profiles on Instagram and Facebook where she usually shares shots and videos of her happy family. A happiness that was cut short after two months of suffering. Fausto Gresini, born in 1961 and with a rich career behind him, was one of the pillars of Italian motorcycling. Gresini was world champion twice in the Eighties, after which he decided to become a manager taking care of the team that bears his name. Many victories in different categories such as Moto3, 250, Moto2 and MotoE and currently the Gresini Team is present in MotoGP with Aprilia. Gresini met and guided many young people in motorcycling, such as the late Marco Simoncelli who left us in 2011 in Sepang in a terrible accident.

Fausto Gresini was hospitalized at the Maggiore Hospital in Bologna since December 2020, in the intensive care unit. His wife Nadia, as well as his team, never abandoned him even for a moment, so much so that he was also involved in a nice surprise for his birthday (strictly online). Thus the members of the Gresini Team announced the death of their manager on social media: "The news we never wanted to give you and that we are forced to write. After two months of fighting Covid, Fausto Gresini leaves us with just 60 years old, Ciao Fausto ”.

Barbara Catucci
7280 posts
Previous Post
The Island of the Famous, the first official competitor announced
Next Post
Prince Philip remains in the hospital, the cause of the hospitalization revealed