Nadia Toffa, mum Margherita talks about the last months of her life and the best gift she gave us

Mamma Margherita tells about the last months of Nadia Toffa's life, the relationship with her boyfriend and her greatest gift 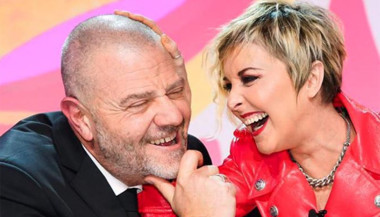 Nadia Toffa, the memory of colleagues on her birthday

The last months of her life, the choice to leave her boyfriend (even if she loved him) and a great lesson: Nadia Toffa passed away in August 2019, but no one has ever forgotten her. Especially the beloved mother Margherita who, with the association created after Nadia's death, is carrying on her daughter's thoughts and wishes.

Today's guest is another day, Mrs. Rebuffoni recalled the last months of Nadia Toffa's life, marked by the disease that had struck her, but also by the desire to convey her thoughts. "Our relationship was symbiotic, since she was little I have always left her free – she confessed -. She said I was the only person who truly respected her, it was essential for her (…) She was very radiant, you always had to be honest with her. This is why he said: "Who can I be with if not with you?". He always repeated it ”.

Nadia Toffa's mother also spoke of her daughter's relationship with Massimiliano (Max) Ferrigno, boyfriend of the hostess of the Hyenas. "I often hear from her latest boyfriend, he suffered a lot – he confessed -. When she got sick they were together, but she sent him to that country on social media even though she was still in love. He didn't want to be seen as fragile and weak, he just wanted to see his family and that's it. Having to leave him was a huge pain. (…) He was always present, he cheered her up every day, he dressed in a very colorful way. He wanted to preserve it, he would not have held up ”.

The last days of Nadia's life were with her mother Margherita. Despite her illness, the hostess of the Hyenas never lost her smile and left us an important message. “We always talked about the after – Toffa's mother revealed -, she told me to be calm, she would never leave me alone. She told me not to cry: “Life is sacred, we must use every minute to do” (…) I gave her the courage to believe in her passions, to carry them on. She had so many no, it was not easy for her. She cared a lot about Le Iene, she knew everyone. He was rehearsing in the mirror. When she was disappointed by the no's, I told her that those no's didn't count for anything and to go on ”.