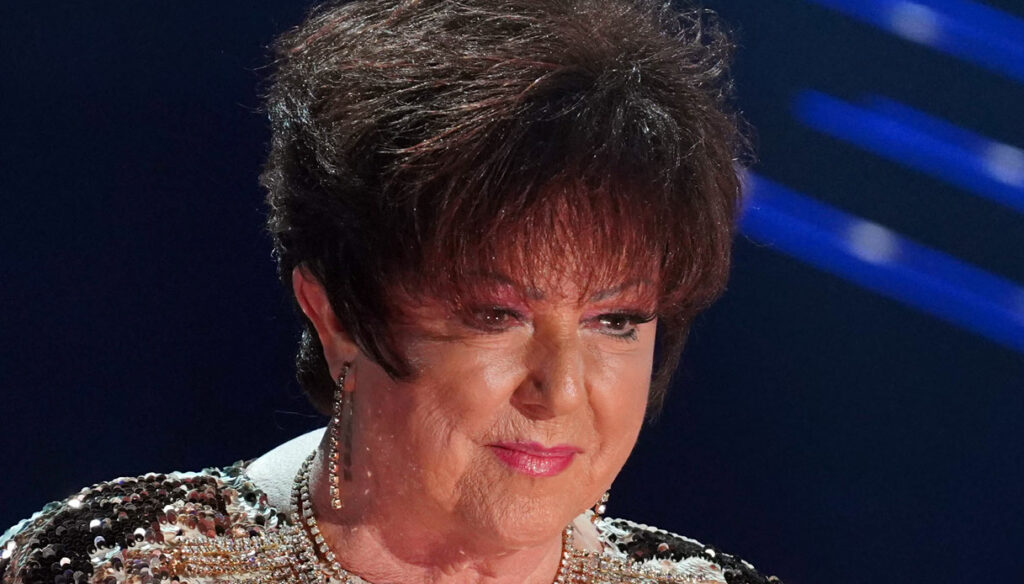 Fatal to have betrayed Orietta Berti in the Lip Sync Duel. Superlative Malgioglio-Solenghi. And Anna Tatangelo dictates the trend to "Name That Tune" in bodysuits and maxi pants

In the third episode of Name That Tune, the program hosted by Enrico Papi on Tv8 on Wednesdays in prime time, once again the women's team triumphs but makes a mistake by "betraying" Orietta Berti in the Lip Sync Duel, delivering the victory to the performance by Cristiano Malgioglio and Tullio Solenghi.

The transparent black tulle jumpsuit with which Antonella Elia showed up to play Beyoncé's Single Ladies was of no avail. The performance of the columnist and showgirl was impeccable and that look I see-I do not see that left little to the imagination was worn with the right irony, but the funny ballet was not able to beat the improbable couple Malgioglio – Tullio Solenghi who performed in the Sanremo smash Musica Leggerissima by Colapesce and Dimartino. With a lot of Cristiano's final slip on the stage step. The audience voted for them and indeed their performance proved irresistible.

But under this victory of the men's team composed, in addition to the two, by Federico Fashion Style and Riki was helped in the victory of this challenge by a strategic error of the women who chose to field Antonella Elia this time instead of Orietta Berti who had given proves himself in this game, first putting himself in the shoes of the Maneskin (on whose name he made a gaffe during the Sanremo Festival) and then in those of Achille Lauro.

For the rest, however, the female team, which also includes Sabrina Salerno and Anna Tatangelo, has literally torn the men apart. Above all, Tatangelo's musical knowledge is amazing, a few notes are enough to guess the piece.

From the point of view of the looks, once again the women amazed. Antonella Elia opted for a glittery dark mermaid dress that surprisingly revealed the transparencies in tulle. Sabrina Salerno wore a black mini dress, while Anna Tatangelo, after the daring dress in every sense, preferred a more casual outfit: black bodysuit and maxi trousers with vertical stripes are on trend. The two-tone black and white is the must-have of spring as Letizia di Spagna also teaches.

Orietta Berti instead showed up in an ultra-chic red and black suit, but Malgioglio, who adores it, copied it wearing her own colors. 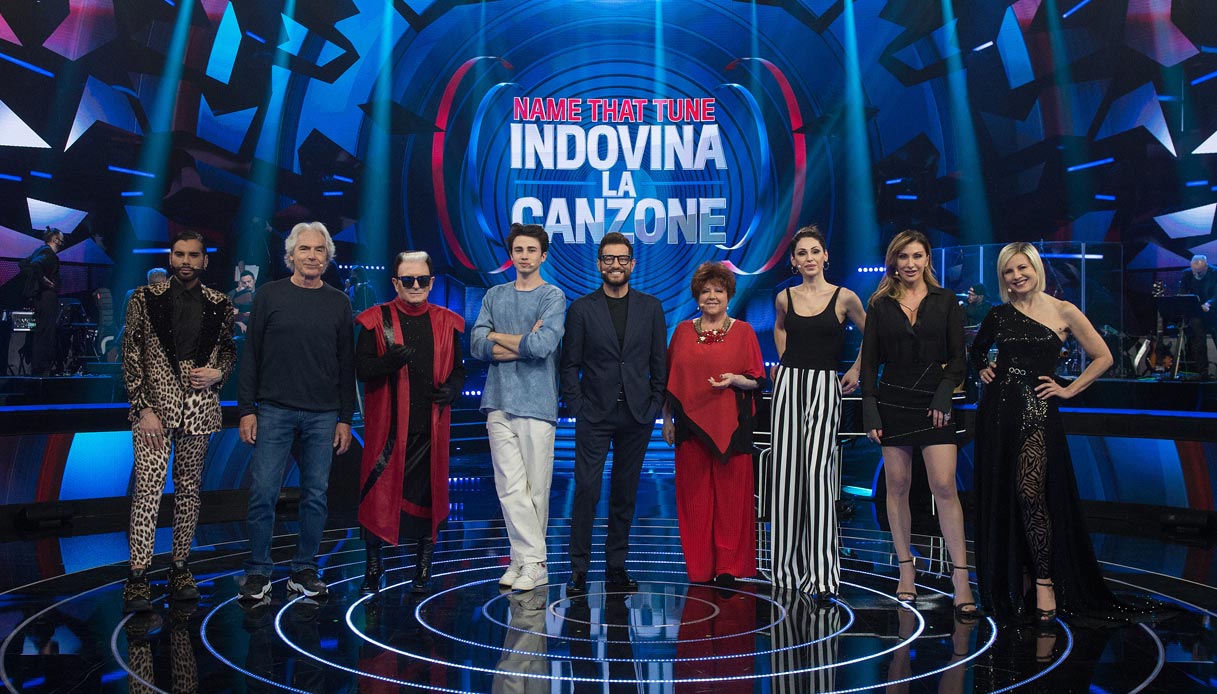