Narcolepsy, what it is, how it manifests itself and is addressed 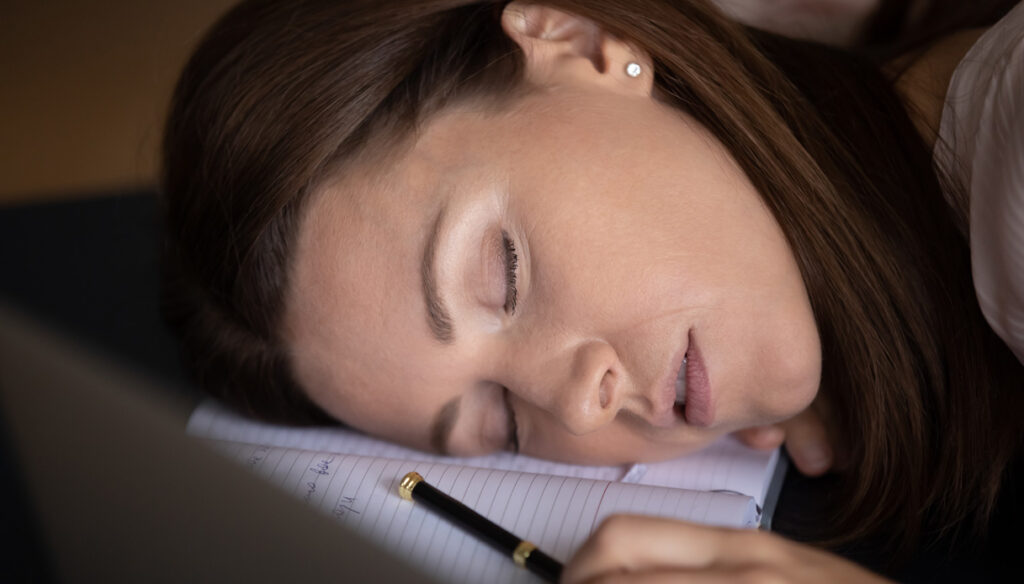 During the day, sleepiness is almost invincible, and you also fall asleep at school or at work. Children are the ones who pay the price for these uncontrollable attacks, which often follow an extremely disturbed night's sleep. But this situation can also be observed in adults.

Unfortunately, although it is an overall rare picture, the origin of these problems is to be found in narcolepsy, a rare chronic neurological disease characterized by an irregular sleep-wake cycle and by the appearance, during wakefulness, of sudden and unexpected periods of sleep. controllable by the subject, whether or not associated with cataplexy.

The most prominent symptoms are excessive daytime sleepiness, disturbed nighttime sleep, hallucinations upon falling asleep or upon awakening, and sleep paralysis, which consist of the sensation of not being able to move for a few seconds, sometimes even minutes, always in the moment. falling asleep or waking up.

The picture is not recognized

Experts sound the alarm: narcolepsy is a heavily under-diagnosed disease. In Italy, a country at the forefront in this field, the average time for a diagnosis from the onset of the first symptoms is 5 years, while in Europe and the United States it is even 15 years.

"Being able to reach an early diagnosis of narcolepsy – explains Giuseppe Plazzi, president of AIMS – the Italian Sleep Medicine Association – is particularly important because the treatments, even if they are currently only symptomatic, would be extremely more effective at the onset of the disease. Narcolepsy in 50% of cases is a pediatric disease, onset around the age of 12, but can appear at any age. It is often not recognized in children and adolescents who show attention or learning difficulties, the consequence is that school performance and interpersonal skills are compromised. ADHD (attention deficit hyperactivity disorder) is one of the most common misdiagnoses made to these subjects due to the similar symptoms of both conditions ".

What to pay attention to? Plazzi himself recalls that sentinel symptoms are represented not only by sleep, but also by nervousness, cataplexy or metabolic problems.

"In children, daytime sleepiness, disturbed sleep, hallucinations when falling asleep or waking up – reports the expert. Although important steps are being made in accelerating the diagnosis of narcolepsy, the years of delay in diagnosis remain too many ".

Narcolepsy in 50% of cases is a pediatric disease, onset around the age of 12, but can appear at any age. For this we need to think about it. Making an early diagnosis of narcolepsy is particularly important because the treatments, even if they are only symptomatic for the moment, would be extremely more effective at the onset of the disease.

"The diagnostic delay – reports Massimo Zenti, president of the Italina Narcolettici e Ipersonni (AIN) Association – is mainly due to the lack of knowledge of the disease and, in general, to the lack of attention that there is towards sleep and related disorders. The consequences for patients are enormous: incorrect diagnoses and therapies, years of journeys of hope to find an expert who knows something, money spent on exams and private visits, lost days of work and school, difficulties in having social relationships, complexes of inferiority, depression, anxiety, obesity. However, you can learn to live with the disease by knowing its characteristics, there is also the possibility of living well with the disease: planning naps, taking medications regularly, avoiding bingeing, alcohol use. You can lead a life very close to normal, you can study, work, drive a car. Often it is enough to realize and accept the condition that it takes different times to do many things to people with narcolepsy ”.

Gianluca Zompi
1674 posts
Previous Post
J-Lo and Ben Affleck: the return of "Bennifer"
Next Post
Paolo Brosio and his girlfriend Maria Laura broke up, the announcement