Nasturtium: properties, contraindications and what you eat 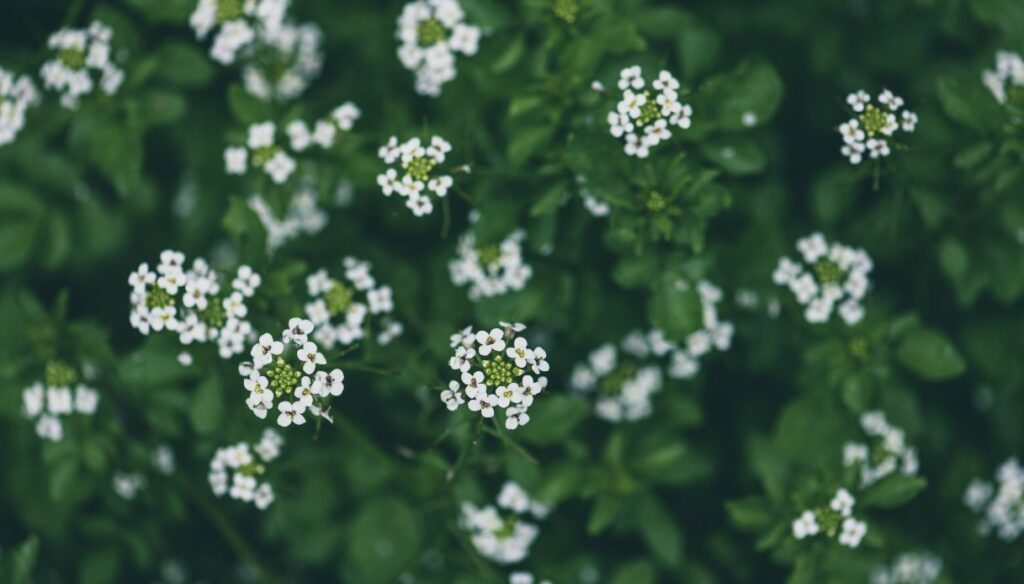 Nasturtium is an edible spontaneous plant rich in vitamin C, with an intense flavor and diuretic, purifying and balsamic properties

Nasturtium (Nasturtium officinale) is a perennial plant that belongs to the Brassicaceae or Cruciferae family, known as watercress or simply watercress. It is an aquatic or marshy species, which grows near streams, springs, waterways, both in the plains and in the mountains. The nasturtium plant has hollow, angular stems that can reach heights of twenty to eighty centimeters, bearing slightly fleshy leaves, composed of one to five pairs of hairless segments. The nasturtium blooms from May to October producing small white flowers with yellow anthers, arranged in racemes that initially form almost an umbrella and then elongate. The fruit of the nasturtium is a linear siliqua about thirteen to eighteen centimeters long. The nasturtium plant can be easily confused with that of Billeri amaro (Cardamine amara), another species of the Brassicaceae family that shares the same habitat with watercress. To distinguish the two plants it is necessary to observe the stem and the anthers of the flowers: the billeri has full stems and purple anthers, while the nasturtium has hollow stems and yellow anthers.

The aerial parts of the nasturtium have diuretic, purifying, balsamic and stimulating properties and are used in spring purification treatments and in chronic bronchial affections. The properties of nasturtium are given by the presence of flavonoids, carotenoids, sulfothiocyanic glycosides, as well as vitamins – vitamins A, C, K, B2, B6 and B9 – and minerals, in particular iron, magnesium and manganese.

Nasturtium can be taken in the form of an infusion obtained with a teaspoon of dried drug or as a juice extracted from the fresh plant. The infusion is useful for normalizing bronchial secretions in chronic bronchitis and to promote diuresis in case of water retention and swelling. The fresh juice is used instead for the high content of vitamin C, to counteract the deficiency of this vitamin and for the antioxidant action against free radicals. Given the presence of iron, the intake of nasturtium juice is also recommended in people suffering from iron deficiency anemia.

Externally, fresh nasturtium juice is used for scalp frictions to help curb hair loss, thanks to its ability to increase the flow of blood (and consequently of oxygen and nutrients) to the area where it is applied.

Use in the kitchen

Nasturtium is a plant with a high nutritional value, as it is rich in vitamins and minerals. The leaves and flowers collected before and during flowering can be consumed from this plant. It is preferable to eat fresh nasturtium, shortly after harvesting and raw, so as to preserve the vitamin C content. The taste of nasturtium is particular, strong, slightly spicy and similar to that of rocket and mustard. It can be enjoyed in salads or used chopped to prepare sauces. Nasturtium leaves can also be eaten cooked, added to soups and soups, or lightly blanched and sautéed in a pan to prepare mixed herb side dishes and stuffed with fresh pasta or savory pies. Before using it in the kitchen, the nasturtium must be washed carefully because it could be infested with parasites that are dangerous for humans.

The common name of nasturtium also indicates another edible plant, Tropaelum majus, a spontaneous species belonging to the Trapaeolaceae family. The flowers of this nasturtium, which can be yellow, orange or red, are appreciated for their spicy flavor; they can be harvested when they are in bud and used in a similar way to capers, or when they are open, to consume them raw in salads. From the flowers and leaves of the nasturtium collected in early spring you can obtain a juice with a particular flavor to be used as a condiment and in marinades.

Finally, in addition to watercress or nasturtium, another plant known as watercress is the lawn cress (Cardamine pratensis), also of the Brassicaceae family: the lawn cress or cardamine plant is common in uncultivated meadows and along the streams, grows up to twenty-thirty centimeters, has glabrous or slightly hairy leaves and fragrant flowers with white to dark lilac petals. The basal rosettes of the leaves collected before flowering are consumed from the meadow cress, approximately in March and April, when they are still tender. Meadow cress leaves are eaten raw or lightly blanched, alone or with other herbs.

When eaten fresh, nasturtium can cause inflammation of the bladder due to the irritating action of the sulphothiocyanic glycosides present in the plant. Consumption as a food or use as a remedy can cause gastrointestinal upset and, only in large quantities, can interfere with the intake of thyroid medications. Nasturtium is contraindicated in pregnancy, breastfeeding, in children, in people suffering from gastric or duodenal ulcer, kidney inflammation, stones and in patients taking anticoagulant drugs.