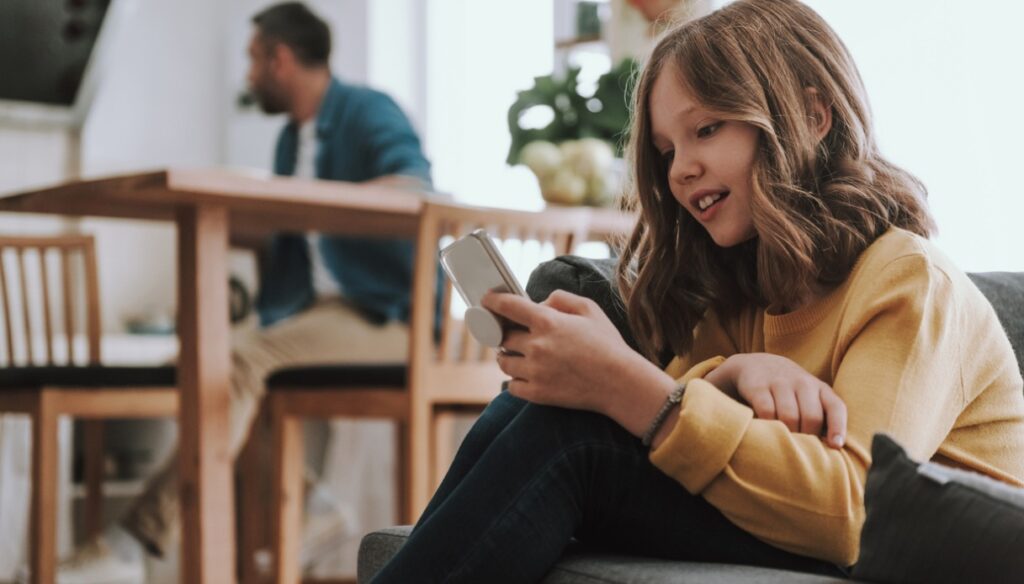 An application intended for children under the age of 13 to connect in total safety. Will it work?

There was a time when cell phones seemed a blessing, especially for mothers and parents who, finally, could keep in touch with their children, know where they were and what time they returned. With the spread of the internet and the arrival of instant messaging applications and social networks, communication has become more fluid and instantaneous, however, bringing with it a downside that is anything but comforting.

Parents, today, are no longer afraid only of the pitfalls that come from the street and the outside world, but of those that often exist and persist at home and under their eyes, thanks to the use of social networks and the little control that is has on the net. Dangerous contacts, challenges on the verge of survival (see the Tik Tok case): the mobile phone is scary today, but its uncontrolled use is even more so.

So how to defend the youngest from the dangers that can be encountered on the web? Certainly through the education of the correct use of digital services and possible best practices supported by the Privacy Guarantor and the Postal Police. But the truth is that network security is a discussed, widespread, delicate but still unresolved issue. Large companies, in this sense, are working to change things and to offer a safer network for the very young. An example is Instagram that is planning an application exclusively dedicated to children under the age of 13.

The famous photo and video sharing platform was not the only one to have this idea. Several years ago Facebook had already launched a version reserved for children, preventing children under the age of 13 from registering. But in practice we have seen how the very young populate the social network in question undisturbed by declaring dates of birth and false names.

Perhaps YouTube is the social network that, of all, has succeeded best in the enterprise. The platform, in fact, launched YouTube Kids which has been among the most used streaming apps in the last year and recently announced new tools to allow children to access standard content under parental supervision.

Now Instagram is also at work to allow young people to browse safely. This was confirmed by Adam Mosseri, right-hand man of Mark Zuckerberg who, through a tweet, confirmed that the company is working on an application for children and that the project is currently in the works. Will anything really change?

Ilaria Barabrossa
1539 posts
Previous Post
Friends 2021, Rosa's ex attacks Celentano: "It destroys her reputation"
Next Post
Cryotherapy: what it is, what it is used for and side effects