The air of marriage in the Beckham house does not seem to have completely vanished, and apparently the next to get married is Romeo 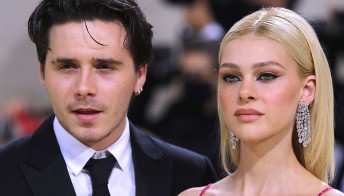 Beckham-Peltz wedding, all the VIP guests: the most beautiful looks of the millionaire wedding

After the marriage between David and Victoria Beckham’s eldest son and the beautiful Nicola Peltz, celebrated on April 9, 2022, now it seems that there is a wedding smell in the air for the couple’s second son, Romeo. As reported by Mirror, the boy is ready to get married with his girlfriend Mia Regan.

The Beckham family is apparently not destined to rest after the marriage between Brooklyn and Nicola Peltz, which was certainly a huge and above all expensive event; as reported by Mirror, even for the second son Romeo there would be a wedding in sight. He is only 19, just like his girlfriend Mia Regan, but the two are very much in love and apparently ready for the big step. “They are in love with each other. They also talked about how much they want a big family “, these are the words coming from a Mirror source who also supports a strong closeness between Mia and mother Victoria.

Nothing yet certain, but it would not be impossible for the two to decide to get married despite their young age and especially in the wake of one of the most important marriages of the year, the one between Brooklyn Beckham and Nicola Peltz. Replicating the luxurious wedding with the beauty of 300 guests and dream locations will certainly not be easy, but there will certainly be beauty to spare for the Beckhams’ second son too.

Romeo Beckham and Mia Regan, married after Brooklyn and Nicola

If what is reported by Mirror should become official, we should prepare to attend a second dream wedding, the one between Romeo Beckham and his girlfriend Mia Regan. Young and in love, while Romeo follows in his father’s footsteps with football and is currently a promise in the field after signing his first professional contract with Fort Lauderdale CF, Mia Regan continues with her career as a model and influencer. Beautiful, blonde and with blue eyes, Romeo’s girlfriend seems to be in the good graces of her family, and above all of her mother Victoria, who also chose her as a model for the launch of a new fashion collection.

There is still no definite news on the alleged marriage between the two young boys, but it seems that something could happen soon. On the other hand, Romeo and Mia are constantly shown super in love on social networks, sharing their moments together and always appearing happy.

Three hundred guests, dream locations and mind-boggling wedding dresses: replicating the wedding between Brooklyn and Nicola Peltz seems impossible for how much attention has been paid to the smallest details, but after the first try with the eldest son we are sure that the Beckham family could surprise again with Romeo’s wedding, if Mirror’s rumors turn out to be true and the two engaged couples really get married.

Although the wedding between Brooklyn and Nicola Peltz was not social, with a ban for guests to use them during the event, the attention that was created around the wedding of the year was nothing short of incredible and certainly the same curiosity we would meet again if young Romeo were to get married.