Nice, good, serious, classy. Men we like: interview with Zanetti 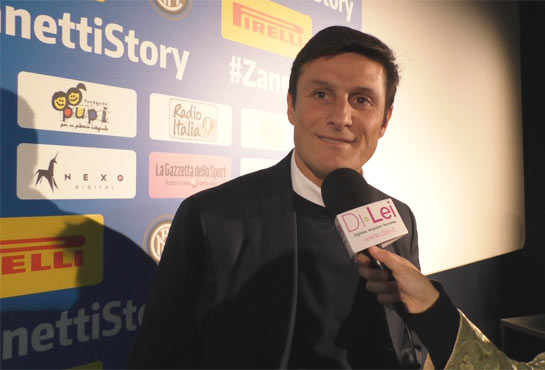 The history and career of Javier Zanetti told in a biographical film on the historic captain of Inter. A player taken as an example for his class and seriousness, his story is told by teammates, coaches, journalists, soccer people and his family, including his beloved wife Paula. Mourinho's contribution is very moving. He even gets excited, speaking of the Captain, and undoubtedly defines him as "a happy man". Watch the VIDEO INTERVIEW

The sacrifice, the desire to go on and never give up, the great willpower and tenacity – which earned him the nickname "el tractor" – shine through this film in which everyone, absolutely everyone, expresses great admiration that they have for the footballer, but above all for the Zanetti man. A man full of values, with a great attachment to the family and a strong sense of responsibility towards the boys, both the Argentine ones he deals with in his Pupi foundation, and the new players of Inter, for which he hopes to be an example . And since alongside a great man there is always a great woman, Javier Zanetti does not fail to thank his wife Paula Della Fuento: the two met very young and together they built a solid family.

Zanetti Story will be screened on the big screen on February 27 at 8.30 pm live via satellite (the list of cinemas on http://www.nexodigital.it). The story is made by the great Argentine writer, Albino Guaron who dedicated his latest book to Zanetti, directed by Carlo Sigon and Simone Scafidi. A film not only for football fans, but a true story that reaches the hearts of fans and not.

Lorenzo Gavazzi
2456 posts
Previous Post
Muccino: “Face it? Only in the cinema. In life I am the last of the romantics "
Next Post
Moric-Belen, it's war: furious quarrel because of Nina's boyfriend