Not only Elizabeth II, Queen Margrethe also celebrates her Jubilee 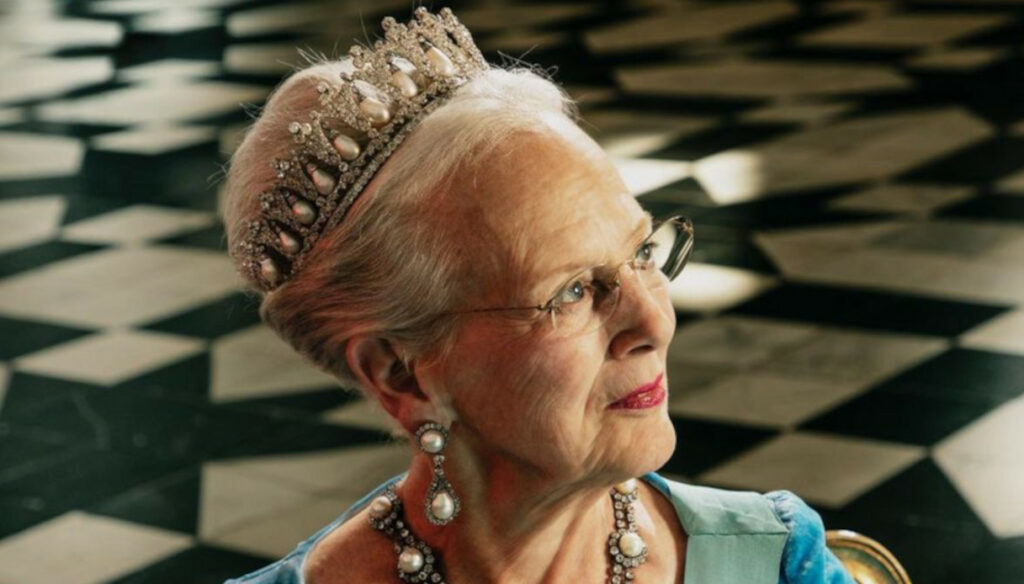 50 years on the throne and a life lived as a free woman: Queen Margrethe of Denmark celebrated this milestone with an iconic photo

It’s official. 2022 will be the year of the Jubilee of Elizabeth II but also of Queen Margrethe of Denmark who, on January 14, will celebrate her first 50 years on the throne. And, to celebrate this event, an iconic photo could not be missing with which the celebrations began. Per Morten Abrahamsen’s shot appeared on the official channels of the monarchy, where the announcement of the events was also given.

Queen Margrethe, the Jubilee in 2022

The 81-year-old Sovereign took the throne in 1972 immediately after the death of her father Federico IX. The photo, shared on the official pages dedicated to the Crown, was taken inside the Ballroom of Fredensborg Castle. The Queen wore a blue velvet dress, which she had already worn in 2020, to which she combined the Pearl Poiré Tiara, with diamonds and 18 pearls, the same one she wore on the day of her coronation and therefore in her first portrait official.

The precious jewel was made in 1825 and is part of a very large set, including the necklace and brooch that Margrethe showed off to kick off the celebrations. What stood out, however, were the coats of arms of the Royal Orders and the portrait of his father pinned to his chest. The photo, as it was built, is destined to remain in the history of Denmark.

However, it is the pose assumed by the sovereign that surprises and appears unusual for the habits of the royal family, never conventional. In particular, it was Margrethe who gave a new meaning to the concept of monarchy, which led to the field and not closed among the narrow palaces of power. The Queen has always been very active and has often shown herself in first person.

Margrethe, queen of the people

It is certainly not the austere and rigid Sovereign that could show through this photo. Margrethe, cold, has only the country from which she comes. Exuberant and a lover of art, she has never given up on her great passions. Not even after being crowned. A few hours from this official photo, the Queen attended the presentation of the ballet The Snow Queen, inspired by the fairy tale by Christian Andersen and scheduled in Copenhagen until December 24, in which she took part in first person with the costume designs and the scenography.

However, his commitment is not destined to stop. Queen Margrethe has in fact announced that she is working to create the costume designs for a fantasy film that will be released under the production of Netflix. In April, he will turn 82 but he still has no intention of letting himself go to rest. 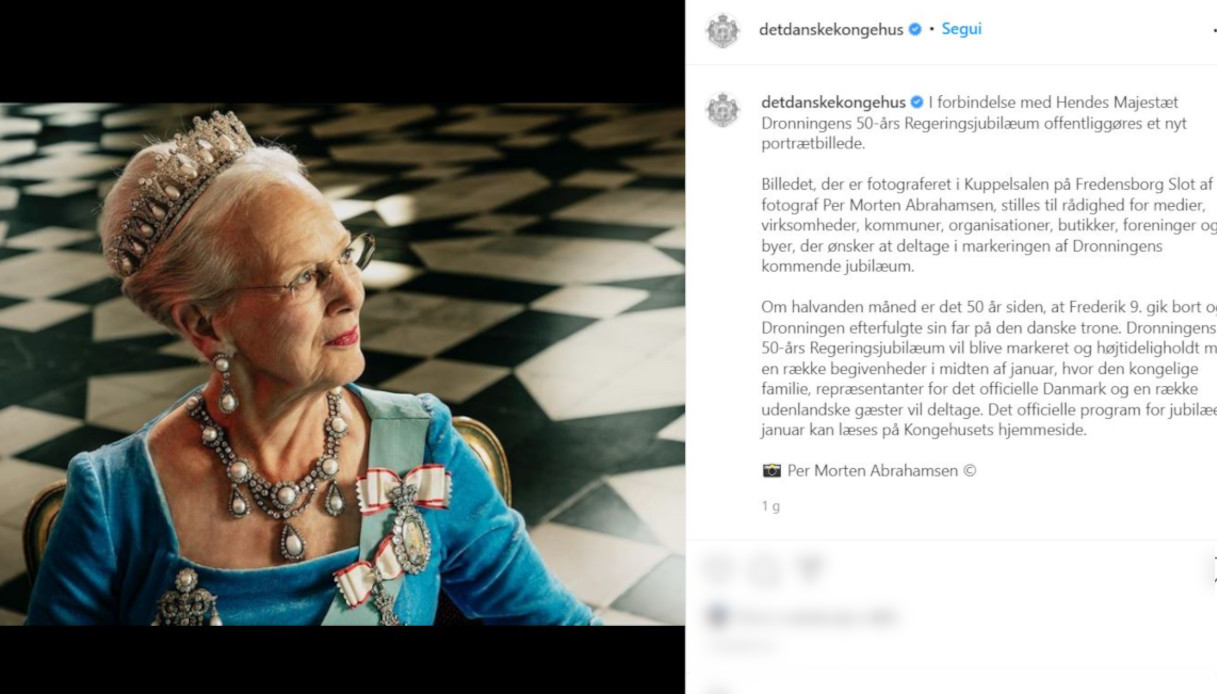