Not only melanoma, how to recognize and deal with actinic keratosis 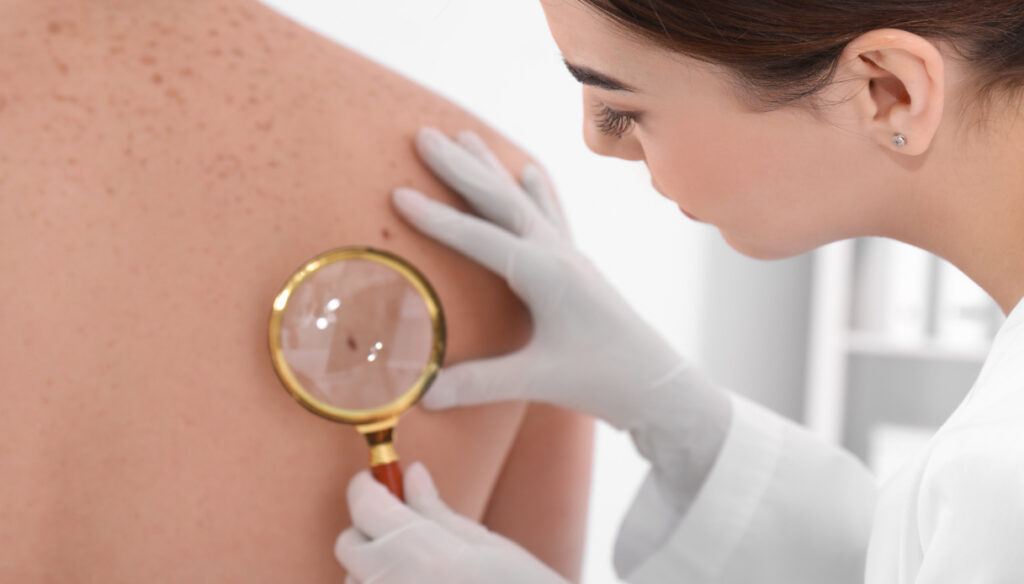 Actinic keratosis: what it is, how to recognize it and how to deal with it

Do you know those spots that you see on the face of those who work in the fields or those who go to sea, exposing themselves for hours to the sun? Sometimes it can also be actinic keratosis, a condition that occurs mainly in the elderly (but not only) and must be recognized in time because in some cases it can become the site of a skin tumor.

In short, in addition to adequately protect ourselves from the sun’s rays, we must also pay attention to the alarm signals that the skin sends. As research makes new therapies available, it is increasingly important to defend oneself from the sun’s rays with the right protection. A habit that must begin as a child, to avoid the risk of melanoma, the most serious cancer, and of these forms of skin “suffering” that develop over time.

Refer to the dermatologist

While a new topical treatment able to act on skin, neoplastic and preneoplastic lesions arrives in Italy, what matters above all is to understand how to recognize the signs of the disease. For this reason, in addition to protecting the skin, it must be regularly observed by a dermatologist specialist. The reason? Actinic keratosis is a pre-cancerous disease that deserves careful consideration and cannot be underestimated. It is the most frequent precancerous skin lesion: it can in fact evolve into squamous cell carcinoma. It is also a risk marker for the development of other skin cancers including basal cell.

It occurs in the photo-exposed areas such as the face, back of the hands and scalp of bald people. The lesions are often multiple and of different colors, yellow or brown or pink, flat or slightly raised, rough because they are covered with hard, dry and very adherent scales. Mostly small, they often have no symptoms.

The most affected areas of our body are those most exposed to the sun such as the face, ears, scalp and the back of the hands. The lesions are frequently associated with signs of sun damage such as deep wrinkles, spots, broken capillaries. As for the possible causal moments, as the word itself says, actinic keratosis is secondary to chronic sun exposure.

The use of “sunlamps” can also facilitate their appearance. The lesions are more common in people with blue eyes, blond hair and fair skin that burns easily in the sun. And it should not be forgotten that elements related to the well-being of the person can also act on the “path” of the disease. In fact, immunosuppressive conditions increase the incidence and risk of transformation into carcinoma. The numbers show that actinic keratosis is one of the most widespread and frequent dermatological lesions in Italy as well as in many other Western countries. It is estimated that one third of the over 70s present at least one keratosis lesion. On the other hand, 27% of Italian outpatient dermatological patients are affected by the disease.

“There is often a tendency not to consider it as a serious health problem – says Giuseppe Argenziano, full professor and director of the Dermatological clinic of the University of Campania“ Luigi Vanvitelli ”in Naples. In reality it is in all respects a tumor in its very early initial stages which, however, does not always degenerate into an invasive carcinoma. However, it is necessary to counteract the development of injuries before the situation can get worse ”.

“Hence the need to have treatments that act in a timely manner. The primary prevention of the disease is also very important, which passes from correct exposure to sunlight, especially for some categories of people. Men and women with blond hair or light eyes, as well as some particular categories of workers or sportsmen, are more exposed to the risk of onset. Finally, there are other risk factors including some chronic inflammatory diseases or immunosuppressive conditions that can favor the development of actinic keratoses “.

Gianluca Zompi
1749 posts
Previous Post
Diet, the best of the week from 6 to 12 September
Next Post
Elisabetta Canalis, rumors of crisis with Brian Perri: what happens