Olivia Paladino hand in hand with Conte: the impeccable look and the greeting 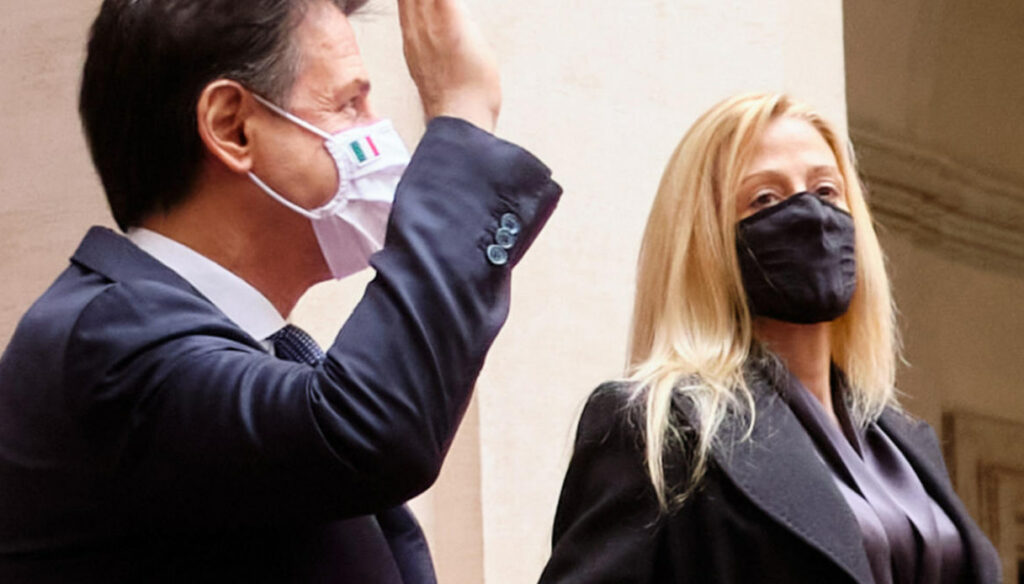 Olivia Paladino appeared next to Giuseppe Conte for the greeting at Palazzo Chigi: the impeccable look and the emotion

There was Olivia Paladino next to Giuseppe Conte on the day of his greeting at Palazzo Chigi. After the passage of the bell with Mario Draghi, the new Prime Minister, the outgoing premier took his leave, accompanied by his partner who never left him alone and held his hand in moments of emotion.

An excited greeting for Conte, who received a long applause from the employees of the Prime Minister, who appeared from the windows to give him a tribute after months of work at the Palazzo. Discreet and never over the top, once again Olivia was a fundamental presence for Conte. Very blonde and long hair, a super chic trouser suit and stiletto heels: Paladino has chosen a chic and refined look.

Elegant and beautiful, she remained next to Giuseppe Conte, holding him by the hand and accompanying him on his exit from Palazzo Chigi. Allergic to the label of first lady, Olivia has appeared only on rare occasions alongside the former premier, escaping gossip and controversy. Born in 1980, Paladino has always preferred to take care of work. Conte's partner is in fact a manager who works in the hotel sector. Together with his sister Cristina he manages the business of the Grand Hotel Plaza in Rome, the most famous five-star hotel in the capital.

Daughter of the entrepreneur Cesare Paladino, she inherited all her beauty and elegance from Ewa Aulin, her mother and well-known Swedish actress. Queen of the big screen, the diva in 1973 retired from the world of cinema to devote herself to her family. Growing up in Stockholm, Olivia has a daughter, Eva, born of a previous relationship. The first meeting with Giuseppe would have taken place in the Roman school that the 12-year-old attends and in which Niccolò, son of the former premier had by ex-wife Valentina, is also enrolled.

Sweet, but also determined and strong, Olivia has always been Conte's safe haven. A woman who has never liked to show off and when she appeared in public she always captivated everyone with her beauty. And the Paladino, as expected, has chosen to support the companion on the exciting day of his farewell to the role of premier. Mask and glamorous total black look, she held his hand all the time, giving him strength and showing, once again, all his love.