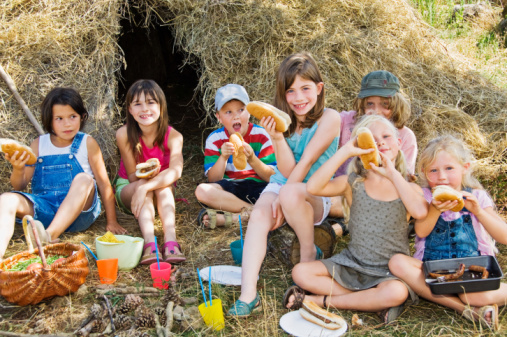 Vacation not only as a possibility of play and leisure, but above all as a moment of growth, tested for one's ability to adapt, confrontation with others and with oneself. All this and much more implies for a child a trip without mom and dad, without grandparents, uncles, cousins ​​and various family members. And, on the other hand, more and more families are opting for this type of holiday for their children, partly for work reasons (not all, in fact, have the opportunity to accompany the children on vacation both in July that in August), partly because, in a certain sense, the culture has changed and while once there were few organizations offering holidays for children (remember the colonies?) and few parents who opted for this type of solution, now the proposal in this sense has greatly expanded, the choices have increased (summer camps, kinderheim, holiday centers …) and families have, in general, decided to trust this new holiday formula under 14.

Facing alone the summer holidays for a child is something different and much more than leaving, even for a long period, with his loved ones. Finding, in fact, to live a completely new situation, constantly confronted with people who do not know him and with whom he must learn to relate, forced, as usually happens in these cases, to insert himself in a community group situation, the little one starts to grow. And it is a decisive, radical growth, noticeable on his return even by parents who know him from the depths of the soul. Just to better explain this concept, we can say that, undoubtedly, a child who leaves alone gains it autonomously, especially if the center where he is welcomed pushes him to learn to manage it alone (obviously, always keeping in mind those who are the limits that his age imposes on him). Furthermore, he begins to understand that the world cannot always revolve around him and that there are situations in which he, his role, his person are not accepted unconditionally as it happens in the "nest of his home": he must necessarily be able to find the his spaces if he wants to share with others in a positive way the experience he has to live and must learn to question himself when he realizes that sides of his character are not favored by the group. Finally, having to rely more on himself, a child who leaves on his own acquires greater self-confidence, becomes more responsible, courageous and enterprising and develops a significant drive towards discovering the world around him.

Of course, there is no doubt that the difficulties will not fail, that sometimes he may suffer from nostalgia for his home, his brothers, his mother and his father … But it is worth not to preclude this great possibility of growth, allowing him to live and, indeed, pushing him to live an experience that he will probably remember for a long time. The important thing is that the decision to send the child alone on vacation is planned in time, that the chosen structure is able to respond to a series of parameters that can facilitate the stay of the child away from home, that the child is "Psychologically mature" to take flight. In fact, unlike what one might think, there is no age in which a child can or cannot leave without mom and dad, rather, there is a "psychological" age, as we said above, which only parents know . Forcing the child to face such a test (because it is a test in any case) would be wrong and counterproductive. Better to avoid and wait if you realize that the thing is experienced by the child in an excessively conflicting way, as a relaxation from home rather than as a holiday.