Outdoor masks and closures: the new rules for the holidays 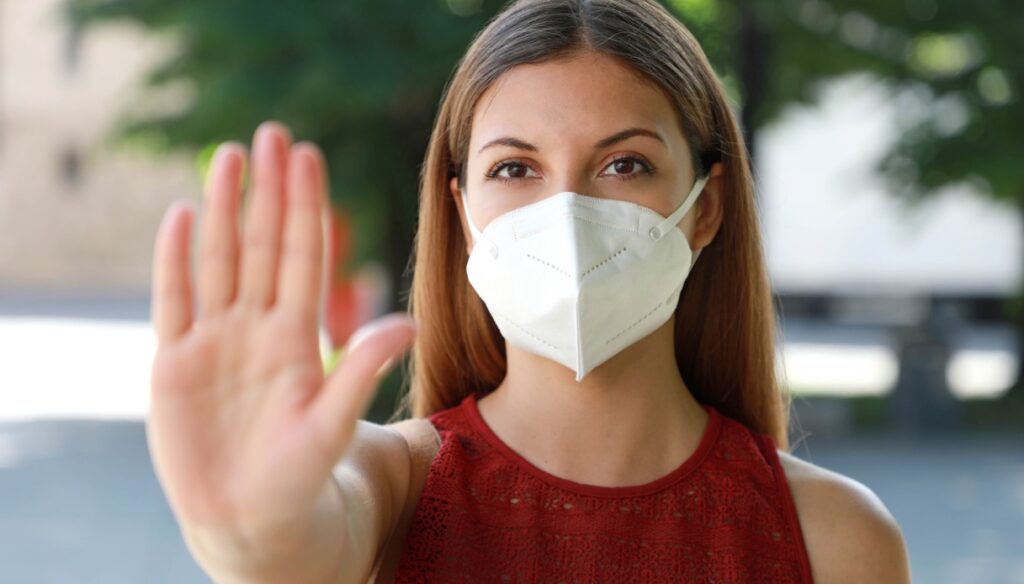 As the Omicron variant advances, the Government has enacted new obligations and restrictions regarding the use of face masks and Green Passes

This year we will have to give up balls and the like. The Omicron variant forced the government to enact new restrictive measures, necessary so that the contagion does not spread and the numbers remain within acceptable limits. There will be closures for discos and dance halls, together with new provisions relating to the use of masks – both outdoors and its means of transport – and the validity of the Green Pass.

“The government has raised the level of precautions. The days of Christmas and New Year arrive and it is important that individual behaviors are adequate. Maximum attention, prudence, masks, hygiene and distance ”, this is the appeal of the Minister of Health, Roberto Speranza.

New Year’s Eve, stop at discos and parties in the square

No parties in the disco or party in the square, so establishes the new decree passed by the government to counter the Omicron variant. Until January 31, 2022 it is not possible to organize events, concerts and the like, in general any type of initiative that includes gatherings.

In addition to the parties strictly related to the New Year, even the “private” ones are not allowed, relating to occasions such as birthdays just to give an example. This is why not only dance halls and discos remain closed, but also all the places that organize events of this type.

Further narrow also for the white area, where the mask becomes mandatory in all indoor and outdoor places. The new government decree effectively cancels the differences between the various risk zones adopted so far.

But this time there is a substantial difference. While both surgical masks and ffp2 can be used in most indoor and outdoor places, this is not the case for public transport (buses, subways, trams) and long-haul (airplanes, trains, ships). as well as for cinemas, theaters, stadiums and sports facilities in which the ffp2 devices are mandatory.

Green Pass “strengthened”, where it is mandatory

The “reinforced” Green Pass (or Super Green Pass) – the one issued after one or two doses of vaccine or in the event of recovery from Covid – is already mandatory for indoor restaurants and bars, cinemas and theaters, as well as for stadiums. With the new decree, starting from 10 January 2022 it becomes mandatory also for swimming pools, gyms and for those who practice team sports, for exhibitions and museums, wellness centers, spas, theme parks, cultural and recreational centers, game rooms, betting centers and casino.

From now on, however, the “strengthened” Green Pass is mandatory to access residential, social welfare, social health and hospice facilities. Those who have not taken the third dose must also have a negative swab.

In the places excluded from this list it is sufficient to have the Green Pass that is obtained with the tampon.

Consumption of food and drink indoors

Until the end of the State of Emergency (March 31, 2022), stricter rules also remain in force for the consumption of food and drinks indoors. For the coffee at the counter it is mandatory to have the “strengthened” Green Pass, as well as to consume at the table and sit at the restaurant.

No limitations on the number of people admitted to each table, while the spacing and use of electronic menus remain mandatory. If the venue or restaurant does not have seats, limited admissions must be managed.

It is not possible to consume food and drinks indoors in cinemas, theaters, stadiums, sports halls until January 31, 2022.

Reduced the validity of the “enhanced” Green Pass

The new decree passed by the Government reduces the duration of the “reinforced” Green Pass from 9 to only 6 months from the last administration of the vaccine starting from 1 February 2022. Furthermore, from the same date, the Minister of Health established that the third dose of the anti Covid vaccine (or booster) can be taken 4 months after the second dose, no longer after 5 months as previously established.

Lorenzo Gavazzi
2547 posts
Previous Post
Belen Rodriguez, after the holidays changes her look and copies her sister Cecilia
Next Post
Each child is unique and precious as is the experience of each parent