Palinsesti Rai: from Parodi to Mannoia, a season in the name of women 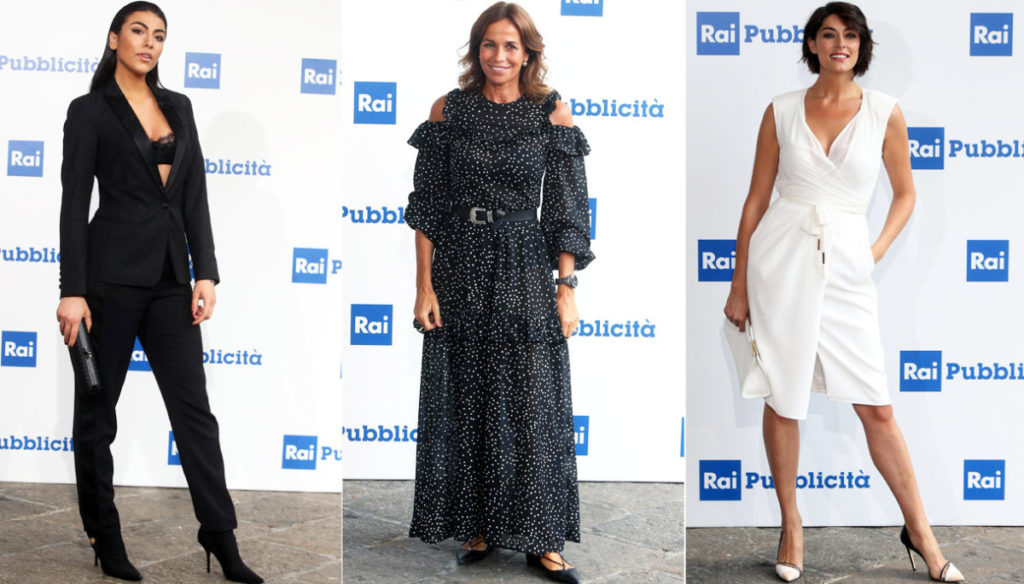 Among the Rai program schedules for the autumn season, women stand out: from Parodi to Mannoia, state television turns pink

Cristina Parodi, a successful journalist that we all remember in past editions of "Verissimo" and current presenter of "La vita in diretta", is at the helm of "Domenica In". Her sensitivity as a woman, which is divided between the life of a loving mother of three beautiful children and that of a successful showgirl, will be perfect to give viewers a high quality Sunday afternoon. In its place, along with the confirmed Marco Liorni, the very talented Francesca Fialdini will arrive, who from 2013 wishes a good morning to all Italians from the studies of "Unomattina".

The innovations of the Rai 2017 programming do not end here: after the gold medal at the Paralympic Games of Rio 2016, the fencing champion Bebe Vio lands on the small screen with a program tailored for her, placed on Sunday at 17.45 on Rai 1. The title is original, sparkling and genuine like her: "Life is a blast" where, from October 1st, she will tell the story of extraordinary characters in six episodes. The all-female season continues with the immense Fiorella Mannoia, who will present "1,2,3 Fiorella" on September 23 and 30, also on the first channel of Orfeo's TV. The singer, who came second in the last edition of the Sanremo Festival after Francesco Gabbani, will deepen the evolution of women through music.

Finally, two women icons of the world of literature and entertainment, which will bring one a novelty, the other a very welcome confirmation. Michela Murgia, who with the masterpiece "Accabadora" was consecrated as one of the most successful contemporary writers of our time, "will play at home", conducting a cultural program on Saturday night on Rai 3, from 6 to 7 pm. The second name is that of Franca Leosini, acclaimed in the dining room when she announced her return with "Stories Cursed", a program that investigates the most scabrous judicial scandals of the time.

The women will be true protagonists of the autumn Rai but, obviously, also the men will be present and with some news to say the least epochal. Fabio Fazio, after the controversy about his compensation, will move from Rai 3 to Rai 1, with his "Che tempo che fa". For the Ligurian presenter, however, we move on to the first evening of Sunday and the second evening of Monday, separating from his friend Massimo Gramellini: the editorialist of the "Corriere della Sera", on the other hand, will have a transmission of his own entitled "Le parole of the week".

At the presentation of the schedules, Rai women challenged each other with looks. Giulia Salemi wins the most sensual but definitely exaggerated outfit crown with a trouser suit under which she wears only a lingerie top. Andrea Delogu plans to parade on the red carpet in Cannes and wears a white dress, long to the feet (too much). Total black outfit for Camila Raznovich with neckline and aggressive open toe. While transparent wire mesh crop top for Melissa Marchetto. Adriana Volpe is very chic. Elisa Isoardi in total white is promoted with full marks. Cristina Parodi, usually the queen of style, was not the height this time. The polka-dot dress with bare shoulders and long sleeves makes it look like the Gree with wind.

Lorenzo Gavazzi
2286 posts
Previous Post
Rye bread: effects on gut, diabetes and pressure
Next Post
The children that the mothers would like to have? Luca Argentero and Virginia Raffaele