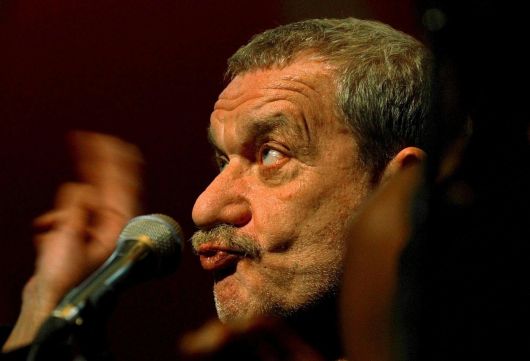 Paolo Conte is one of the most renowned Italian singers. His long and intense artistic career boasts important collaborations, as well as numerous awards

Paolo Conte was born on January 6, 1937 in Asti. He is a well-known Italian singer-songwriter, also recognized for his role as a painter and multi-instrumentalist. During the course of his professional career, Conte was also a lawyer. His approach to music has seen him engaged in the role of pianist, specializing precisely in the jazz genre. Paolo Conte has been classified as one of the greatest Italian singers. He worked as a lawyer during his long career and at the same time dedicated himself to the world of music. The singer has also produced various compositions for other musicians thanks to which he has worked alongside renowned artists. However, in the mid-seventies, Conti decided to abandon his business to devote himself to full-time music. His success led him to be a big point of reference also for the French public. The singer-songwriter has often dedicated himself to various areas, thus standing out for his particular versatility. He received an "Honoris Degree" in Painting and won several awards including 6 Plaques and a "Tenco Prize". He was also the winner of the "Chiara Prize" for the "The words of music" category.

The artist's father was a notary and had a strong interest in music, while the mother was from a family who owned various lands. Conte spent his childhood on his grandparents' farm during the war. Thanks to his parents' strong passion for music, little Paolo thus began studying the piano and becoming interested in jazz. His love for this genre grows more and more until he becomes a real point of reference in the artist's life. Conte graduated from the Liceo Classico, after which he completed his studies at the Faculty of Law. He later found his first job as an assistant in a studio. At the same time he continued to devote himself to the study of music. He also ventured into the study of vibraphone and trombone. Thanks to these new musical experiences, he becomes a member of some local bands and performs in some shows in numerous clubs. Paolo Conte begins to make himself known and to stand out for his extraordinary artistic skills. It also becomes part of some local festivals thanks to which it obtains the first notoriety. In the early sixties, the singer-songwriter formed his new band with his brother, called the "Paul Conte Quartet".

This training allows the musician to approach the recording world with the creation of the album "The Italian Way to Swing", inspired by the jazz genre. However, this first production does not get very good results. Paolo Conte therefore dedicates himself to writing his first pieces, inspired by literature and cinema. His debut in the world of music sees him mainly engaged in the role of author; the artist is dedicated to the creation of numerous compositions and arrangements for other artists. In particular, he also collaborated with Adriano Celentano for the famous song "Chi era lui". The two artists continue to collaborate, after which Paolo Conte undertakes a new collaboration with Vito Pallavicini, with whom he will work for all subsequent years. In the mid-seventies the artist thought of moving away from the world of music to devote himself exclusively to his work as a lawyer. It is precisely the producer "Italo Greco" that encourages Paolo Conte to embark on a songwriting career. The turning point came when the artist made his first album entitled "Paolo Conte". The album does not get the desired success, but nevertheless some songs will remain in the history of music; among these are "A day at the beach" and in particular "Wave on wave". Paolo Conte is known for his highly reserved personality.

However, thanks to the music and its performances, the artist manages to contrast these sides of his character. Towards the end of the seventies he participated in the television program of "Lucio Dalla", entitled "The future of the car and other stories" as a pianist, while singing the famous "Wave on wave". His latest project dates back to 2016 and is titled "Amazing game". Despite his advanced age, the artist does not want to leave the world of entertainment at all. It is the same songwriter who admits it in some interviews. In addition to his great love for painting and music, Paolo Conte is also a renowned character in the world of cinema. He has in fact made numerous soundtracks for some cinematographic films known both nationally and internationally. During his long career he has won numerous prizes and awards, including a "David di Donatello" and a "Silver Ribbon". Among the main awards there is the title of "Knight of the Grand Cross Order of Merit" of the Italian Republic, given to him by "Oscar Luigi Scalfaro". As for Paolo Conte's private life, the artist has been married for more than thirty years with his partner named "Egle", whom he met in the mid-seventies. The couple had no children. Paolo Conte's brother, named Giorgio, is a famous successful singer and musician. Conte's song entitled "Santo Antonio Santo Francisco" was presented at the Sanremo Festival in 1971 but was not classified for the final.

Giovanna Pirri
5936 posts
Previous Post
Why Alessandro Cannataro of Temptation Island 2019 is famous
Next Post
Gianluca Grignani in a state of confusion on the street: "They drugged me"