The harsh outlet of the American showgirl on her site. In the evening Lorella's reply to "Che tempo che fa" 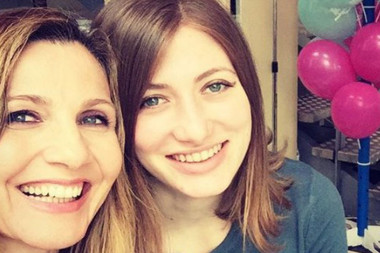 "Nemicamatissima" was a real success, but not for Heather Parisi, who after the end of the program, decided to have her say, throwing herself against Lorella Cuccarini. In a letter that appeared on her official website, Parisi took some boulders off her shoe, accusing the creators of the show of not having given space to her ideas, but above all of having only seconded Lorella Cuccarini's wishes. "Once I arrived in Italy it was a succession of no, to all my proposals, to every idea of ​​mine, to every artistic jolt of mine – explained Heather Parisi – They must explain to me what a strange coincidence the wishes of my beloved enemy have been fulfilled and mine no. I asked to build a story that told the two protagonists, through duets sung at James Corden, sketch by Maya Rudolph, but there was no way and the answer was always the same: we have been making successful television for 20 years and we know how it works. And so in the end I was sent to the stage waiting for something to happen and only rarely did I cross my beloved enemy ”.

According to Heather Parisi the show would have been built around Lorella Cuccarini for stable orders (perhaps those of Lucio Presta, agent of the showgirl and producer of Nemicamatissima ?, ndr). "I am an impeccable professional and I hate to see work, self-denial and respect for the public trampled on in the name of pure convenience of the stable – Parisi accused – Because of this it was. And this was the original sin ".

Parisi didn't like many cuts in "Nemicamatissima" at her performances and interviews, realized, according to her, to favor Lorella Cuccarini and give her more space. "In the show I don't greet Greggio, Bebe, Vecchioni, Nek and the protagonists of Grease. Randomness? Perhaps because the only hostess was my beloved enemy? – has explained -. My frustration was such that at one point in the first episode I rebelled and I told Lillo: "Why are you looking for an international guest (Estiqaatsi)? I am the international guest ".

Update (11 pm): Lorella Cuccarini was a guest of Fabio Fazio and, during "Che tempo che fa", commented on the words of Heather Parisi. "I read Heather's words – she said referring to the letter the showgirl published on her personal website – What I can say is that we finished the second evening in an embrace". "We took off the microphones and stretched out on the ground – Lorella continued, remembering the end of the show -. Then we burst into tears because it was a tiring and beautiful adventure. At that moment he told me some very beautiful and authentic things. I want to remember Heather like this ".