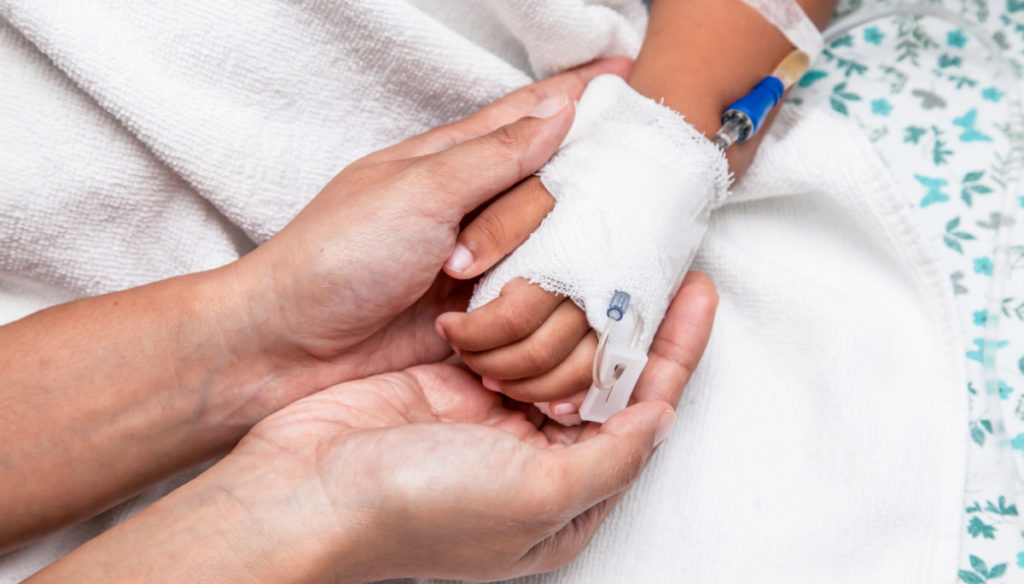 In Italy, cancer affects approximately 1,400 children up to 14 years of age and 800 adolescents between 15 and 19 years of age each year. Thanks to the efforts of doctors and researchers, who have studied and understood the characteristics of the neoplasms of children and developed new treatments, today about 82% of children and 86% of adolescents are alive five years after diagnosis. If in the seventies 3 out of 10 children survived a tumor diagnosis, today 3 out of 4 recover completely (data source: AIRTUM – Tumors in Italy – Report 2012 Tumors of children and adolescents | Ministry of Health – Pediatric tumors for the percentage of cancer cases in the 0-14 age group).

For some cancers – such as Hodgkin's lymphoma or the more frequent acute lymphoblastic leukemia – about 90% of young patients recover or have long survival. For other tumors affecting children, often very rare, specific therapies are lacking, developed on the basis of the results of dedicated studies.

On the occasion of the World Day against Child Cancer (15 February), the AIRC Foundation presents the research projects that will see the best researchers in this field in Italy engaged in 2020: 50 projects and 15 scholarships, with a total investment of about 6 millions of euros, with the aim of developing specific therapies that are increasingly effective, personalized and less toxic.

A particularly promising weapon is represented by the so-called CAR-T therapies, on which Andrea Biondi, AIRC researcher at the University of Milan-Bicocca and the MBBM-Ospedale San Gerardo di Monza Foundation, is working: “The CAR-T are the result of years of research and represent one of the most extraordinary innovations in the field of cancer therapy. For the first time we find ourselves preparing the drug for the patient using its own cells: T lymphocytes are genetically modified and 'armed' with a molecule called CAR, which functions as a 'radar-bazooka' capable of carrying the T cell of the immune system near the tumor, so that it can attack it ".

AIRC researchers are also at the forefront of the study of central nervous system tumors, which represent 13% of cancer diagnoses in children and adolescents. Luca Tiberi, young researcher holding a My First AIRC Grant at the University of Trento, is coordinating a collaborative study with which he created hundreds of organoids in the laboratory to study medulloblastoma, the most common central nervous system tumor in children . The results of the study, coordinated by the University of Trento and carried out in collaboration with the "La Sapienza" University and the Bambino Gesù Pediatric Hospital in Rome and with Irccs Neuromed in Pozzilli, have just been published in the journal Nature Communications.

"Organoids are made up of skin or blood cells, they appear as irregular spheres, similar to small peanuts" – explains Tiberi – "When they undergo changes similar to those of a tumor, the cells show characteristics reminiscent of those of the disease of young patients. Producing a large number of tumor organoids will help us refine research on the genes responsible for the disease and develop personalized therapies ".

Leukemias, lymphomas and central nervous system tumors are responsible for over two thirds of childhood cancer cases, but AIRC researchers are also working to find answers for the rarer forms. Among them is Maria Paola Paronetto, associate professor of applied biology at the University of Foro Italico and head of the Cellular and Molecular Neurobiology laboratory at the Santa Lucia I.R.C.C.S. Foundation. From Rome.

With the support of AIRC, it has succeeded in identifying a new molecular mechanism linked to the progression of Ewing's sarcoma, thus identifying a new potentially effective approach against this tumor: "In addition to the search for new non-coding RNAs involved in the inhibition of sarcoma proliferation of Ewing, our goal is now to understand if it is possible to use these molecules in combination with other drugs to enhance the effectiveness of the treatments ". The results were published in the journal Cancer Research, but further studies are needed before this approach can reach patients.

Gianluca Zompi
1870 posts
Previous Post
May: all fruit and vegetables from late spring
Next Post
Zones risk areas: they hide the reasons why they are formed