Pet-Therapy, so a dog (and not only) makes us feel better 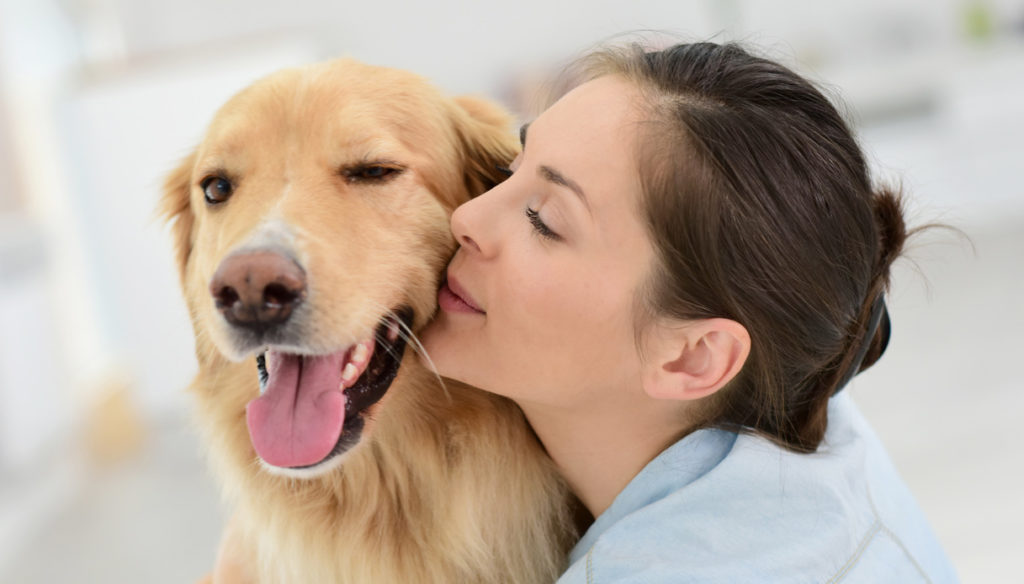 The company of dogs and cats can help with loneliness, stress and in children it helps to manage emotions

Choose the breed you like best. The company of a dog – but also cats, budgies and even fish can help in this regard – can be an excellent remedy to keep fit and take care of a friend, at all ages. But above all, for many, it can prove to be a formidable help to regain well-being, even in conditions of pathology.

"Pet-Therapy" is in fact a reality in the treatment of various pathologies and in any case the assistance of Fido or of those who prefer it can better support the psychological conditions. Especially in children and the elderly.

From the animal friend, affection and security

That an animal can help you feel good has been known for years. From a scientific point of view, however, a turning point took place in the early 1950s, thanks to the work of the psychiatrist Boris Levinson. Working with an autistic child, the scholar realized that his dog offered him the possibility of projecting his inner sensations by creating mechanisms of affective exchange and play that made the sessions more pleasant and favored the improvements of the little patient.

However, this approach has come a long way since then. For the elderly, the constant presence of a living being at their side can help overcome moments of loneliness and difficulty, as well as giving a precise purpose to the person's very existence. In fact, especially for those who live alone, the simple thought of feeding the cat or dog can be a spring in order to overcome any psychological difficulties, especially linked to the sense of loneliness and apparent little use which, in case of difficulty, can be manifest. In fact, the animal provides a daily dose of affection and security.

In the case of children, however, getting to know the four-legged friend can lead to a better understanding of their emotions and the growth of self-control. And not only because the cat or dog becomes an "object" of affection, on which any tensions accumulated in the family can be discharged by recreating a kind of "protected environment", but also because by learning to understand the intimate feelings of the animal, for example the growl of the dog when he is tired of playing, the child learns to understand more himself and what is happening around.

In short: also helping with an animal the challenge to a disease can be of great help with a support that strengthens and assists the therapies normally performed for the type of pathology considered. The indications are manifold. Do you want some examples? The company and care of an animal can prove to be of great use for various pathologies, both to improve mental skills and memory, to control hyperactivity, and to improve relationship skills.

Limiting support for the presence of an animal to only the psychological aspect, however, would be reductive. In fact, there are studies that show that even on the front of some organic conditions, especially if related to stress, the help of the four-legged friend can be very significant.

Some research reveals that for a child suffering from autism, a dog that comes into the house helps to reduce the levels of cortisol, the stress hormone, and therefore can help to better control aggression. However, the same anti-stress action was also observed in adults, at least according to a Virginia Commonwealth University research conducted some time ago in a company of over 500 employees.

The dog in the workplace would make it calmer and even favor an improvement in productive performance. In short: pet therapy is in fact considered today a real therapeutic "weapon", obviously as part of a course of treatment and provided it is practiced by specifically trained people. It is an affection therapy, which finds its greatest applications in the elderly and children and can be "declined" in different ways.

If we are talking about a real therapeutic approach, it is essential to create a close relationship with the animal, which must become a real "partner" to be respected. When this happens, it can become a kind of "invisible inducer" of positive emotions that help to relate better to others and overcome their problems.

Gianluca Zompi
1508 posts
Previous Post
Letizia of Spain, the object she hates and hardly ever uses
Next Post
Alessandra Celentano, from ballet to Amici: ex-husband and career