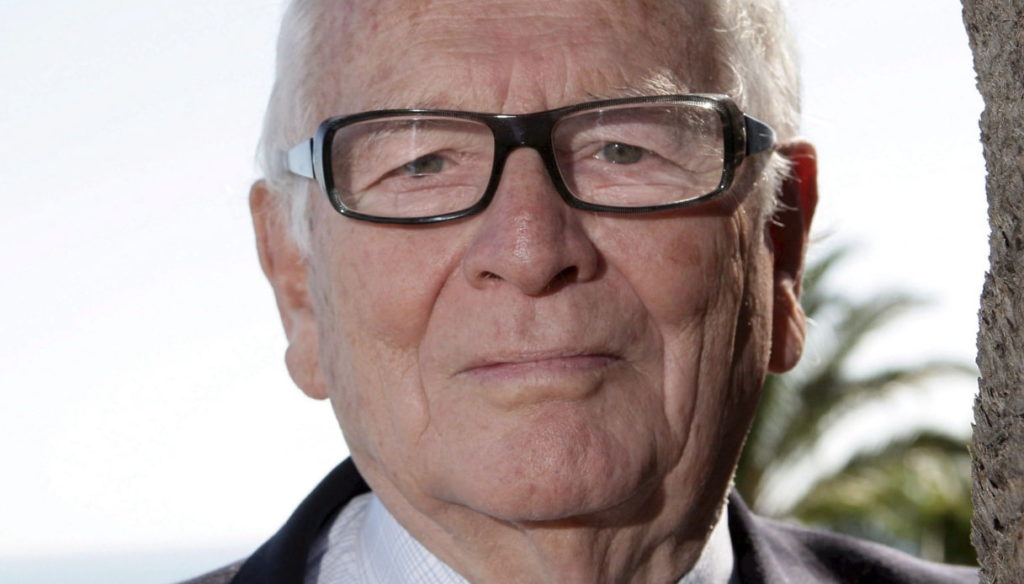 Jeanne Moreau was the great love of Pierre Cardin who was very close to his nephew Rodrigo Basilicati, considered his heir

The love for Jeanne Moreau and the bond with Rodrigo Basilicati, his heir: Pierre Cardin lived a life guided by feelings and great passions. In his life the love for fashion, but also important relationships that have accompanied him for many years. The first is the one with Rodrigo, a beloved nephew who inherited his creative flair from his uncle.

Designer and outspoken man, Pierre Cardin has never hidden the great regret of not having had a child. "Children give you perspective and offer the opportunity to pass on your experience to them," he said. For this reason the designer has always cultivated with affection and dedication the bond with Rodrigo, nephew who became designer of the maison and considered its artistic heir. Esteemed by illustrious colleagues such as the stylist Jean Paul Gaultier and Christian Louboutin, appreciated by the Beatles and Jackie Kennedy, the designer has lived two great loves in his life.

The first was for Jeanne Moreau, a splendid actress for whom she had love at first sight in 1961. The two met for the first time in Paris when the diva went to Pierre Cardin's maison to choose a dress to wear in Eva , film directed by Joseph Losey. It was love at first sight, as they both would tell, years later, in a couple interview with Paris Match. “I began to love Pierre for his creations, even before I met him – the words of Jeanne -. I immediately found it magnificent. I loved him as he was. I wanted it and I went to look for it ".

“Jeanne shocked me – the memory of Pierre Cardin -. It corresponded to my deep nature. She was as beautiful as I dreamed of beauty. Sensitive. Intelligent. A transcendence. Perhaps in secret I was only asking to love a woman, to love the woman, to love Jeanne. If we hadn't had physical intercourse this story would never have existed. I felt physical attraction from the moment I met her. I remember love at first sight, of a passionate bond that lasted four years and then of a separation that separated us for some time before living today an unfailing friendship ".

Barbara Catucci
6493 posts
Previous Post
Pilates Reformer: what it is, exercises and contraindications
Next Post
Today is another day, Lory Del Santo talks about her difficult childhood and the pain for her children