Pio and Amedeo, because we didn't like the politically correct sketch 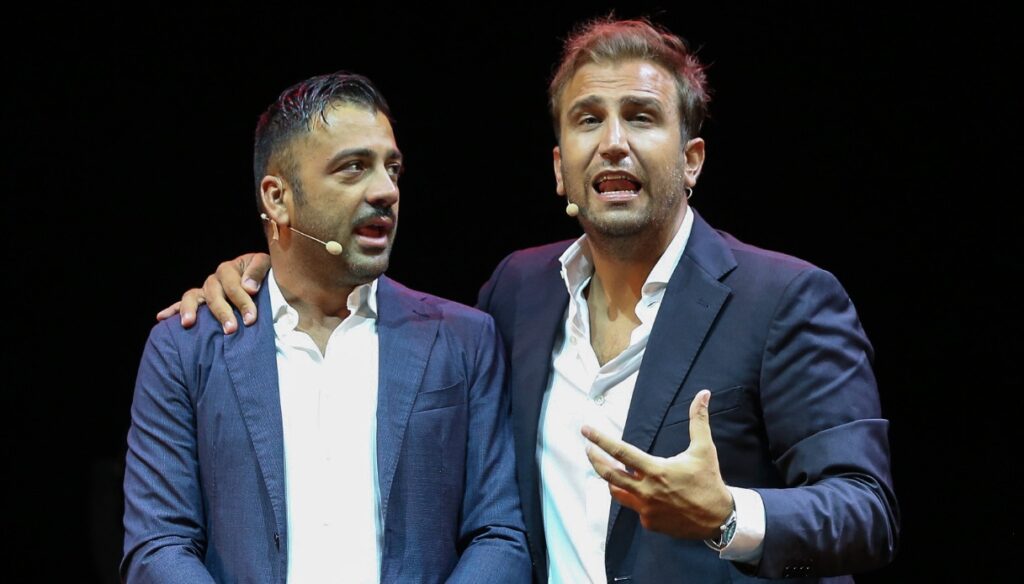 Pio and Amedeo's monologue on politically correct has made many turn up their noses, even us

There are no easy ways to tackle a thorny subject, but there is a choice whether or not to do so. But if you decide to export, you have to do it right.

On Friday, April 30, during the last episode of Felicissima Sera, a program highly appreciated by many viewers, Pio and Amedeo decided to give their opinion on freedom of expression, somehow believing they were doing something that no one had ever been able to do.

The point, however, is that going against the current often means going against the crowd, taking uncomfortable positions, being part of those few who think differently. Are we sure that they, with their monologue where they brought up racism, homophobia and politically correctness, really did this?

Pio and Amedeo: “Intentions count”. So let's try to analyze the facts

Before the last episode of the show aired, Pio and Amedeo had already pre-announced their intervention, they had called it uncomfortable. But what is inconvenient about taking sides – once again – on the side of those who are not discriminated against? Telling those who already do not have much voice to continue not to talk too much, not to make it too long, is easy.

So let's try to analyze the facts.

In practice, amidst laughter, jokes and the invitation not to take themselves too seriously, they told those who are part of a minority for what, how and when to be offended.

Males, whites, straight men have told blacks, women and gays – groups they are not part of – not to blame them for the words, gestures and teasing that are addressed to them on a daily basis.

As women, don't we have the right to decide what we find offensive? When is a comment inappropriate? When is someone crossing the line? Or do we always just have to laugh about it?

“Intentions matter”, Pio and Amedeo decided, not words. Yet it is precisely because we often forget to give weight to words that intentions, in the end, end up being the wrong ones.

They wanted to empty terms that are in themselves offensive, and this is a concept that is valid at the base, but must be gutted well, able to deal with, it cannot be liquidated with 10 minutes of sketches and unsuccessful examples (yes, because it should be clear that comparing Jews to Genoese is not quite the same thing). It would be very nice if there were no differences even in making jokes, if we could laugh and not think about it, but – let's face it – this is not possible in a society where words are still used as a discriminating label, where men, women and children continue to be offended by the color of their skin, their sexual orientation, their origins.

It must be reiterated, today more than ever: words matter.

Happy Evening, we are and can be better

Someone wrote that "Pio and Amedeo make you laugh because they interpret the average Italian on purpose". But hasn't the time come to get rid of this label too? We are and can be better than mediocrity.

Of course, it is true that Pio and Amedeo started with stadium choirs, could we and should we have expected something different from them? The answer is yes, because if two unknown guys have managed to get a prime time program in a few years, then this means that they know how to do something, that they are good, that they have other tricks up their sleeves.

It is not that we can no longer say anything, it is that now we have to give an account and realize what we are saying, because we have the tools to do it and – fortunately – there is more civil conscience, sensitivity towards certain issues and desire for change .

Social, TV, web and all means of communication shorten distances and give space to everyone, even to those who have not had it for a long time. It would be enough to listen to the stories of those who fight against bullying and discrimination every day to understand how wrong it is to hide behind "freedom of expression" in these cases.

Pio and Amedeo, Marcuzzi defends them. Aurora Ramazzotti against (and she's right to sell)

“Maybe they wanted to use the comedy to show others that it's normal. Points of view. But obviously you always see the negative side of things ", this is a comment shared by Alessia Marcuzzi on Twitter, who commented on the show of Pio and Amedeo:" I think so, I didn't see the rotten thing ".

Yet someone was offended.

The irony must disarm the opponent, not provide him with new points of attack.

The voices of Bianca Balti, a model very committed to social issues and always active on these issues, Michele Bravi, who commented "words are as important as intentions", and Lodo Guenzi, singer of de The Social State who wrote on Instagram: "When on TV there is a joke about the word saying that gay Pride makes no sense because we are all the same, while in the country homosexuals are beaten and offended like me it never happened as a straight man, here no. This is an example of the intentions with which words are used ”.

On the other hand, a timely and careful reflection came from Aurora Ramazzotti, who after the complaint regarding the cat calling episodes, decided to expose herself once again. And she decided to do it right, her.

"This thing that you continue undeterred to have the presumption of deciding what is offensive for a category you are not part of and of which you do not know the battles, the pain, the fears, the discomfort, the discrimination … unsolvable mystery ".

“I'm sorry but I had to say it. Making a distinction between the excess of 'politically correct' (which bothers me too) and the use of words that have taken on purely derogatory and discriminatory connotations is a must. There is talk of good or bad 'intention', but nowadays using them (on television later) already denotes the wrong intention. This is done by ignoring that those who belong to the categories in question have clearly expressed that they do not want to hear them. Because they hurt him. Point".

It is in these cases that it is not necessary to add anything else, if not our very personal consideration: good Aurora.