Pituitary tumors: what they are, symptoms and treatment 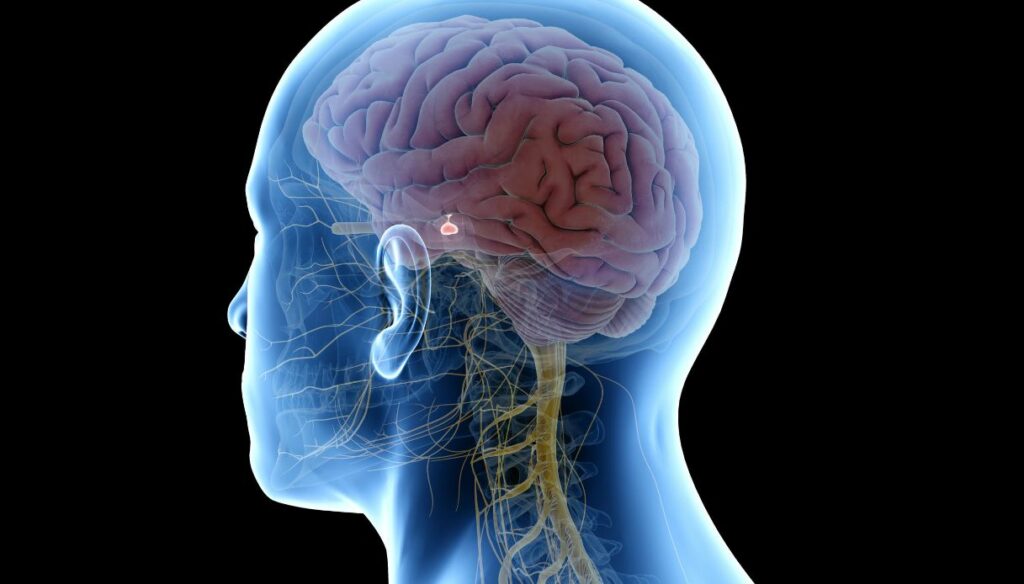 What are the symptoms, diagnosis and treatment of tumors that affect the pituitary gland, which is the small gland that regulates the release of different hormones in the body

What is the pituitary gland

The pituitary gland is a small gland, whose main function is the secretion of hormones with which it regulates the functioning of almost all the endocrine systems of our body (thyroid, adrenal glands, ovaries, testes). It is located at the base of the brain, just behind the nose, has a size of 5-7 mm and is divided into two distinct lobes: adenohypophysis (or anterior pituitary) and neurohypophysis (or posterior pituitary).

The pituitary gland may be affected by small benign tumors, which are called pituitary adenomas. In fact, the term adenoma defines a benign tumor that develops from glandular cells. Pituitary tumors represent about 10% of all intracranial tumors and in 90% of cases involve the anterior pituitary. Most of these tumors grow very slowly and cause no obvious disturbances.

Pituitary adenomas can affect any age, including pediatric age, however the greatest incidence is found between 30 and 60 years. In many cases, the diagnosis is incidental in the course of performing CT (computed tomography) or magnetic resonance imaging of the brain for other reasons (for example, a head injury). Sometimes, in fact, they remain unrecognized for years without causing disturbances.

Based on their size, they are classified into micro-adenomas (with a diameter of less than 1 cm) and macro-adenomas (greater than 1 cm); moreover they can be classified according to the clinical picture, characterized or not by the excessive secretion of one of the pituitary hormones and are divided into:

Carcinomas (malignant tumors) of the pituitary gland are very rare and have metastases in other organs and in particular in the brain, spinal cord and meninges already at diagnosis.

The symptoms associated with the presence of a pituitary tumor are of three types:

In the first case, a headache particularly resistant to analgesic / anti-inflammatory therapy, perhaps associated with a visual deficit (especially difficulty in seeing the lateral fields) can be a symptom of suspicion.

In women, changes in the menstrual cycle (oligomenorrhea or amenorrhea) are generally the first indicator of a hormonal problem: in fact, both hypersecretion and hyposecretion of the pituitary can disturb the delicate balance of the pituitary-gonadal axis.

In humans, one of the main symptoms associated with the presence of pituitary tumors is erectile deficit, as well as, even more specifically, a reduction in libido, especially in the case of those tumors that produce prolactin.

Difficulty in conception can also be a consequence of the presence of a pituitary tumor, in women but also in men. Often these tumors are, in fact, diagnosed following examinations for the couple's infertility.

There are also peculiar symptoms that can help us identify the presence of tumors that produce GH or ACTH. In the first case, particular attention must be paid to the enlargement of the hands and feet with the need to change the rings or the size of the shoes, as well as the appearance of sweating or greater spacing of the teeth associated with changes in the face: all signs and symptoms of a possible hypersecretion of GH.

In the second case, the appearance of red stretch marks on the abdomen or thighs, a rapid and unexplained weight gain associated with muscular hypotrophy of the limbs, the onset of diabetes and hypertension, especially at a young age, a greater frequency of bruising and in women the onset of hirsutism or menstrual cycle disturbances can lead to the presence of a pituitary tumor that produces ACTH.

The appearance of polydipsia (the need to drink large quantities of water, more than 3-4 liters per day) and polyuria (the need to urinate a lot) can be an alarm bell for the presence of a tumor that affects the posterior pituitary resulting in a deficiency of the anti-diuretic hormone.

Finally, the set of more nonspecific symptoms such as severe fatigue, reduced stress tolerance, hypotension, tendency to hypoglycemia, ideo-motor slowdown, hyporeflexia, cold intolerance, constipation and weight gain could reflect a deficiency in the functioning of ACTH and TSH and configure those pictures of hypothyroidism and adrenal hypocorticism of pituitary origin that often accompany the presence of tumors of the pituitary gland.

Diagnosis is not always easy as the symptoms can also be very nonspecific. This is why the first step should always be a careful medical examination during which the specialist takes note of all the signs and symptoms complained of by the patient. Based on an initial evaluation, in case of real suspicion of pituitary disease, hormone levels will be assessed with a blood sample. When it is suspected that the tumor has reduced the function of the healthy part of the pituitary, both the levels of hormones directly produced by the pituitary and those produced by the peripheral gland are evaluated. Finally, to confirm the diagnosis, an MRI of the pituitary gland with contrast medium is indicated, which allows to highlight even very small lesions. The visual field examination can be useful in cases where there is a visual disturbance or if a macroadenoma is highlighted on the resonance.

The treatment of these tumors can be surgical, medical and radiotherapy. Since pituitary tumors are quite rare, it is extremely important to go to specialized centers where you can have the best treatments and count on the presence of experienced doctors. To choose the most suitable treatment, however, it is essential to know if it is a benign form and to take into account other factors such as the size of the tumor, the possible production of hormones and the type of hormone produced. In many cases, surgery remains the treatment of first choice; in tumors that produce prolactin, on the other hand, drug therapy is preferable in the first line. Instead, in cases of small and asymptomatic tumors, found incidentally, only follow-up is possible over time.

In collaboration with Dr. Nunzia Prencipe