Plants that purify the air 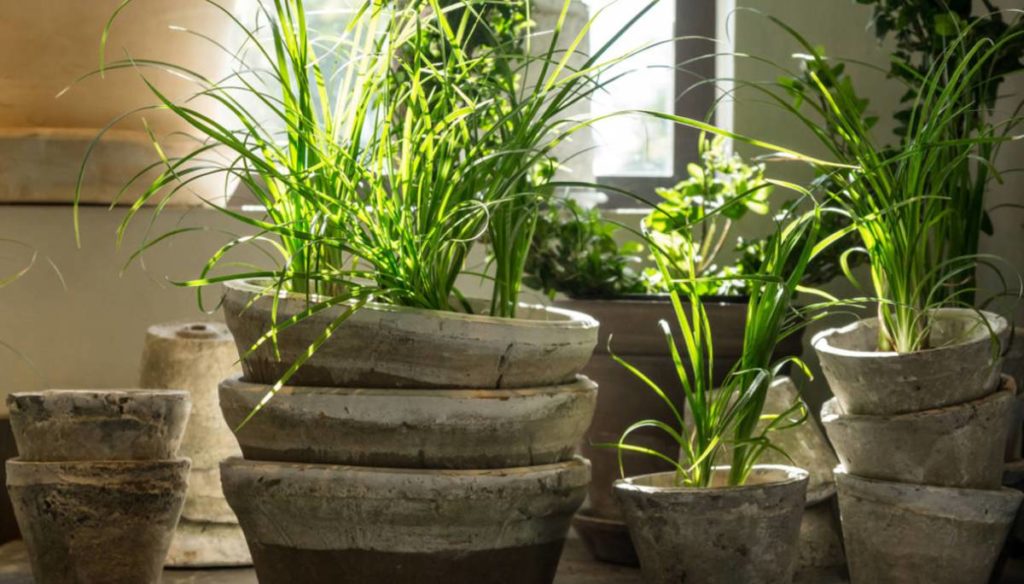 Let's find out all the plants that purify the home air, in order to guarantee a healthy life in every home environment

Are plants capable of purifying the air? Apparently according to some studies carried out by many NASA researchers and other institutions of the scientific world, plants have this sort of power to purify the air that we breathe in addition to manufacturing it again through chlorophyll photosynthesis. In fact, many of them would be able to absorb, together with carbon dioxide, even some substances diffused in the air, volatile called Voc, responsible for numerous health problems. Naturally man is capable of underestimating even the most dangerous things, and often he does not care if the air of the environment in which he lives is polluted by various types of fumes or gas, such as that of a burning fireplace, a cigarette or the simple vapors and fumes released by chemically manufactured products such as paints, degreasers and acids. Not many people know that even electronic devices manage to produce vapors and polluted air capable of creating health problems. Therefore I will briefly try to indicate all those plants that have this beneficial effect for the environment in which they are inserted.

One of the first plants capable of purifying the air is called Mother-in-law's tongue, known in the scientific world with the name of Sansevieria trifasciata Laurentii. This particular with a rather funny name, according to scientists, would have the great ability to absorb harmful substances present in the air and in some objects present in the products used for cleaning, in the toilet paper used in the bathroom or in the textile material used to take care of the own body. In particular, it would be able to eliminate formaldehyde, a very dangerous substance and capable of creating health problems. The mother-in-law tongue is a plant capable of growing and doing its job even in an environment where light is present in scarce quantities, therefore it is suitable to be placed in any environment. Another plant that has the same power is Ficus, in fact this type of plant would have the ability to absorb formaldehyde together with other substances such as trichlorethylene or benzene, present in many objects of the house as in the furniture that compose the furniture or the carpets used. As for the arrangement and use of this plant, it must be said that it needs a certain amount of sun, therefore it would be good to place it in an illuminated and watered place at regular intervals. In this way you will guarantee a long life and at the same time you will guarantee an unparalleled beneficial effect.

Many do not know that even chrysanthemum is able to make you benefit from this positive aspect, in addition to livening up the environment in which it is located with the color of the flowers it is able to eliminate many harmful substances such as benzene from the surrounding environment, which is found in high concentration in products such as glue, paints of any kind and more generally on plastics and detergents used for hygiene. In order for the plant to develop at its best it would be good to place it in a point of the environment exposed to the sun continuously, in this way you will be able to see its flowers grow and mature at their best. Another very famous plant capable of this beneficial effect is aloe vera, also known for its numerous uses in the medical field (in fact it can very well be used to create creams capable of soothing burns or irritations) it is also excellent for purifying the air of any environment from substances such as benzene and formaldehyde. It is very simple to grow and will have a long life if you place it in a place well exposed to the sun. Dracaena, known in the scientific world as Dracaena marginata, is certainly worth mentioning. This plant, in addition to having a decorative aspect, given the presence of red shades on the green leaves, is capable of absorbing numerous substances harmful to your health, such as xylene, but also formaldehyde and trichlorethylene. These types of substances are also present in large quantities in the lacquers used every day.

Ivy, on the other hand, will be an excellent ally for you as regards formaldehyde but also for all those particles that are present in animal feces. In fact, according to some research conducted by many men of science, animal feces would be a source of molecules capable of making an environment polluted and harmful to health. In addition, the effects of ivy would also extend to harmful substances present in the air, such as formaldehyde. These are some of the plants that can help you benefit from an environment with clean and healthy air, so as to avoid unpleasant health problems caused by substances that should not be ignored. So before thinking about expensive and technological solutions for this problem, consider the idea of ​​using some of these plants that can decorate your environment by reducing the cost of a lot.

Maria Teolis
3429 posts
Previous Post
Witch: woman in harmony with nature
Next Post
Flavia Pennetta is pregnant. She and Fabio Fognini will become parents in the spring