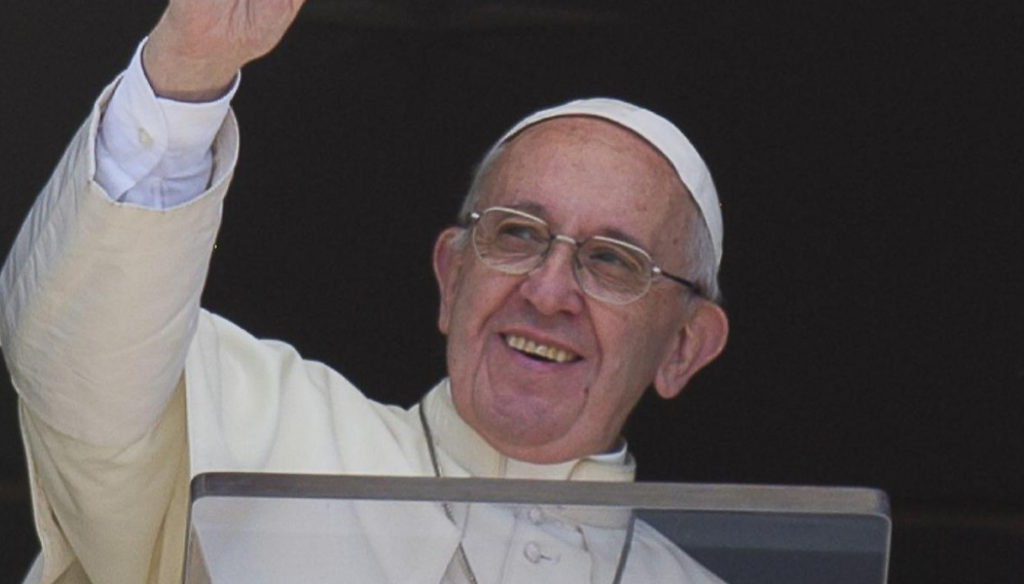 Love for each other, the value of dialogue and the central role of the elderly: Pope Francis turns 84 and teaches us a lot with his phrases

A symbol, but first of all a man who was able to revolutionize the Church with courage and determination: Pope Francis turns 84. Born in 1936 in Buenos Aires to Piedmontese emigrants, Jorge Mario Bergoglio will celebrate this important anniversary in the Vatican, living it like any other day. But Pope Francis is anything but an "ordinary man".

Seven years have passed since the pontificate of Francis began, who defined himself as the pontiff "who came from the end of the world". Since then the world has changed, but he, with his strength and tenderness, has remained a staple for millions of people. Raised in a close-knit family, Bergoglio was ordained a priest in 1969 and for about six years he held the position of the provincial of the Jesuits of Argentina. Shortly thereafter he became auxiliary bishop of Buenos Aires and later coadjutor archbishop. In 1998, upon the death of Cardinal Quarracino, he became his successor at the head of the diocese. In 2001 he was elected cardinal and probably at the time did not imagine that twelve years later, he would become Pope.

But it did. Pope Francis came at a difficult time for the Church, overwhelmed by the Vatileaks scandal. He immediately showed the desire to bring a breath of fresh air, giving life to large and small revolutions. Bergoglio joined Twitter, takes selfies with anyone who asks him, is close to young people, has a green soul and an excellent approach to technology. In short: it is different from all the others. It is also a great source of inspiration. This is demonstrated by his sentences, full of hope, of strength, but above all important food for thought.

Speaking of work, in Il Gangelo del Sorriso, he said: “A person who works should also have time to recover, be with the family, have fun, read, listen to music, play a sport. When an activity leaves no room for healthy recreation, restorative rest, then it becomes slavery ". On friendship, on the other hand, he explained: "True friendship consists in being able to reveal the truth of the heart to others".

"Do not be afraid of goodness and not even of tenderness", is the motto of Pope Francis, who on love says: "True love is limitless, but it knows how to limit itself, to go towards the other, to respect the freedom of 'other". The pontiff has always opened the doors to dialogue and understanding of the other, inviting everyone to do the same.

“The challenge of reality also requires the ability to dialogue, to build bridges instead of walls – he explains -. This is the time for dialogue, not for the defense of opposing rigidity ”. And again: "Dialogue means being convinced that the other has something good to say, making room for his point of view, his opinion, his proposals, obviously without falling into relativism. And to dialogue, we need to lower our defenses and open the doors ”.

His phrase addressed to couples is famous: "Living together is an art, a patient, beautiful and fascinating journey. It doesn't end when you have conquered each other … Indeed, that's when it begins! ". As well as the reflections on the need to take care of Nature: “Nature challenges us to be united and attentive to the care of creation, also to prevent, as far as possible, the most serious consequences”.

Pope Francis is always on the side of young people, who pushes us not to forget the beauty of reality beyond social media: "Our brightness does not come from tricks or special effects, but from our being the neighbor of those we meet wounded along the way, with love, with tenderness ". But he does not forget the elderly: "Grandparents, who have received the blessing of seeing their children's children, are entrusted with a great task: to transmit the experience of life, the history of a family, of a community, of a people; sharing a wisdom with simplicity, and the same faith: the most precious inheritance! Blessed are those families who have grandparents close by! ”.

And on his mission he explains: "I am only interested in making sure that those who are slaves to an individualistic, indifferent and selfish mentality, can free themselves from those unworthy chains and reach a more human, nobler, more fruitful lifestyle and thinking. , which gives dignity to their passage on this earth ”.

Giovanna Pirri
4499 posts
Previous Post
Diet with thistles, protect the liver and purify yourself
Next Post
George Clooney reveals what his wife Amal can't stand about him