Pregnancy test: everything you need to know 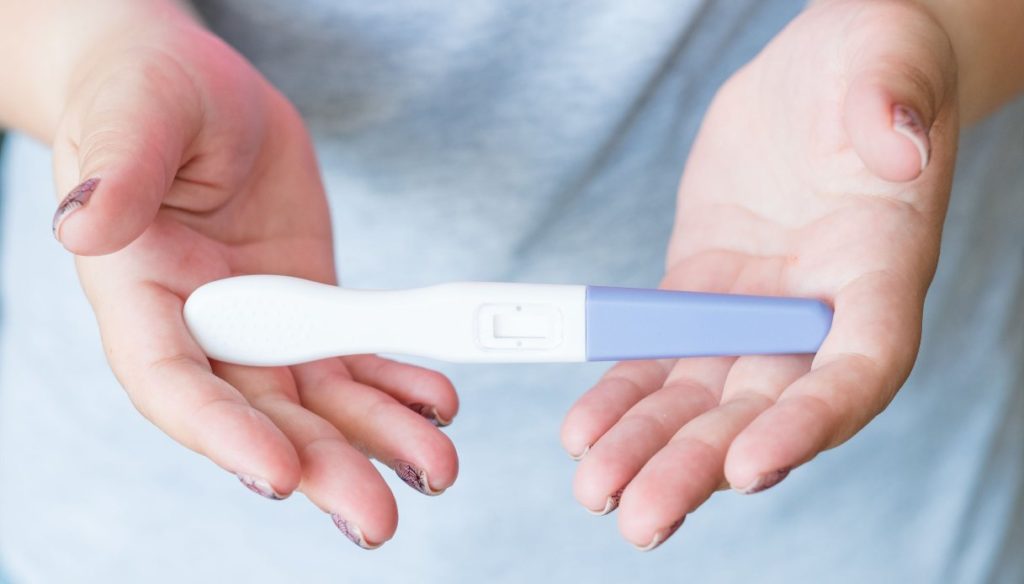 The latest generation pregnancy tests are smart and simple to use. Find out when it's right time to do it and how it works

Pregnancy tests have evolved a lot over the years, so much so that those on the market today are able to give much more than a positive / negative answer. By choosing some types of tests, in fact, it is already possible to locate it temporally and obtain an indication of the week of gestation.

It is always very important, however, to follow the instructions and advice regarding the execution of the test, so that the response is as accurate and reliable as possible.

How does it work?

The pregnancy test reacts to the presence of the pregnancy hormone, called Beta HCG or Human Chorionic Gonadotropin: this hormone has the task of promoting an adequate environment for the development of the embryo so much so that, precisely because of its crucial importance in the first weeks of pregnancy once conception occurs, βhCG levels double every two or three days, only stabilizing during the second or third month. Although the fertilized egg takes about 2 weeks to reach and implant itself in the uterus, therefore, the βhCG hormone can be detected in the urine already about 10 days after conception.

There is no single type of test to check for a pregnancy. In fact, there are generally two ways to detect the β-HCG hormone.

The urine test is do-it-yourself and can be purchased at pharmacies, parapharmacies, online but also in supermarkets equipped with personal care items.

Generally this kind of test consists of a plastic stick containing a test strip which, in the presence of the hormone, changes color and causes lines or other symbols to appear on the visible part of the strip. Digital tests, on the other hand, are equipped with a stick and a reader with a screen on which the indication of the response appears directly and sometimes for how many weeks the conception has occurred.

Although in general it would be good to perform the test in the morning, when the β-HCG concentration is higher and therefore easily detectable, some tests have a higher sensitivity than others so they can be performed at any time of the day.

In any case, considering the specificities that the individual tests may present, it is always advisable to carefully read the instructions contained within the package.

The blood test (100% reliable), necessarily carried out by a health worker, is divided into two types:

Finally, it is possible to detect the β-HCG hormone also through salivary tests but this type of procedure is not yet widely used in Italy (the salivary test still has a 98% reliability).

How it is done

To perform the urine pregnancy test, just wet the stick with urine, in the designated part. It is advisable to perform the test with morning urine so that the hormone concentration is higher and therefore more easily detectable. However, it is not necessary to perform the fasting test.

In any case, it is always essential to strictly follow the instructions on the package and package leaflet: if performed correctly, in fact, a positive urinary test is 99% reliable.

In the presence of a negative result and especially when the test is performed one or two days after the missed period, if a pregnancy is suspected it is advisable to repeat it a few days later.

When to do it

In general, a urine pregnancy test should be performed at the time indicated on the package insert. However, to obtain the most reliable result, it is advisable to perform the test from the first day of delay of the expected menstruation.

Early tests are also available on the market, capable of detecting minimal amounts of β-HCG (25 mU / ml), which can be performed even four days before the expected menstruation.

Understanding the test result is very simple, especially if it is a digital test (therefore, accompanied by writing). If the test is traditional, with the two dashes and the double window, make sure that the confirmation line, if present, is well defined.

If the test is positive, you should contact your doctor to proceed immediately with adequate monitoring of the pregnancy.