Pregraphism: when and how to initiate children to literature 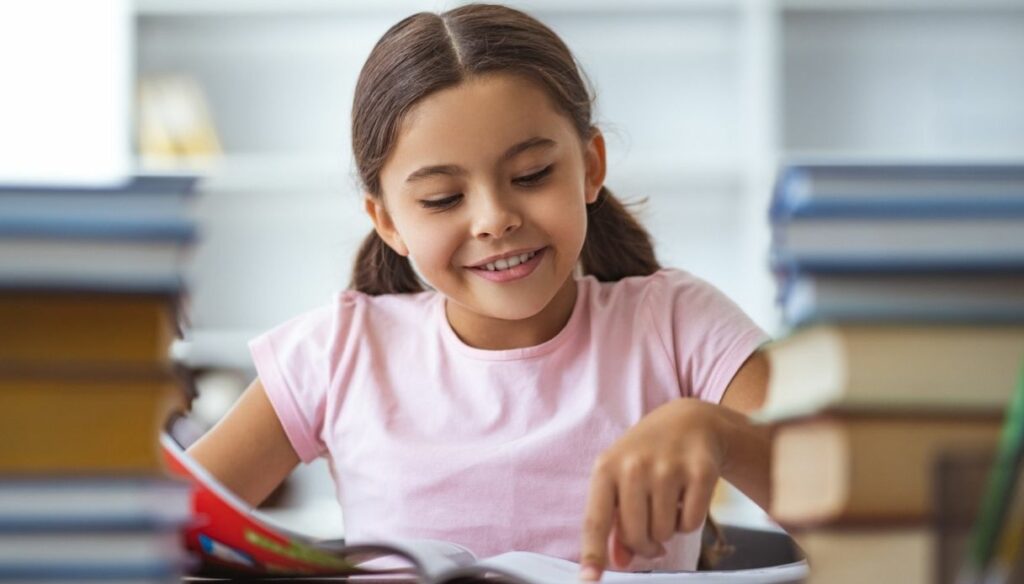 If you have small children, about four years old, you will have heard of pregraphism, a term to be handled with care that involves children in many aspects, including motor ones.

Thanks to Dr. Tiziana Scarnata, a former high school teacher who has been teaching in primary school for many years, we can shed some light on the subject, and on the connection between the development of different motor skills in children and pre-printing.

"With the term pregraphism (or prescription), we mean the plurality of those activities generally intended for children of the age of 4, aimed at developing eye-manual coordination and the correct grip of the pencil, when the child begins to draw lines or color on a sheet of paper. Pre-graphing is a first graphic activity that the child plays in the form of a game and precedes writing and drawing ".

When to start approaching letters, symbols and syllables

If, on the one hand, there are parents who do not question themselves about when to let their children approach literature, waiting for the school to initiate the child to this teaching, others instead paw, wanting to anticipate the times. The latter also ask themselves how to do it, through what method.

"The approach to letters, numbers and syllables occurs around the age of four, when the child is able to reproduce, by copying, the symbols assigned. Before that age, the child naturally tends to draw horizontal lines which gradually become more wavy. Imitating the writing of the great encourages him to hold a sheet of paper in front of him and to draw signs ”.

Exercises for learning to write

We know that for children learning passes through play. Not surprisingly, it is said that for them the game represents a job. Playful activities are often not aimed at themselves, but through them, whether they are physical or manual games, the child experiences and learns new teachings. The same concept is at the basis of the cards dedicated to pre-printing.

As Dr. Scarnata asserts, “Children are assigned cards, which are used to learn to draw lines, or to close open lines, to punctuate or to follow a stroke. Words are dashed or colored or filled. There can also be simulations of graphic signs through the movement of the body. In the pre-graphic cards, the exercise is hidden in the form of play and drawing, because that is the moment in which the child knows and appreciates playful activities ". 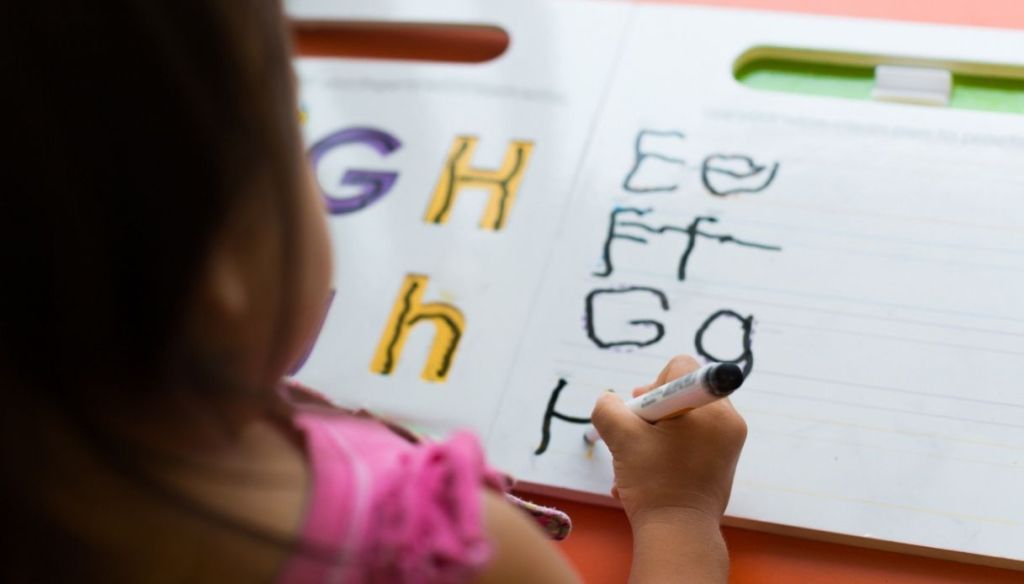 Can the child learn to write before primary school?

According to one school of thought, teaching children to write or even read before they start primary school could be counterproductive. According to some, the child would risk not being stimulated in class, less attentive, because he would be offered notions he already knows. But not everyone thinks so.

For the Scarnata “Coming to school with good qualifications is not counterproductive at all. Already in kindergarten, the child feels a natural propensity to try to interpret the writings he sees around him. Of course, learning to write is a different thing, a step that takes place around the age of six, but children, already around the age of five, are able to associate the symbol with the sound and write the letters of the alphabet by heart, without copying them ".

Global and fine motor skills: what they are

Linked to pre-graphism is the child's motor skills but also his ability to orient himself in space and time. Strange to say but absolutely linear. Tiziana Scarnata helps us understand what it is and why the two motor skills are closely linked to learning letters and numbers.

Spatial orientation is one of the graph-motor components to be taken into consideration when evaluating the abilities of a child. While starting to read and write significantly in primary school, there are important visual-spatial skills that need to be developed in preschool and which represent the basic requirements for learning to read and write. In the infantile stroke of the drawing, for example, many aspects of infantile psychology can be grasped ”.

Today's children, if, on the one hand, they arrive at school with greater knowledge and skills, than in the past, on the one hand they may have greater difficulties with respect to that fine motor skills which, as they have understood, is closely linked to pregraphy. Unfortunately, once again, it is the use of smartphones and the like that creates critical issues.

At what age should you learn to write

To those who thought they had left behind the competitions and the comparisons on children, to the crawl phase or the first babbling, bad news must be given. Even in elementary school, comparisons can be on the agenda. Not necessarily in purely competitive terms, but also only aimed at ascertaining the stage in which your child is, compared to the rest of his peers.

La Scarnata reassures us, confirming that not all children respect the same times: “Children generally learn to write fluently between the ages of 5 and 7. However, it certainly cannot be said that this is true for everyone. There are children who need longer times and who have greater difficulties, because they have not adequately developed visual memory and perceptual skills. This is true for both letters and numbers, as there is no substantial difference in their learning ”.

So, keep calm and give each child their own time. No competition between them is welcome, because what matters is the final goal, which, sooner or later, they all cross. Yes, even the one who came last in the challenge of the fastest crawl in the west!