Psoriasis, how to recognize and control it 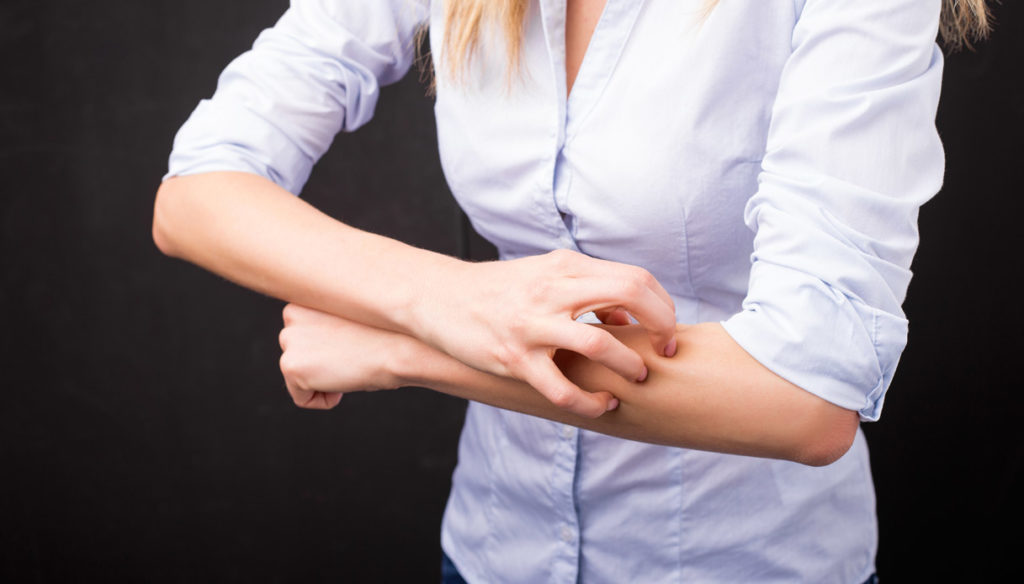 Psoriasis causes red, swollen, scaly patches. It mainly affects between the ages of 10 and 40 and has a significant impact on the quality of life

It is a real call to arms against psoriasis, a skin disease that in a more or less serious form affects about three out of a hundred Italians. More information is needed and it is necessary to combat fake news which, on the one hand, lead to undergoing treatments that are not scientifically proven and, on the other, can delay diagnosis and therefore treatment.

The appeal comes from the #BeInformed campaign launched by the International Federation of Psoriasis Associations (IFPA) on the occasion of World Psoriasis Day which is celebrated on October 29 in more than 50 countries around the world.

As happened in March 2020, due to the second pandemic wave, outpatient activities are again being blocked with very serious consequences in patients who often do not adhere to therapies, are frequently diagnosed late (in psoriasis the diagnostic delay is about 2- 3 years on average) and thus risk the interruption of specialist prescriptions.

This was reported by the same patients and experts gathered in a talk on the web promoted by Alfasigma in collaboration with the Associazione Psoriasici Italiani friends of the Corazza Foundation (Apiafco) and WHIN (Web Health Information Network). Fundamental, in first, it is to get to the diagnosis early.

Psoriasis is an immune-mediated disease with a chronic-relapsing course that causes swollen, red and scaly patches on the skin. It occurs mainly in young people, between 10 and 40 years, but certainly does not spare the other ages of life. Of the entire psoriatic population, 30 percent have a moderate-severe form of the disease with an impact in terms of quality of life and economic and social costs that should not be underestimated.

The costs that this pathology entails are huge: from 2,000 to 13,000 euros per year per psoriatic patient and from 10,000 to 17,000 € per year / patient for psoriatic arthritis. Almost 680 million are paid by the National Health System and 706 by the citizen. "Although a cure that can heal patients from psoriasis 100 per 100 does not yet exist since it is a multifactorial genetic disease, there are new generation drugs with more than brilliant results that can also be accompanied by preventive strategies that can help control of the same – recalls Federico Bardazzi, head of Psoriasis Severe UO Clinic Dermatology, S. Orsola Polyclinic, Bologna ".

Attention at the table

Apiafco, among its initiatives, has also launched the Food and Wellness project, eight volumes for over 900 pages of advice, suggestions and recipes aimed at those who suffer from psoriasis and inflammatory diseases but not only. A real journey that from appetizer to dessert (each volume is dedicated to a course), explores the role of all foods in our diet. The series contains 350 recipes, 24 scientific articles and 27 informative articles, 14 Chefs.

"Nutrition plays a very important role in the care of the psoriatic patient. It is known that the skin manifestations of this disease, which certainly represent the most evident and most impacting aspect on the patient's quality of life, in fact constitute only the visible expression of a generalized inflammatory state ", underlines Bardazzi.

“The risk of developing metabolic syndrome, cardiovascular pathologies and inflammatory bowel diseases is in fact greater in patients with psoriasis than in the general population. For this reason we are called to take care of the patient in a holistic and global way, where a correct diet from a quantitative and qualitative point of view today represents an irreplaceable ally in the correct management of the pathology, to reduce the inflammatory state of the organism and the incidence of comorbidities ".

The mini encyclopedia Food and Wellness consists of eight volumes, created thanks to the precious contribution of Giovanni Bellavia who took care of all the graphic design and illustrations of the volumes, available for free in full version on the APIAFCO website in the section dedicated to nutrition. , for those who intend to join the Association. All other interested users will be able to download an ebook containing extracts from each volume.

Gianluca Zompi
1590 posts
Previous Post
GF Vip 2020, the anger of the Ruta and the past of Dayane: report cards thirteenth episode
Next Post
Who is Sebastian Bear-McClard, the husband of Emily Ratajkowski