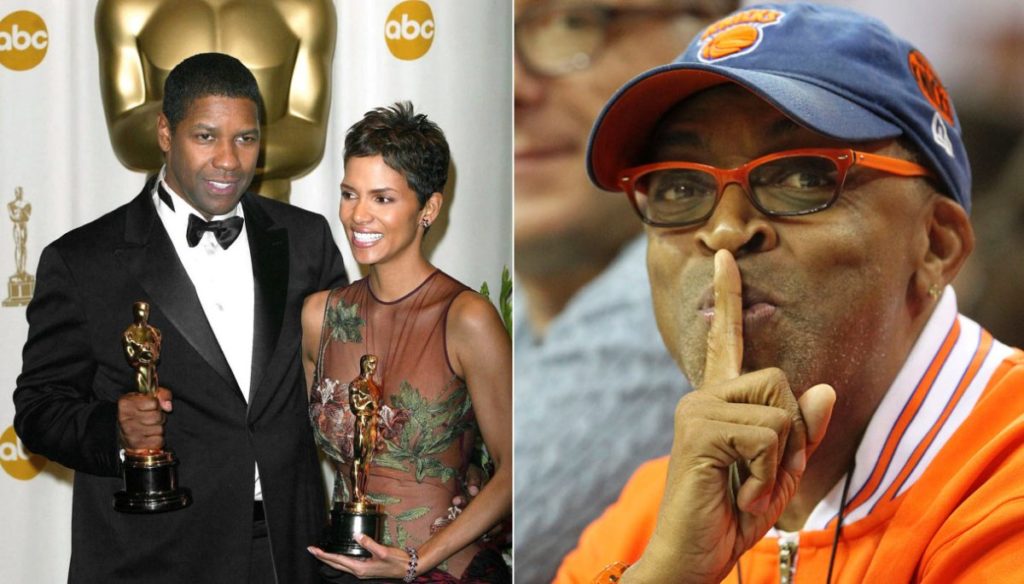 For the second year no black nominee. #OscarsSoWhite hashtag circulates on social networks and the director writes that he will not be present to collect the career award

We did not have time to rejoice for the Italian nomination to Ennio Morricone, which is already "Oscar controversy"

At the Oscars 2016 (here are the nominations) we will certainly not see all the colors. In the sense that among the candidates, the only certainty is that only white will win. Of 20 nominated actors and actresses, none are black, and it is the second year that happens.

So much so that the hashtag #OscarsSoWhite has returned to circulation on US sites (the Oscars are so white).

The reason is simple: in the meantime there are few films that do not talk about white men and there are few directors, producers, directors of photography, non-white or non-male screenwriters. But above all, the Academy jury is predominantly white and male. In 2013, the Los Angeles Times explained that 93 percent of the Academy members were white and 76 percent of the members were men.

But let's do two math, to make the idea of ​​the situation better. According to a statistic published by the Washington Post relating to all editions of the Oscars, from 1927 to 2015, in the four categories dedicated to the actors (men and women, protagonists and not) there were 66 nominated black in the history of the Oscars. Of these nominations, only four times out of 87 times the Oscar for Best Actor went to a black actor (Sidney Poitier in 1964, Denzel Washington in 2002, Jamie Foxx in 2005 and Forest Whitaker in 2007).

Only one black woman won the Oscar for the best actress: Halle Berry in 2002.

No black statuette as best director. On the other hand, as Spike Lee says (whose Chi-Raq film was snubbed this year)

When I go to the offices of the production houses, the only black people I see are security officers. If you're black, it's easier to become president of the United States than to head a movie studio

And just Spike Lee with a photograph posted on Instagram, announces that he will not be present at the ceremony to collect the career award, one of the Honorary Awards scheduled for this edition

How is it possible that for the second consecutive year all twenty candidate actors are white? We don't know how to act? And it's better not to go look at the other categories

Although the director adds that the "real battle" is not fought against the Academy, but within the studios and television networks.

Affectionately, on closer inspection, films that have had great box office success, black actors such as the entire cast of Straight Outta Compton, Idris Elba and Abraham Attah for Beasts of no nation and Michael have been snubbed this year. B. Jordan and Tessa Thompson for Creed, for which Sylvester Stallone was nominated. And again Concussion with Will Smith and precisely Chi-Raq, the latest film by Spike Lee

Reason that raised the fuss, stoked also by famous actors such as Jada Pinkett Smith, wife of Will, who on his twitter lashed out against the alleged racism of the Oscars.

People of color are always welcome at the Oscars if they are to award prizes or present and entertain the public. But we hardly receive awards for our talent. Maybe black people should give up the Oscars together? People treat us the way we allow them

In the last hours, with a video on his Facebook page, he has increased the dose, with phrases like:

And the same presenter of this edition, Chris Rock, who wrote that the Oscars would be the white version of the Bet Awards, the awards established by the Black Entertainment Television network and assigned to colored characters.

The only one, perhaps, who could disagree with all this controversy is one of the candidates of this year in the best leading actor category: Leonardo DiCaprio.

With his incredible performance in The Revenant, barring last-minute surprises, the actor should finally win the coveted statuette, chased for years and always lost by a whisker. Twice Leo had been nominated for very good films (The Aviator in 2005, and a double nomination in 2007 for The Departed and Blood Diamond) and twice he was seen blowing by actors – look a bit – of color : Jamie Foxx and Forest Whitaker. Keep an eye on talking to him about racism at the Oscars or you risk that the statuette (which will almost certainly win) pulls it behind you.