Radiotherapy for tumors, how it works and when it is needed 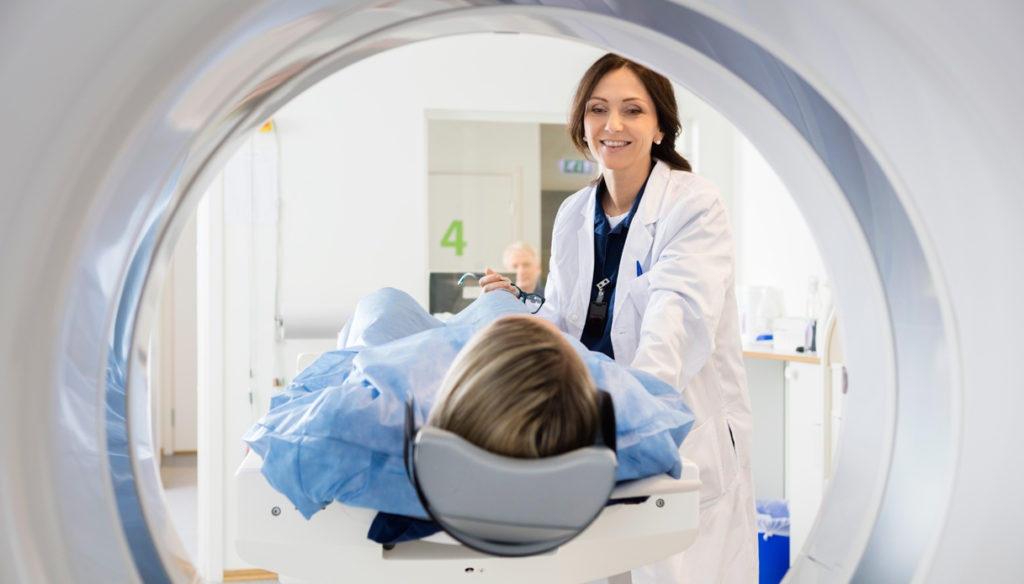 Cancer radiation therapy uses high-energy radiation against the tumor mass. How and when it is used

It all starts thanks to a woman. Although someone had thought of using X-rays in the late 1800s for the treatment of cancer, radiation therapy began to develop in the first half of the 1900s, in part after Marie Curie's research who discovered the radioactivity of the elements (radio and polonium) in 1898. Today radiotherapy, together with surgery, chemotherapy and more and more immunotherapy, is one of the bases for the treatment of many tumors.

Here's how it works

Radiation therapy uses high energy radiation, emitted by radioactive substances or produced by specific equipment called linear accelerators. Ionizing radiation, directed against the tumor mass, is able to damage the structure of the target tissue; cancer cells are poorly capable of repairing their damage and therefore once affected by radiation they undergo cell death or apoptosis.

Radiation therapy is based on the principle of directing ionizing radiation to the cancer cell to damage its DNA. Ionizing radiation generates free radical cells inside that irreparably damage the cellular genetic heritage. In order to save healthy tissues, the radiation beams are shaped and turned from different angles and intersect in the center of the area to be treated, where there will be a quantity of total absorbed dose higher than those of the adjacent areas.

"Oncological radiotherapy can be used for the exclusive treatment of a tumor, where exclusive means just as an alternative to surgery – explains Renzo Corvò, President elected AIRO (Italian Association of Oncological Radiotherapy) and Director of Oncological Radiotherapy IRCCS Policlinico San Martino Genova. Prostate cancer, larynx cancer, cervical cancer, certain initial lung cancers are among the most common examples; radiotherapy is often used in this radical role associated with chemotherapy, allowing the implementation of so-called 'organ function preservation' programs. This type of radiation therapy is performed in 35-40 percent of cases; very extensive, post-operative radiotherapy is also used. "

The expert continues: "The patient is subjected first to surgery and then to radiation therapy that eliminates the residual malignant cells in the area where he has intervened. This treatment is also called adjuvant and the most classic example is breast cancer; then we have a more limited, 5-10 percent, but interesting, share of cases treated with neoadjuvant, or pre-operative, radiation therapy.

These are situations in which the same surgeon together with the cancer team decides to proceed as a first therapeutic act to a radiotherapy cycle to reduce the tumor. In this way, the surgical act that follows after some time is more conservative. Example is colorectal cancer.

Finally, there is one last important role: classical palliative radiotherapy, which aims to control a symptom, for example, in a metastatic patient with a severe prognosis and uncontrollable pain; and, even more advanced, palliative radiotherapy with the aim of stabilizing advanced disease over time. In patients who have metastases, radiotherapy manages to stop evolution on very small areas with a much more favorable and prolonged prognosis for years. "

However, it should be remembered that this treatment can be used from pediatric tumors up to the age of 80 and even centenarians, in particular for skin tumors and head-neck cancers.

Gianluca Zompi
1268 posts
Previous Post
The Test of the Cook, Elisa Isoardi thanks the fans and Costanzo intervenes
Next Post
Alessia Marcuzzi returns to TV with Temptation Island Nip: the indiscretion