Raffaella Carrà tells herself: "They wanted to stop Tuca Tuca"

From the beginning to the fuss raised by her most famous ballet: Raffaella Carrà tells about herself and reveals her programs for Christmas 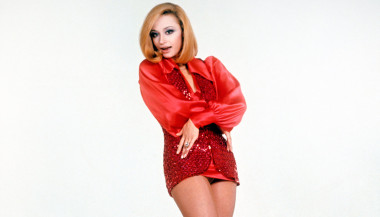 Raffaella Carrà, an icon of freedom who revolutionized television

A little less than a month ago, the Guardian defined her as the "pop icon that taught Europe the joy of sex", but Raffaella Carrà did much more, revolutionized television language and broke the mold by proposing a new example of a female figure in the entertainment world.
In a long and beautiful interview with the weekly Sette, the presenter talks about herself starting from the homage of the British newspaper and retraces some salient moments of her journey.

Like when they wanted to stop the Tuca Tuca, that dance that has remained in history, but considered a real transgression for the canons of the time. "I danced it for the first time with Enzo Paolo Turchi and the Roman Observatory put pressure on Rai to stop it. I was able to bring it back on TV only thanks to Alberto Sordi, to whom no one said no ", reveals Carrà, who had found herself involved in that fuss almost without understanding why it had attracted so much attention.

“I dressed like this, trousers and short top, without any ulterior motives. But obviously, without realizing it, I was breaking the mold. Perhaps because I danced freely, strongly, communicated energy, not excessive sensuality. And so it was easier to get a message of freedom across. While I was dancing I did not think: look how good I am. I thought: come on, come and mess with me ”, he says.

And perhaps because of her never vulgar spontaneity and her exuberance, Raffaella Carrà has always been loved also and above all by the female public. The presenter represented a source of inspiration for many women, for the revolution brought about by her way of dressing and posing, of course, but not only.

If you think about the years in which the Carrà phenomenon exploded and think about its parable up to now, it is evident how a real model is: an emancipated woman, who does not care about the judgment of others, who goes straight for her road and who loves her job and dedicates herself to it with all of herself.

“I can say that Lucia Bosé said that the day I entered Madrid – it was 1975, Francisco Franco had just died – by showing up on television I gave the alarm clock to Spanish women who have come to believe their selves again”, she says.

The presenter also told Sette that she did not live this 2020 well, at least not with her usual optimism and with her contagious charge: "I lived the first months of the lockdown in Porto Santo Stefano (Argentario), I had the garden, I walked, did the shopping and saw the sea. I was privileged. Now I'm in Rome and I suffer more ”.

In fact, even for Raffaella Carrà it will be a sober and decidedly more intimate Christmas. The Italian TV icon has revealed that he will probably spend it with Sergio Iapino, his former partner, now a dear friend and director of many of his programs: "My nephew will not be able to come from Marche, my niece is in Ireland. Perhaps I will spend it with Sergio, who is in Rome ”.