Rania of Jordan, on Instagram the sweetest wishes for her daughters Iman and Salma 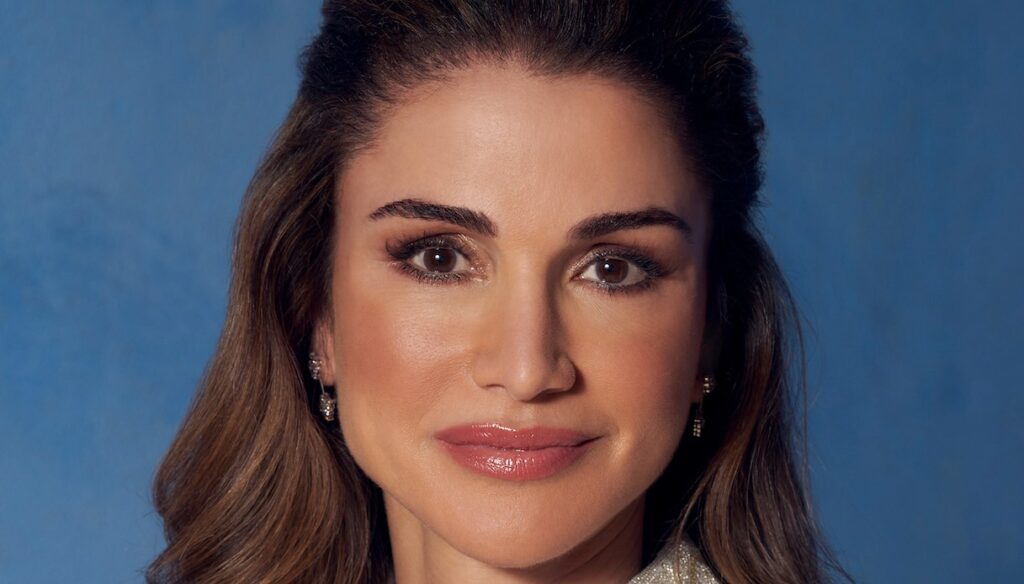 Rania of Jordan dedicated a sweet post to her daughters on Instagram, wishing them both happy birthday

A very sweet video published by Rania of Jordan and dedicated to the daughters Iman and Salma: the Queen has decided to dedicate a post to her girls on the occasion of their birthday.

Despite being born four years apart, the two Princesses celebrate the anniversary one day apart: the second child Iman was born on September 27, 1996, the third child Salma, on the other hand, was born on September 26, 2000. Rania in fact has others two children: Hussein, the heir to the throne, born on June 28, 1994, and Hashem, on January 30, 2005.

The short video published by the Queen of Jordan shows very tender images of the two Princesses as children: the first steps, the smiles, the cuddles and the games together, the first haircut, some of their public appearances at an early age, in images that they tell of an everyday life kept away from the spotlight and from social networks.

In the video, however, Rania did not limit herself to sharing only a few moments from the childhood of her daughters. Like any proud mother, the sovereign of Jordan also shared the great achievements of the Princesses: in the video, in fact, the Queen wanted to publish images of Iman’s graduation ceremony – who graduated from Georgetown University in Washington in the United States – and those of Salma, the first female pilot of the Jordanian armed forces, while she was honored by her father, King Abullah, with wings, the symbol of aviation.

Rania of Jordan then accompanied the video with an affectionate dedication: “Happy birthday to my sweetest Iman and Salma! God bless you”.

Both Princesses are already proving to be up to their role, following in their mother’s footsteps, dedicating themselves to humanitarian projects and making their contribution to female empowerment.

Iman’s future is already written: when his brother Hussein becomes king, he will be the second most representative figure of the Jordanian monarchy. The Princess, who strikingly resembles her mother and is often by her side on institutional occasions, is known for her commitment to study and sport.

On the other hand, Salma made history: she became the first female pilot of the Jordanian Armed Forces and gave a great signal to her country, following in the footsteps of her mother, who has always been at the forefront of women’s rights and abolition of gender stereotypes. 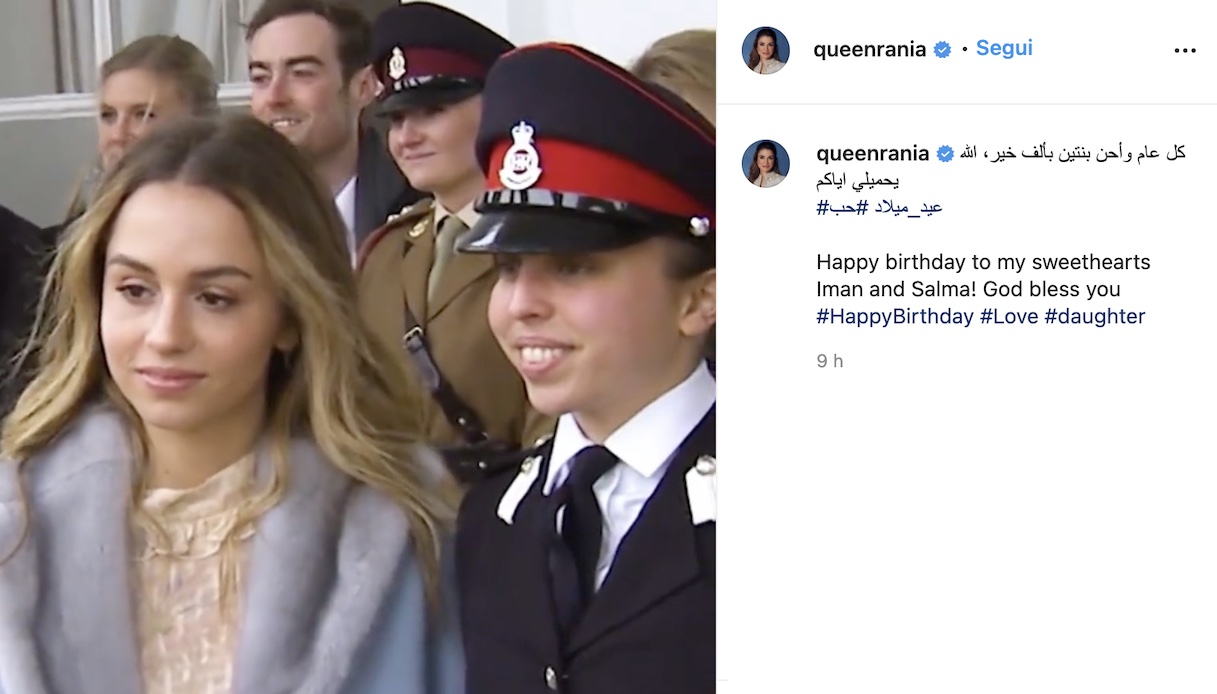