Red zone, where to return and what is forbidden to do 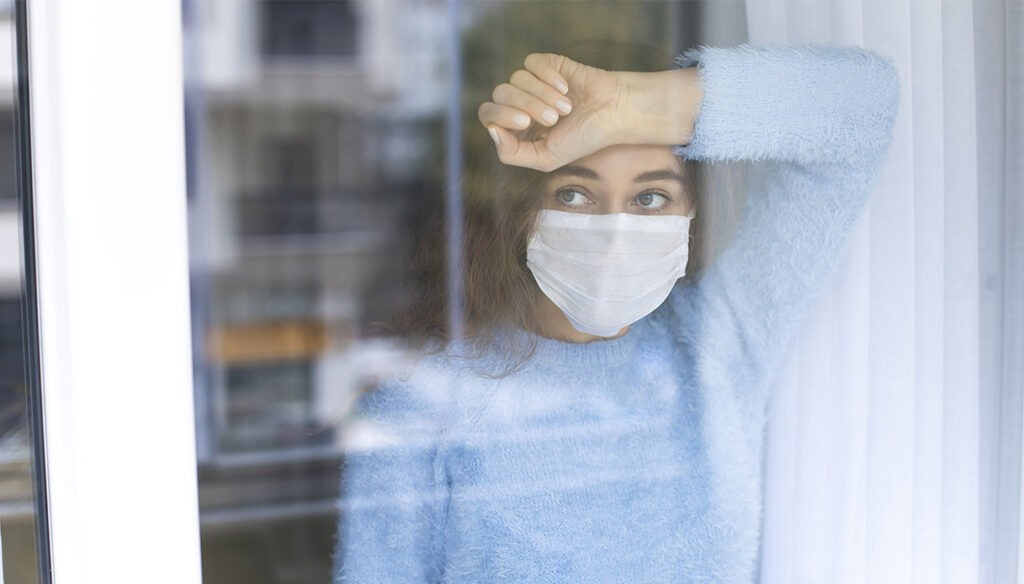 The bands of color still change, while almost all of Italy remains the yellow zone, some red zones are back

New changes are coming for the color bands in some areas of Italy, worried by the increase in infections in recent days. Unlike what has happened so far, however, the measures could affect not entire regions, but targeted areas.

It also remains to be understood what the rules for the yellow, orange and red zones will be starting from February 16. The last Dpcm signed by the resigning Prime Minister Conte on January 14, in fact, will remain in force until February 15.

For the moment, the only one to have announced the return to the red zone is South Tyrol. The autonomous province of Bolzano, as declared by the junta headed by Arno Kompatscher, has in fact decided to arm itself and declared a three-week lockdown, with very strict measures to counter the spread of Covid19 and its variants, after the EU map of ' Ecdc (the European Center for Disease Prevention and Control) rated the area as “dark red”. It means that the area is considered to have a strong trend in infections, with the daily exceeding of the threshold of 500 cases per 100 thousand inhabitants.

An increase in the risk factor also confirmed by the report of the Gimbe Foundation, which – according to what reported by Repubblica – would have measured an increase in cases of 10.1 per cent.

The measures announced by the autonomous province of Bolzano are even stricter than those provided for the red zone in the Prime Minister's Decree of January 14 and represent a return to a lockdown similar to the one that involved the whole of Italy in the spring.

In general, all travel from the Municipality of residence will be prohibited, except for the now usual reasons for work, health or urgent necessity. Bars and restaurants will continue to remain closed and, unlike what has happened so far in the red areas, the tourist accommodation facilities will also close. Shutters lowered also for shops, with the exception of those that sell basic necessities, while production and craft companies remain open, provided that their employees are regularly tested.

Early childhood assistance services and elementary schools remain open (but only until February 9), while middle and high school students will return to distance learning for 100 percent of class hours. Primary school pupils will switch to distance learning only from 10 to 13 February, that is, until the Carnival holidays begin.

After the week of lessons already scheduled for Carnival, in fact, the boys and girls of elementary and middle schools will be able to return to the classroom, while those of the high school will have to wait another week and therefore will not return before March.

The regulations currently in force throughout the national territory remain valid as regards the limitation of social contacts in public and private places, including homes, as well as those concerning hygiene and social distancing. In some areas considered particularly at risk, it will also be mandatory to wear the Ffp2 mask.

What are the other areas that risk the red zone

The new weekly monitoring by the Higher Institute of Health and the Ministry of Health, which takes into account the period between 25 and 31 January, will sanction the possible color changes of some regions or specific areas.

The risk of switching from the orange to the red zone is Umbria, whose Rt is around 1, with a ratio between positives and cases tested equal to 23.6 per cent in the week between January 27 and February 2 . Numbers that suggest a worsening of the situation, which could therefore require the adoption of more rigid measures.

The Province of Chieti, in Abruzzo, is then under observation, where an ad hoc red zone could be established and limited only to that territory.

The rules of the red zone

According to the Prime Ministerial Decree of January 14, signed by the now resigning Prime Minister Giuseppe Conte, which will be valid until February 15, a whole series of limitations must be observed in the red zone.

The restaurants remain closed: the catering services remain closed for consumption at the table or on site, but they can make home deliveries and take away. Bars and beverage sales activities can take advantage of the takeaway only until 6pm.

As for the shops, only the commercial activities considered essential and contained in annexes 23 and 24 to the Dpcm remain open. Shopping centers and activities that are not included in the indispensable ones remain closed.

The parks, public gardens and play areas remain open, which "represent an available resource of great importance for everyone (…), to create outdoor experiences oriented both to the discovery of the environment and to the creation of play activities with the support of equipment placed to furnish the space itself ”, as stated in the Dpcm.

The movements are not allowed except for the usual reasons of work or necessity. However, visits to friends and relatives remain permitted, even if "the movement to a single inhabited private house is permitted, within the municipal area, once a day, in a period of time between 5 and 22, and within the limits of two more people than those already living there, in addition to minors under the age of 14 over whom such persons exercise parental authority and disabled or non self-sufficient people living together ". That is to say that it will be possible to welcome two adult guests outside their cohabiting household once a day.