Redooc Christmas Race 2018: boom of participants (and some surprises) 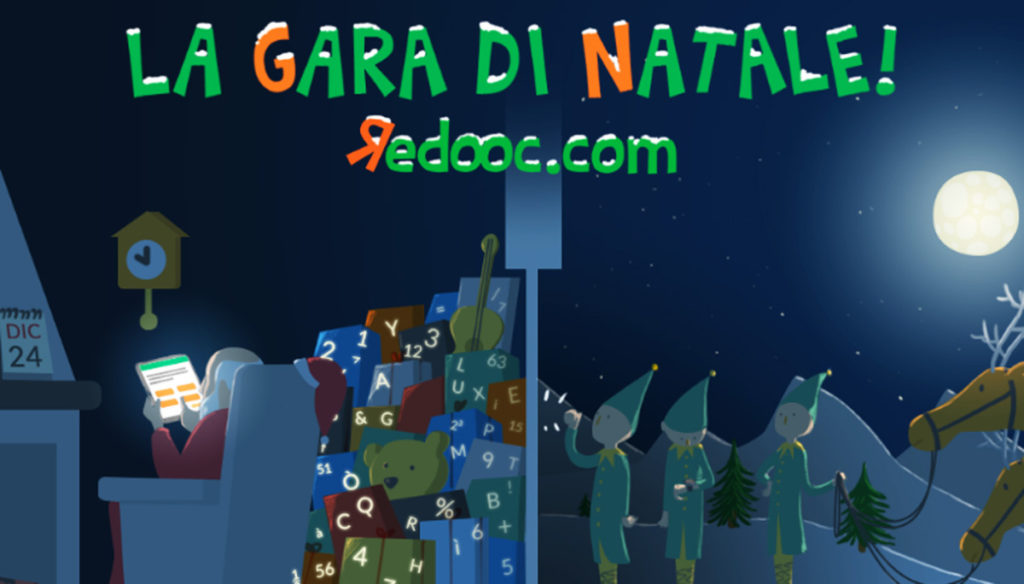 The 1st place team has touched 200,000 points. A wonderful battle with numbers and exercises

They battled numbers until 11 January. They were students and students of primary and secondary school, first and second grade. There were so many. More than half women. Almost two thirds played using a smartphone.

A few gems from Redooc …

Here are the comments received from a Prof

This morning a student told me: "Prof., Redooc is addictive!" I replied: "I think you're right! Last night to increase the Team's score I did not prepare dinner ". And we had a good collective laugh.

In the Team there was also a person with disabilities – continued prof – who thanks to the Race was really part of the Team. In the same class there is another disabled person, who follows a differentiated schedule, we will organize ourselves in time the next time to let her participate. Redooc is also integration!

Holidays have started for hundreds of thousands of Italian students. A few hours after the sound of the last bell, the only thought goes to rest days, family dinners, gifts and a free alarm. The parties, however, will pass quickly and the time will come to get back on the books and prepare to return to school. Tasks included. In order not to lose the training and to avoid the risk of having to start from scratch, we have a solution: a Christmas Race.

There is time until 12 noon on 11 January 2019. Until that day, primary and secondary school students of first and second grade will be able to compete in an exciting competition. It is organized by Redooc.com, Italy's largest mathematics gym! The competition is open to children and their parents, participation is free, just register here.

The regulation is very simple: the more you play (alone or in teams), the more points you accumulate (responding to interactive content) and the more positions in the ranking you climb.

On which subjects is the competition held? Mathematics, of course, but not only. We will have to deal with Italian financial education, physics and grammar. Fundamental subjects in the training of each student.

Register for free by following the instructions on this page.

Lorenzo Gavazzi
2442 posts
Previous Post
Babies and cuddles: the most important gestures for mom and baby
Next Post
Theobromine, the stimulant that acts on the nervous system: where it is and how it works