Reishi mushroom: properties, what it is for and how to take it 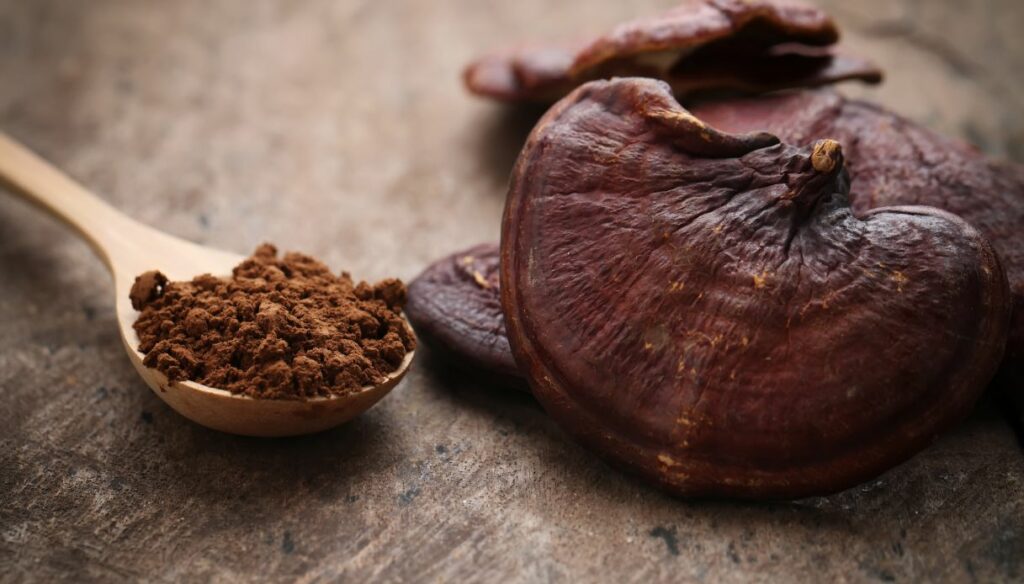 The Reishi mushroom (Ganoderma lucidum), also known as e ling zhi and ganoderma, is a saprophytic mushroom that grows on the bark of oak and chestnut trees in various hot and humid locations in Asia, where it is also widely cultivated. There are two varieties of reishi mushroom: the red reishi, with a reddish cap, and the black reishi which has a darker and more brown color of the cap. These are mushrooms that can be consumed as they are, dried, but which are more often used in powder and in the form of dry extract to be taken as a food supplement. The reishi mushroom is in fact used as a natural remedy and its use has long been known in oriental medicine, which considers it miraculous and gives it countless benefits and properties. Reishi mushroom contains a variety of molecules, including polysaccharides, proteins, triterpenes (ganoderic acids), which over time have been identified as responsible for its health effects. Among the major benefits attributed to the reishi mushroom we find that of strengthening the immune system and counteracting the damage caused by free radicals.

Ownership and what it is for

One of the most important properties of the reishi mushroom is its immunostimulating one. In fact, taking reishi supplements seem to strengthen the immune system, increasing the body's natural defenses, reducing any inflammatory states and infections and speeding up the healing process. The immunostimulating activity of reishi would involve increasing the activity of natural killer cells and lymphocytes, cells of the immune system. Furthermore, the ganoderic acid present in the mushroom would have an anti-allergic action as it would limit the production of histamine.

The reishi mushroom would then have antioxidant activity, so its intake can help prevent damage to cells by free radicals. The antioxidant activity protects the whole body from oxidative stress and prevents numerous diseases, such as liver diseases due to intoxication. The reishi mushroom also has an adaptogenic and tonic action and can help support the body in case of physical and mental fatigue by further increasing the immune system response and also improving mood. In particular, the reishi mushroom could relieve irritability, agitation, anxiety and nervousness and some psychosomatic symptoms related to excessive stress and mild depression, such as headaches and muscle pain, improving the quality of life.

The intake of reishi and preparations containing it could then increase "good" cholesterol and reduce "bad" cholesterol, triglycerides and blood pressure, improving the health of the cardiovascular system. Thanks to the reduction in blood sugar induced by the consumption of reishi, it could also prevent the onset of diabetes or help control the disease.

Finally, it is thought that the reishi mushroom may have anticancer properties and be helpful in the prevention of various types of cancer including breast, prostate and bowel cancer. Part of the many properties attributed to the reishi mushroom derive from the traditional use of this remedy, while some have been proven by scientific research. Overall, supplementation with reishi mushroom could increase the body's defenses and help prevent numerous diseases including cardiovascular diseases, diabetes and cancers. Clearly the intake of supplements based on natural remedies, including those that contain reishi mushroom, should not be understood as a substitute for a balanced diet and a healthy lifestyle, but only as an additional tool for improve your well-being.

The daily dosage of reishi mushroom varies based on the form used. The fresh or dried mushroom, which is difficult to find, should be consumed in quantities ranging from 30 to 100 grams per day. Normally, to enjoy the benefits of reishi mushroom, dietary supplements are used in capsules or tablets that contain the dry extract to be taken according to the manufacturer's instructions. In general, the dosage is between 2 and 9 grams per day. The use of reishi mushroom should be continued for no more than four months, possibly repeating the intake after a suspension of two or three months.

The use of reishi supplements has no particular side effects but it is recommended to consult your doctor if you want to take reishi during pregnancy and breastfeeding or if you suffer from low blood pressure. On the other hand, the intake of reishi is contraindicated in case of allergies. Taking reishi preparations in high doses or prolonged over time could cause digestive problems such as stomach pain or nausea. Much more rarely, prolonged use can have harmful effects on the liver.

Maria Teolis
3428 posts
Previous Post
Temptation Island, Luciano blurts out on Instagram: "The story with Manuela is true"
Next Post
“Michelle Hunziker in crisis with Tomaso Trussardi”: she clarifies