Restaurants, cinemas and theaters: the plan for reopening 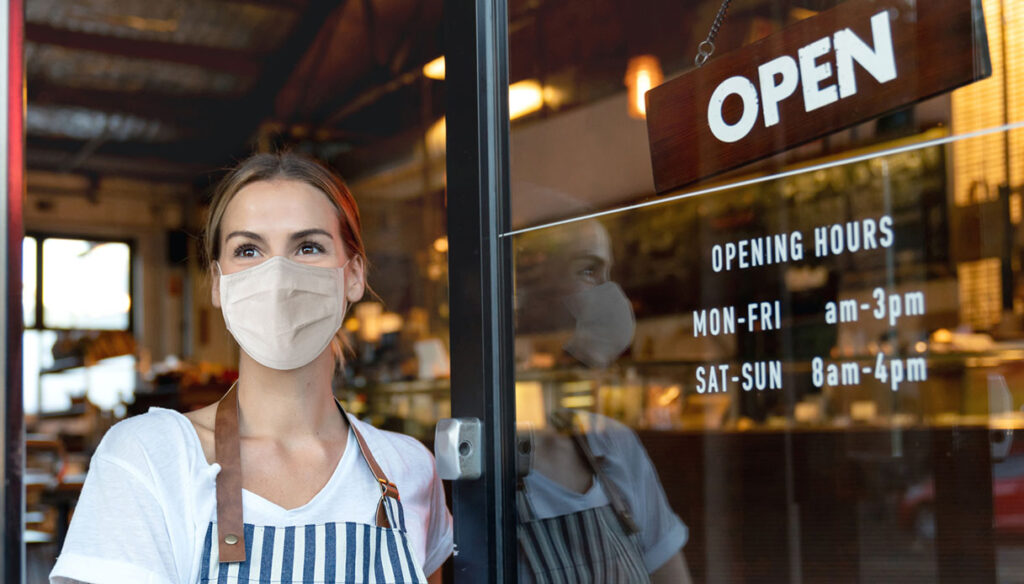 The Technical Scientific Committee is working on new guidelines for commercial activities: when restaurants, cinemas and theaters could reopen

There is no precise date yet, but the hypothesis that restaurants, cinemas and theaters may reopen soon is increasingly realistic. Everything will depend on how much infections will drop in the coming days and on the progress of the vaccination campaign, but in the meantime, Prime Minister Mario Draghi specified that he wanted to "see the next few weeks of reopening, not closures" and for this reason he would have already asked the Technical Committee Scientific to draw up new protocols, guidelines that allow a gradual reopening to the most affected sectors, such as those of culture and catering.

Currently there is still no official indication on when it will be possible to return to loosen the measures and review at least the yellow zone, also because the same executive seems divided into two fringes: on the one hand there are those who invite caution (of this the opinion would be the Minister of Health Roberto Speranza who recalled that "the situation in Europe is not easy. France is in lockdown, Germany is calling for a new lockdown. The closures and red areas of recent weeks are bringing the first results. . Several Regions will go into the orange area. But we must be very cautious "), on the other hand there are those who push to take steps towards a glimmer of normality, at least now that the milder temperatures will allow us to live more outdoors.

Restaurants, the proposal to reopen those with outdoor tables

One proposal, for example, is to start allowing the reopening of premises that have outdoor areas and non-indoor spaces available. "If it is confirmed, as all the studies tell us, that it is more difficult to infect and become infected outdoors, it would be useful that those activities that can be carried out outdoors can begin, in obviously restrained forms, to reopen" and that it is possible to “Begin to give some life to activities that have been closed or partially closed for too long”, is the idea that Stefano Bonaccini, president of Emilia Romagna, hypothesized to the microphones of Rai Radio1.

When the restaurants are due to reopen

What is certain is that the easing of the measures will not arrive before the end of the month: in all likelihood we will have to wait for the next decree. So May could be the month of the restart, even if there are those who push to anticipate at least the last week of April.

According to Undersecretary of Health Pierpaolo Sileri “we have to copy the United Kingdom, borrowing their experience and giving a timing based on what they have done. Since we started a bit late as Europe, we can hypothesize reopening a month and a half after Great Britain and the USA. I believe that between April 20 and May 15 a lineup of reopening is likely “. The President of the Draghi Council, however, refuses to draw up a road map, at least not officially, because behind the scenes he is evaluating how to proceed to restore table service in the areas of the country where epidemiological data will allow it. It is also essential that the numbers of vaccinated growers, as Commissioner Figliuolo himself said: "If we manage to complete the vaccines for the over 80 and the frail, we will open up to the productive classes".

At the moment, as has happened previously, we are only talking about the possibility of welcoming customers at lunchtime. For dinner, it seems unlikely that the curfew start time will be postponed.

When cinemas and theaters reopen

A separate chapter concerns cinemas and theaters, for which the Minister of Culture Dario Franceschini is trying to push on the accelerator in the elaboration of a new protocol together with the CTS. Also in this case, from May things should change, allowing, in the Regions in the yellow zone, the extension of the maximum capacity of the indoor venues from 25 to 50 percent of the total seats, with the limit of spectators set at 500 instead of 200. In arenas and outdoor places the maximum threshold could go from 400 to one thousand, with the obligation in any case to wear ffp2 type masks.