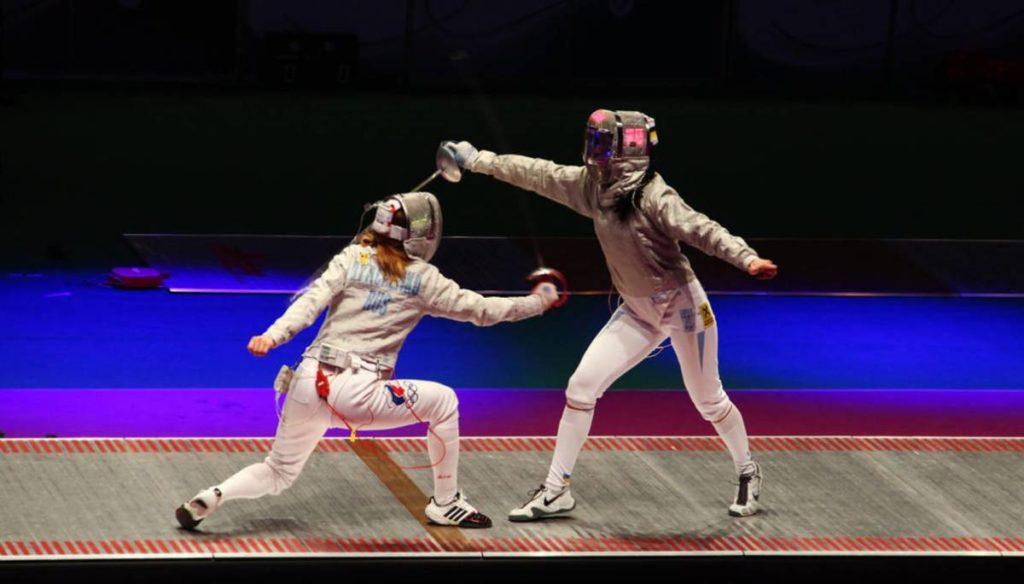 Enrico Garozzo is one of the athletes in whom Italy trusts in the upcoming Rio 2016 Olympics. Let’s find out more about this young sword fencer

Enrico Garozzo was born on June 21, 1989 in Catania. The fencer of the Carabinieri, specialized in the sword, is among the favorite blues to bring home a medal during the upcoming Rio 2016 Olympics. The Italian athlete is at the first participation in the Olympic Games, but the Italian fencing national has high expectations in the his comparisons, both in individual and team tournaments. In the latter he will be joined by his companions Paolo Pizzo, Marco Fichera and Andrea Santarelli. Enrico’s debut in the individual test will take place on August 9, while the team test will take place on August 14, on the last fencing day in Rio 2016.

The Technical Commissioner of the sword Sandro Cuomo places great trust in the skills of Enrico Garozzo, who has shown in recent years that he has embarked on the right path of growth and technical maturity useful for facing an important event such as the Olympic Games in Rio de Janeiro. Let’s now retrace the sporting career of the Italian swordsman. Garozzo approached fencing from an early age and since 2006 he has achieved his first international successes in the Cadet and Youth categories. He joined the senior national team in 2010, making his debut at the Paris World Championships and finishing in sixth place.

The first professional medal came only in 2013, when he won the bronze medal at the Mediterranean Games in Mersin, Turkey. At the 2014 world fencing championships in Kazan, he won the bronze medal in the individual sword. Enrico Garozzo’s latest success is dated June 24, 2016, when he wins the silver medal in the team sword together with his team mates Lorenzo Buzzi, Paolo Pizzo and Andrea Santarelli, on the occasion of the European fencing championship in Toruń, Poland .

This result brought the Italian national team back to the specialty podium after seven years after Plovdiv’s bronze. To date, the Italian fencer has participated in four world and four European championships and is preparing to take part in his first Olympiad. Enrico is the elder brother of the florist Daniele, who is also part of the blue delegation that will go to the Rio 2016 Olympics. This is who the swordsman Enrico Garozzo, future of Italian fencing, is.