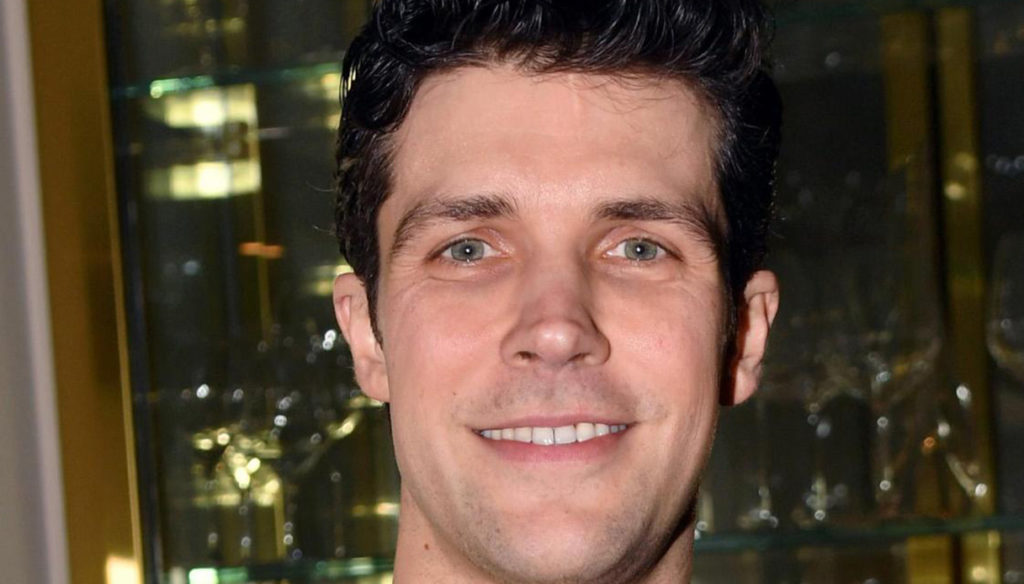 Roberto Bolle triumphed with "Danza con me" and is increasingly loved: his career, great successes and love life

Talent, elegance and grace are the qualities that made the public fall in love with Roberto Bolle. The dancer was one of the undisputed protagonists of the last month on the small screen, first with the stellar performance at the Prima della Scala, then with the New Year's show Danza con me.

The broadcast, which excited viewers, saw the étoile of the Teatro alla Scala in Milan perform and welcome many guests from the world of dance, music and entertainment to the stage. The fourth edition of Danza con me was a confirmation of his great talent and the affection of the public who continue to follow him with great interest.

Roberto Bolle, the love for dance and great successes

Dance has always been his great passion, that dream in the drawer to be realized: already as a child, in fact, he imitated the dance steps he saw in television varieties. His career began at a very young age: when he was only twelve he joined the ballet school of the Teatro alla Scala Academy.

A great sacrifice for such a young boy, as he told Vanity Fair: “From the familiar comforts of the day before I saw myself plunged into a rigorous and competitive environment. I had some fits. I used to cry: I felt an emotional hole, an absence, an emptiness. More than once I have been on the verge of taking a return train, but I resisted the urge. Staying in Milan was important, luckily I was able to understand it. And to see the results ”.

At the age of fifteen, his first great success arrived: the first to notice his talent was Rudolf Nureyev who at that time was at La Scala and had chosen him for the role of Tadzio in Flemming Flindt's Death in Venice. Bolle, however, was too young and the Theater did not have the authorization: "I was desperate, I cursed and thought that a train like this would never pass again – he told Vanity Fair -. To understand that there were solid reasons behind that refusal, it took a profound assumption of maturity. However, meeting Nureyev somehow changed my life. If I think about it, a sense of fate passes through me, almost of predestination "

At the age of nineteen he joined the La Scala dance company and two years later, at the end of one of his Romeo and Juliet shows, he was appointed Principal Dancer by the then director Elisabetta Terabust. Roberto Bolle has thus become one of the youngest Prime Dancers in the history of the theater.

In 1996 he left the dance company to become a freelance dancer, a step that opened the doors to his international career. It is thanks to his enormous talent that he plays the leading role in the most famous ballets and dances in the most famous theaters in the world.

In 2003 he became Etoile of the Teatro alla Scala and in 2009 he was appointed Principal Dancer of the American Ballet Theater in New York: he is the first dancer in the world to cover both roles.

Even the Italian TV has noticed its great value, so much so that it is requested as a guest in many broadcasts from the Sanremo Festival, to the David di Donatello, passing through SuperQuark to Dancing with the Stars.

L'étoile this year was one of the great protagonists of the Prima della Scala, which for the first time aired on the small screen due to the health emergency. And then the triumph of Danza con me, a show now in its fourth edition and which has now conquered the hearts of the public: “It has become an appointment that many people are waiting for and not only in the world of dance. A habit that enters the homes of Italians and brings, thanks to this transmission, a lot of dance, and therefore a lot of beauty, magic, poetry of dance ", he told Mara Venier.

In the life of the talented dancer there is not only dance: although he has always claimed to want to keep his private life out of the spotlight, recently Roberto Bolle was spotted in the company of Daniel Lee, a Dutchman who works in the fashion world . In fact, he plays the role of creative for the luxury brand Bottega Veneta.

Before Lee in 2015 he had been paparazzi in the company of Antonio Spagnuolo, a well-known plastic surgeon. "What happened between us is there for all to see – Bolle said -. You have seen it and there is nothing wrong with it, nothing to be ashamed of. It was a passion, indeed, I would say a great desire to know each other. A good start, but he went to die alone ".

According to what was revealed by Dagospia, Bolle and Lee met about a year ago and since then they have been a steady couple. In June, the two were paparazzed by the weekly magazine Chi during a romantic stay in Venice.

Roberto Bolle, however, jealous of his privacy, never released any statement on the matter and, interviewed by Vanity Fair, he wanted to underline the choice to keep his love life to himself: "The space that goes beyond the stage, when the curtain closes , for me it is very important, personal and absolutely private – he had confessed -. I have always tried to guard it jealously. I'm not saying it has to be important to everyone in the same way, but it is to me ”.

Roberto Bolle, plans for the future

Roberto Bolle's life was based on discipline, lots of training but also of great satisfaction. His great talent, his tenacity, his sculpted physique and his calm but determined character have made him a myth.

After reaching many goals for Roberto Bolle in the near future there is still dance: guest of Che tempo che fa, he revealed that he was not yet ready to retire, denying the rumors that he was ready to stop: "I don't know when I retire, that depends on my physique, we will see that later ”.

And after the great success of his latest program, Bolle has also published his book, Parole che Danzano, in which he talks about his passion, his life and his artistic career. At Vanity Fair he confessed: “Now I'm where I wanted to be all those years ago. I have always been honest and loyal to others and have received honesty and loyalty in return. If I look at myself I see a 45 year old man who feels fulfilled, serene, happy and mature both as an artist and as a man ".

Barbara Catucci
6557 posts
Previous Post
Miriam Leone, the message for Roberto Bolle on Instagram after Dance with me
Next Post
Charlene of Monaco, worries at the palace: Alberto and another secret daughter