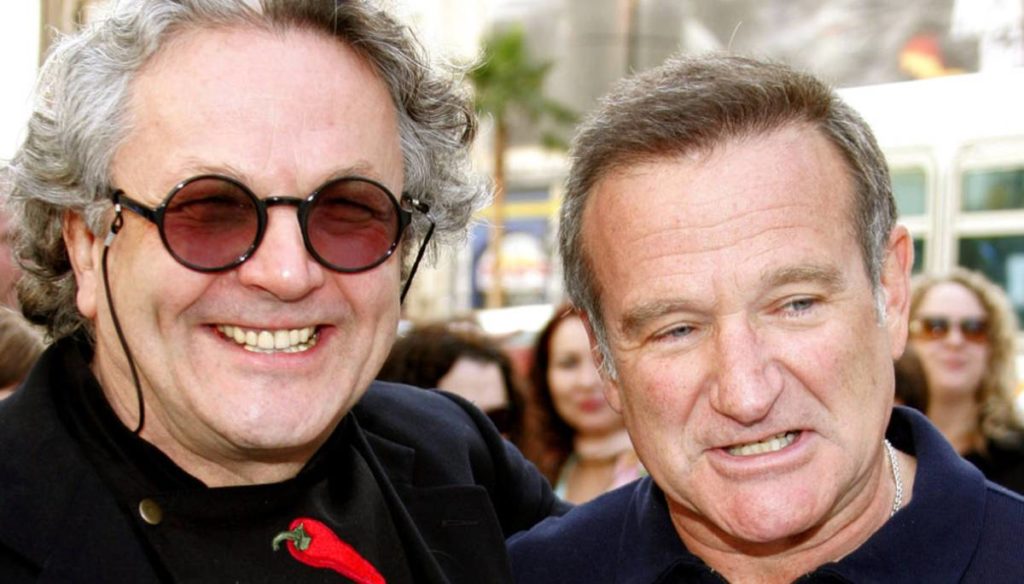 Let's get to know the famous Robin Williams better. Life and filmography of one of the best actors in the history of American and world cinema

Robin McLaurin Williams, known by the public as Robin Williams, needs no introduction. The actor, comedian and film producer, in fact, was one of the best in his profession, appreciated by both the public and critics. Robin Williams was born in Chicago (just like Harrison Ford), a city in the state of Illinois in the United States of America that gave him birth on July 21, 1951. During his adolescence he did not immediately love the theater, preferring especially study and sport. At about twenty years of age, he understood that his vocation was to act and began his career as an actor in theater comedies.

His consecration as a film actor came in the 1980s, particularly in 1987 with his participation in the film Good Morning, Vietnam directed by director Barry Levinson. Two years later Robin Williams beautifully plays the role of John Keating, a literature professor in love with poetry, in the beautiful film Dead Poets Society. For his performance, the actor received the nomination for best lead actor, but in the end the award went to Daniel Day Lewis for the film My left foot.

Just two years later he received a second nomination for the award for best leading actor for the film The Legend of the Fisher King, but also on that occasion the award went to a colleague (Anthony Hopkins in the film The Silence of the Innocents). In the 1990s, Robin Williams starred in numerous films that made the history of cinema, for example Hook – Captain Hook, directed by Steven Spielberg. In that film, the actor played Peter Pan, while Captain Hook was Dustin Hoffman.

Many also remember him for his performances in the films Mrs. Doubtfire, Jumanji, Flubber and Jakob the liar. His first and only Academy Award, Robin Williams won it in 1998 thanks to the film Will Hunting – rebel genius, where he starred with Matt Damon. On that occasion, however, Williams triumphed in the category of best supporting actor. The duet with Ben Stiller in the films One Night at the Museum and One Night at the Museum 2 was very funny. Robin Williams passed away on 11 August 2014.

Giovanna Pirri
5949 posts
Previous Post
Gyrotonic: the future for your body
Next Post
Not only aspirin and vitamin C: colds are treated, first of all, at the table