Rocío Muñoz Morales, the sweet and unprecedented shot on Instagram for his daughter's 5 years

An exciting shot, of one of the most special and extraordinary moments in a person's life: Rocío Muñoz Morales shared it with his many fans on Instagram.

The Spanish actress, TV presenter and model, born in 1988, has been linked to actor Raoul Bova since 2013 when they met on the set of the film Immaturi, a relationship born shortly after the farewell between him and his ex-wife Chiara Giordano.

Two little girls were born from the love between Rocío and Raoul: Luna and Alma, and it is to the first of the two that the very tender shot that the showgirl published on social media is dedicated.

It is the moment immediately after giving birth with the baby that is shown to mom and dad, indelible moments that remain in the heart of every parent. And the joy and love can be read on the faces of the two actors as they look at their little girl.

Rocío Muñoz Morales, to accompany the image, also wrote a very sweet dedication: "5 years ago the best part of me was born with you. Thanks for existing Luna. Best wishes my love! ”, Sweet words dedicated to the daughter. But also for his father for whom he adds: "PS Thank you for being the perfect adventure companion."

The couple recently starred in an interview with two in Silvia Toffanin's living room. Verissimo talked about each other in a long chat that touched on many different topics. Starting from their beautiful love story, born seven years ago, up to their daughters. Luna was born in 2015 while Alma three years later. Raoul is also the father of Alessandro Leon and Francesco, with his ex-wife Chiara Giordano.

Apparently he is the more severe of the two, while Rocío told Toffanin: "I have enormous complicity with them, I don't know if it's because they are female or because I'm far from my family of origin, but we are as one person ".

Rocío and Raoul are a beautiful couple, capable of making us dream. As with this unreleased shot of a very special moment that the actress wanted to share with fans. A photo that sparked followers with lots of likes and wishes for little Luna's birthday. 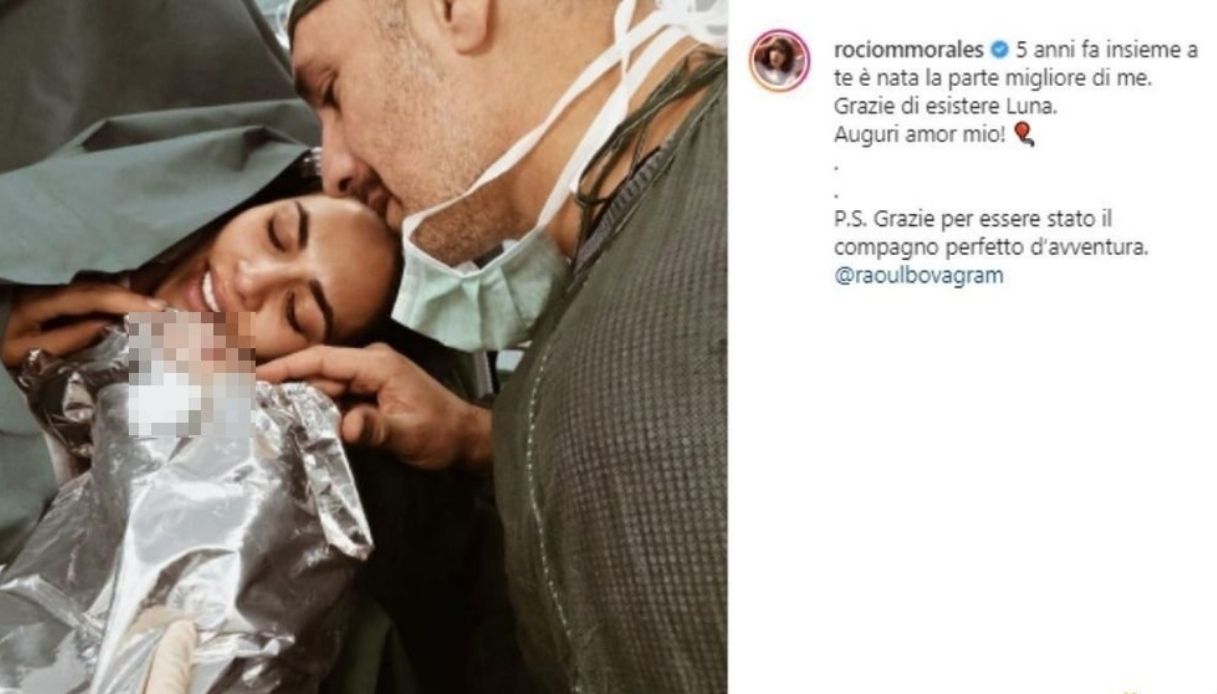 Barbara Catucci
7207 posts
Previous Post
Elisabetta Canalis, blonde turning point. But the fans don't like it
Next Post
Meghan Markle and Harry out of the Royal Family: the Queen gives the ultimatum